Mr Goulding, who runs 80 pedigree cows at Ballyduff, Tralee, said: ”This is my first time judging in the north, and I’ve really enjoyed myself. Congratulations to the Northern Ireland club on a well-organised show, and a big thank you to the exhibitors for putting on an excellent display of quality calves.

“The intermediate heifer class stood out, boasting an entry of nine March and April born calves. It presented a real challenge, as there were several top quality calves with very little between them.”

“This heifer has great ring presence and really stands out,” exclaimed the judge. “She is long and clean and oozes style and femininity in abundance.” 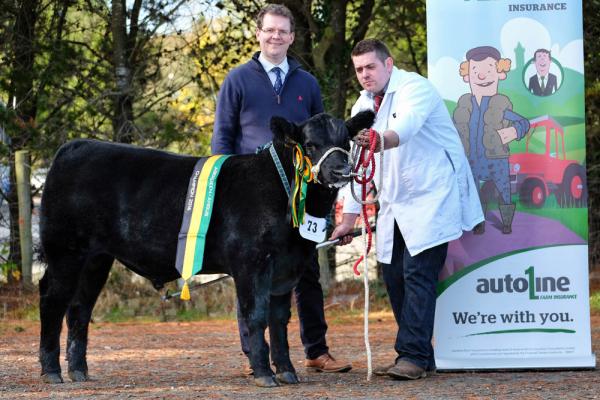 Runner-up for the overall championship was the four-month-old bull calf Ashvale Lord Jet S042 exhibited by Richard and Fiona McKeown, Templepatrick. Sired by Bova Lord Blackwood H175, his dam is the home-bred Ashvale Lady Jane M471 – one of 20 cows in the herd. 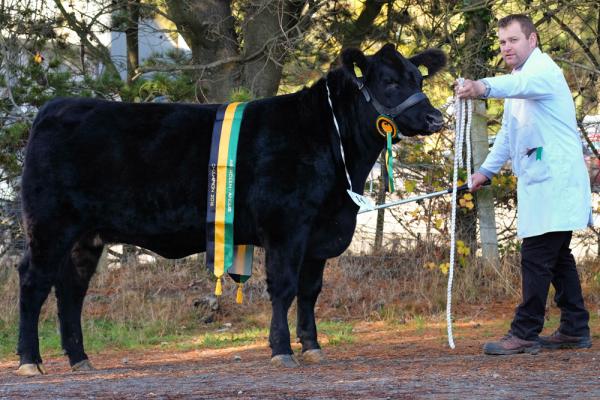 Claiming the yearling heifer championship was the May 2015 born Drummeer Blackbird R853 from Alan and Naomi Morrison’s 15-cow herd at Maguiresbridge. Sired by the 19,000gns Blelack Evermore J231, she is bred from Drummeer Blackbird M803 – heifer calf champion in 2012. 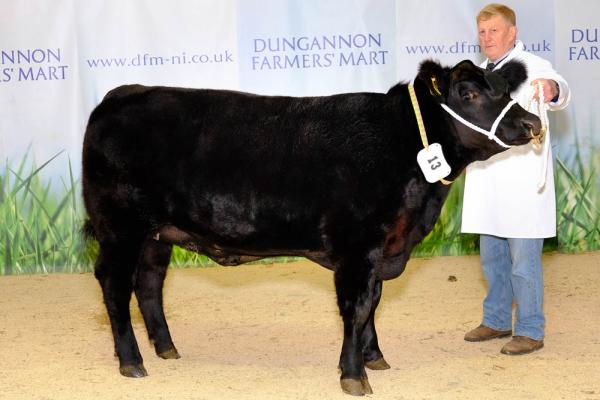 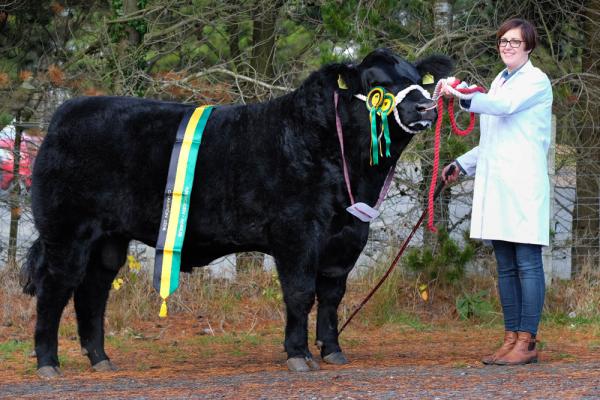 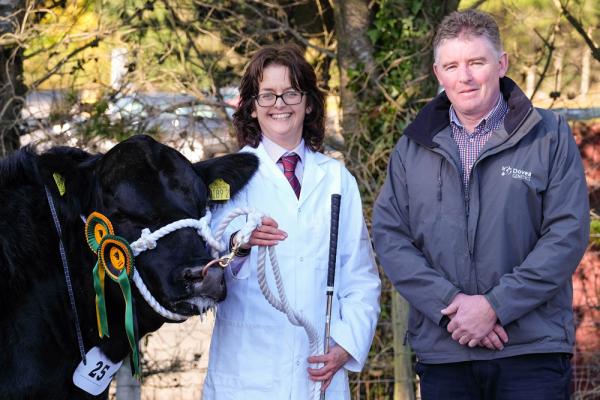 The Matchett family from Portadown, Nigel, Gail, Sarah and Sam, secured the reserve yearling bull award with the fourteen-month-old Birches Lord Justin R892. He is by former herd sire Beryl Jamey ET, and is bred from Carrigroe Lady Julie C399 – one of 18 cows in the herd, and dam of the prolific show winner Carrigroe Lady Jane. 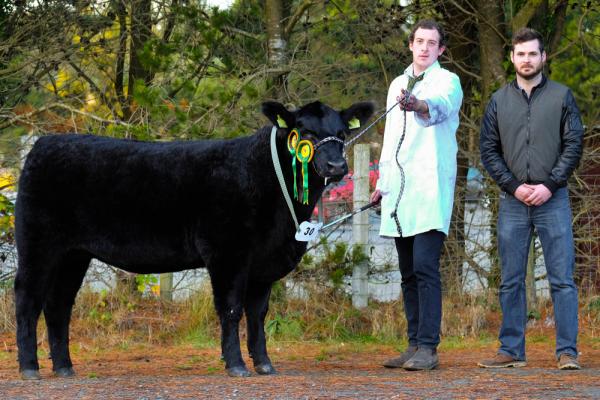 Fintan Keown from Belleek won the reserve heifer calf championship with the eleven-month-old Home Farm Ebony Stunner S087. Sired by the three times All-Ireland champion Rosemead Karona J957, she is bred from Home Farm Ebony Swinger G393 – one of five pedigree cows which are run alongside a 25-cow commercial enterprise. 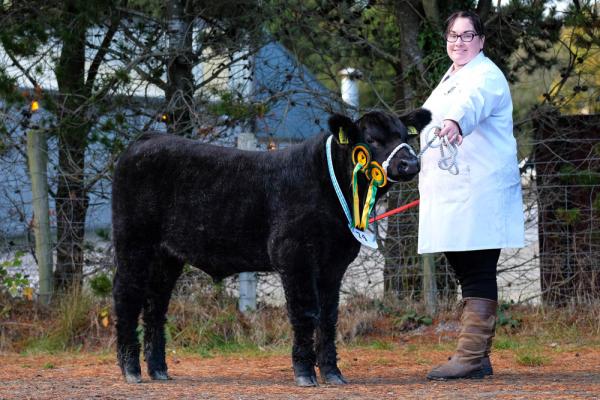 The Parke family, Adrian, Aaron, Graeme and Jemma, from Strabane, claimed the reserve bull calf championship with the four-month-old Coolermoney Ralf S611. Sired by Retties JFK, he is bred from Coolermoney Raven L117 – one of seven cows in the herd. 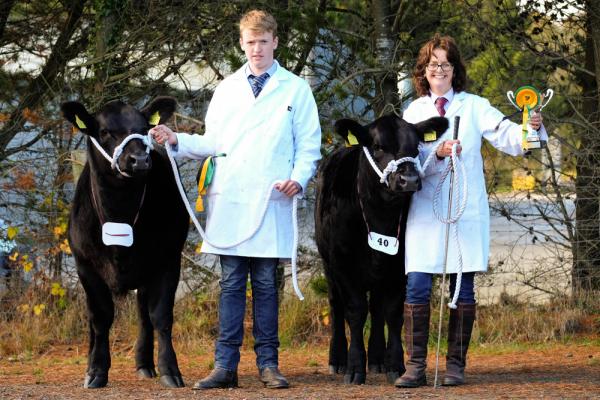 The David Dickson Trophy for the best pair of calves was won for the third successive year by the Matchett ‘s Birches Herd. 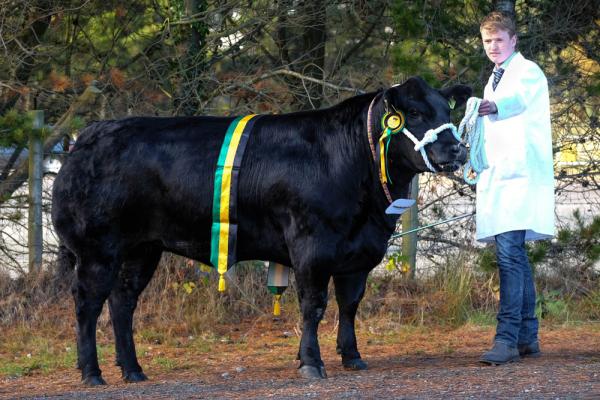 The Matchett family also won the commercial championship with the January 2015 heifer Shes The One by Carrigroe Fred. Runner-up was Lady Luck, a May 2016 born heifer by Lisduff Dandy, shown by Fiona Troughton from Ballygawley.

To read the full report, see class results and more images, take a look at the Irish Association website.