Andrew and Sarah Shufflebotham run the Cheerbrook Angus herd in Cheshire, where they also manage their Farm Shop, Cheerbrook Farm Shop. Andrew currently sits on the Council for the Aberdeen-Angus Cattle Society, and both himself and Sarah are passionate cattle breeders. Andrew has been involved in the industry ever since he received his first cow as a Christmas present aged 14, and the Cheerbrook Herd currently consists of 15 spring calving cows and followers. We recently spoke to Andrew to hear a bit more about the Cheerbrook Angus herd and his thoughts on the Aberdeen-Angus breed in general.

The Shufflebotham family has long been involved in the world of cattle breeding, originally breeding Hereford cattle. Through contacts made within the Hereford breed, Andrew had the opportunity to travel to Canada and Australia for work which is an experience he values very highly. When talking of his earlier experiences with cattle, Andrew said:

‘’As the family farm diversified, the Herefords were sold and I decided to start my own herd.  I looked at all the options and decided that the strength and progress of the Aberdeen-Angus breed was absolutely where my future lay with cattle. With a lot of thought and research, I decided to buy embryos from Canada to establish Cheerbrook Angus. I had never done any ET (embryo transfer) work before and fancied experimenting! The genetics I chose were extremely fast growing up to 400 days, but slowed down from that point.’’

Andrew informs us that the most successful mating he had was Bando 5175 X DMM Miss Essence 90k, which produced three heifers that have been the backbone and foundations of the now extremely well-established Cheerbrook herd. Since then, other families have been added from UK herds, which Andrew feels have greatly complimented his original embryo transfer calves and extended the growth curve.

At the Cheerbrook operation they are big believers in performance recording.  All calves are scanned and recorded, and sires used are selected for performance, but only used after a visual inspection of parents and off-spring. When talking about what the future might hold for the Aberdeen-Angus breed, Andrew responded:

‘’I believe the Aberdeen-Angus breed has a fantastic future in the UK and around the world. The drive for eating experience, not just for red meat yield, really plays into the breed’s hands. If we select on performance records for traits which the retailers pay us a premium for, we can only go from strength to strength and galvanise the fact the Aberdeen-Angus is the only native breed which will perform as well as a continental, but deliver an eating experience which is far superior.’’

‘’The World Angus Forum next month is an opportunity to understand and embrace the success of the Aberdeen-Angus brand around the world. To be able to showcase the genetics we have to the leading breeders in the world, is a great opportunity.  With the National Show entries at 200 it’s going to be a great spectacle.’’

Aside from cattle breeding, Andrew and Sarah run the Cheerbrook Farm Shop which takes up much of their time. The farm shop covers a range of different products and offerings, including butchery, bakery, delicatessen, farm shop, café and kitchen. Andrew also jokes:

‘’Maybe in a couple months when the Forum has passed and the cows are back in calf and the BBQ season has settled down, I’ll find time for the family and my other pastime – biking!’’.

Here’s a selection of photographs from Andrew and Sarah’s Cheerbrook Herd: 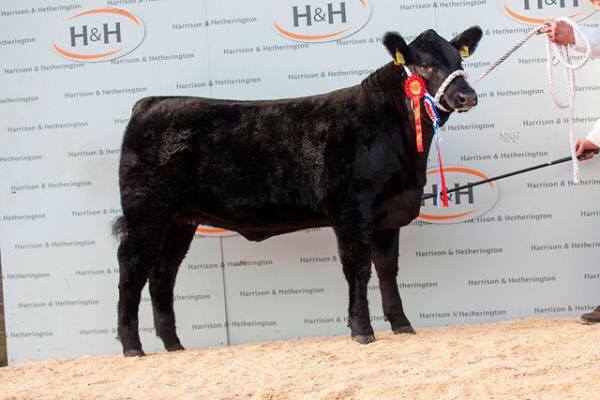 Image: Erilla, daughter of Penguin Henry and and winner at the National Calf Show, Carlisle. 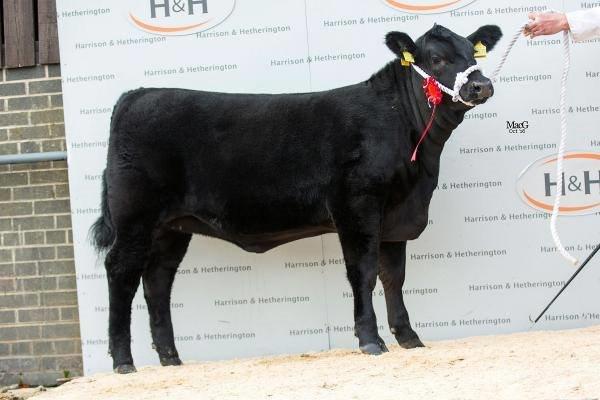 Image: Eva’s Honey, daughter of Penguin Henry and and winner at the National Calf Show, Carlisle.