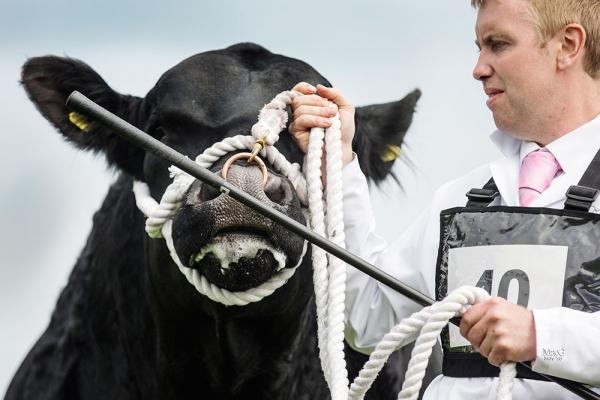 Strong class numbers graced judge Angus Stovold of the Surrey-based Rosemead herd today at Balmoral Show where he found his champion in the form of the senior bull, Haughton Levi P105, from James Porter.

Bred by Whittaker Farms, this Hallington Evo L333 son was purchased in Stirling in October 2015 for 20,000gns having stood senior champion and prior to that was a class winner at the Summer National Show that year. He’s out of the successful show cow Haughton Laura L026, a Rawburn Elysium F547 daughter. 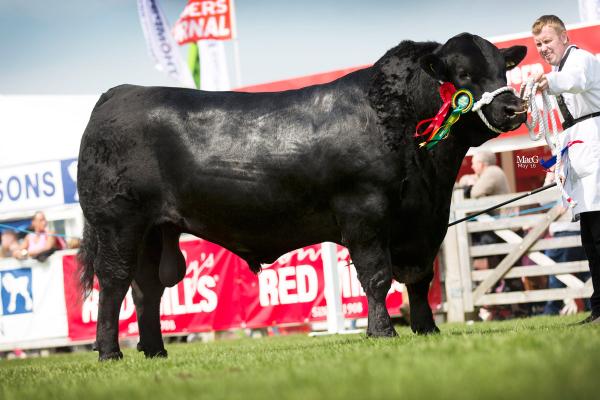 Commenting on his champion, Angus Stovold said: “My champion today was a clear winner. He’s a bull with presence and locomotion and was a great example of the breed.” 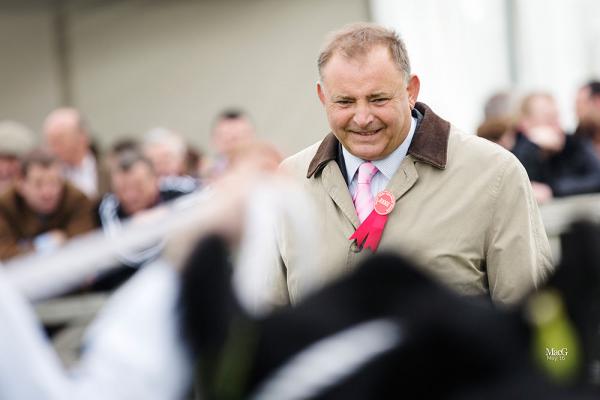 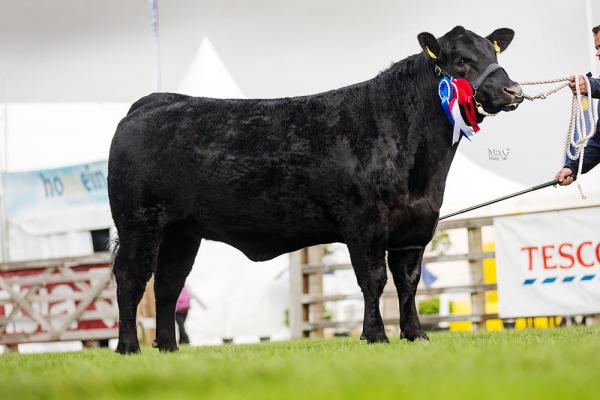 Adding his thoughts to the female champion, Angus Stovold said: “I really liked this heifer, she had good scale and length and moved well. I just would have liked to see her with a calf at foot.” 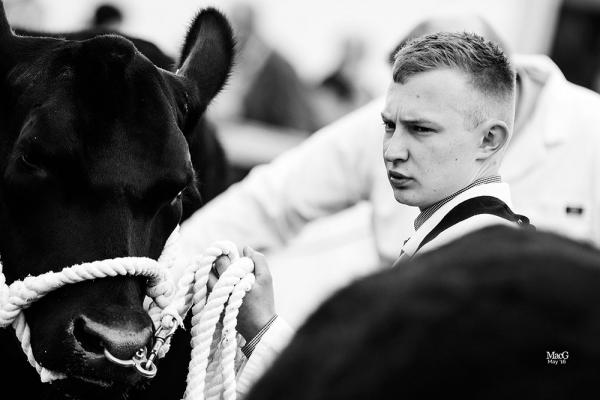 The reserve male champion honours also went to the Old Glenort team, this time in the form of the junior bull and junior champion Old Glenort Krank, a son of The Moss Quebec K027 out of Old Glenort Kathleen M704. 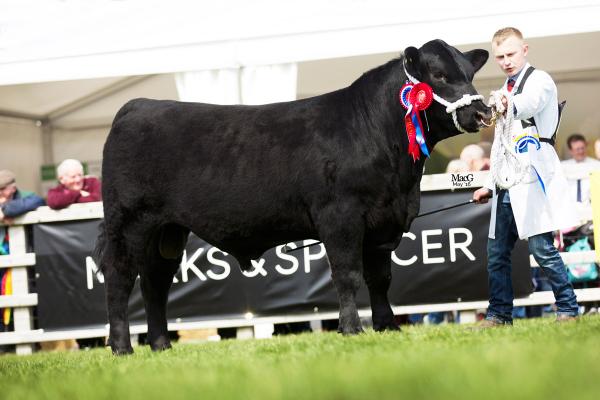 In the females it was Gemma Parke who took reserve with Adrian and Graeme Parke’s yearling heifer Coolermoney RosannaR482. 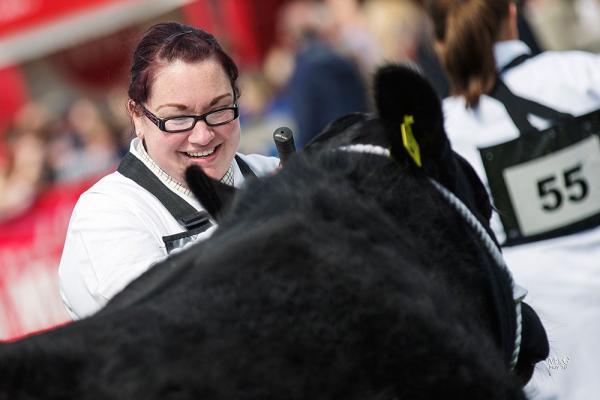 Born February 2015, this one is by Netherton Americano M703 and out of a former show female Coolermoney Rhoda L165 who was pairs winner at the Northern Ireland Calf Show. 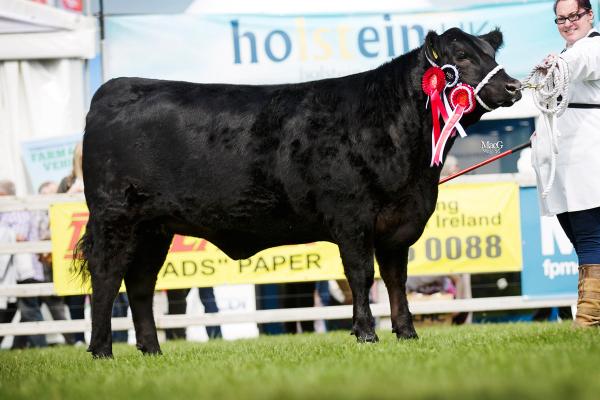 James Porter also took success in the pairs competition when his overall champion bull teamed up with the winner of the cow class, Old Glenort Kim K761, a 2010-born Netherton Fleur’s Legacy F390 daughter out of Netherton Kim C276. She was shown with her Cardona Fergus calf at foot. 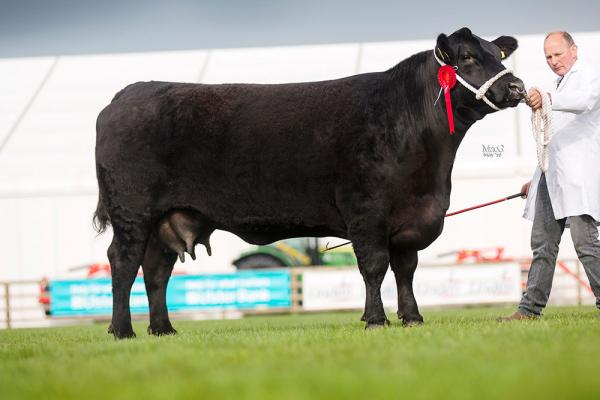 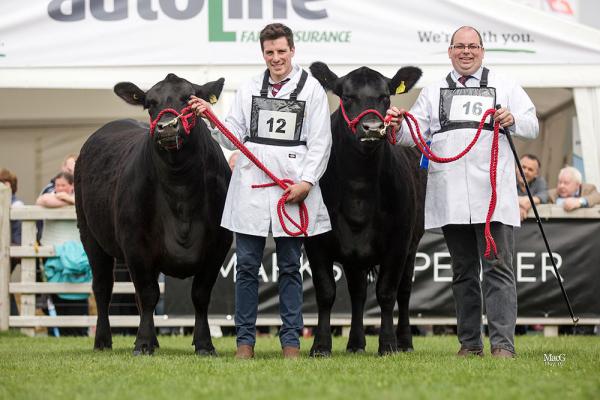 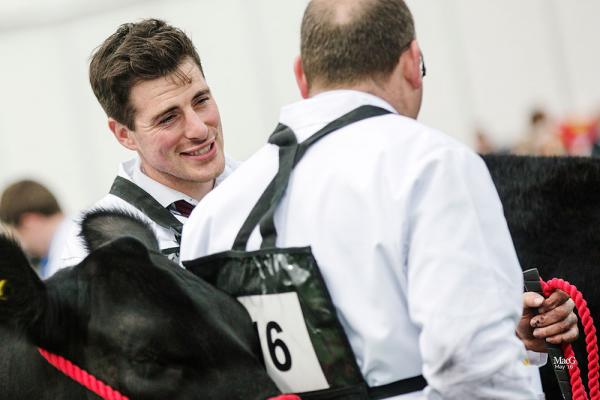 Meanwhile, winning the second class of females for a 2013-born cow or heifer in milk or in calf was Adrian and Graeme Parke again, this time with the privately purchased Mogeely Lady Hilda N241. Bred by Albert and Jennifer De Cogan, this one is by Jerusalem Walk On K180 and is out of Mogeely Lady Hilda J996.This one will next head to Ballymoney Show. 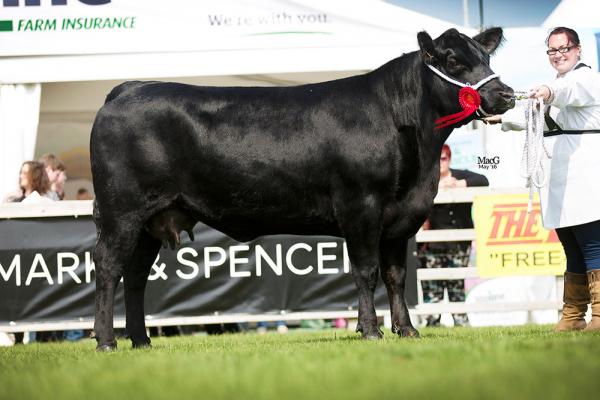 Cow, born on or before 31st December 2012, in calf or having produced a calf during the 12 months prior to the opening day of the show:

Pair of animals, owned by the exhibitor 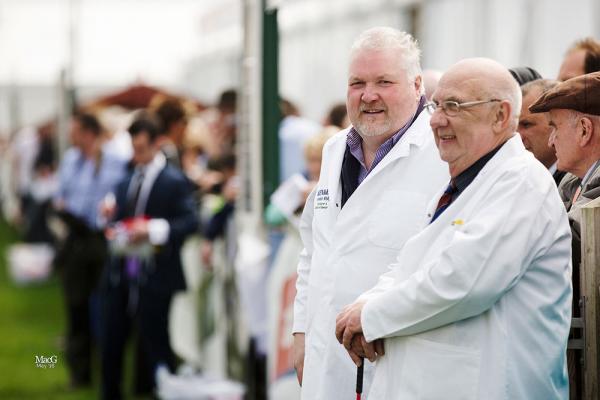 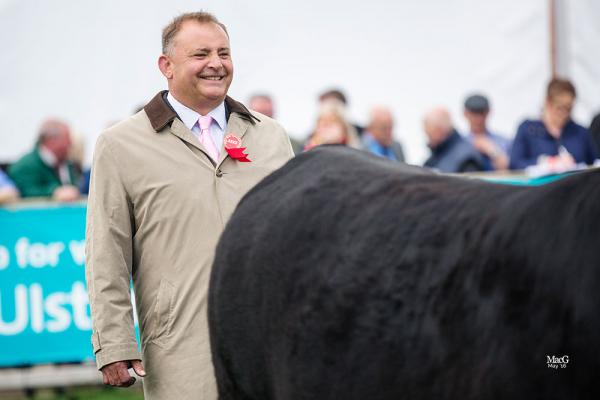 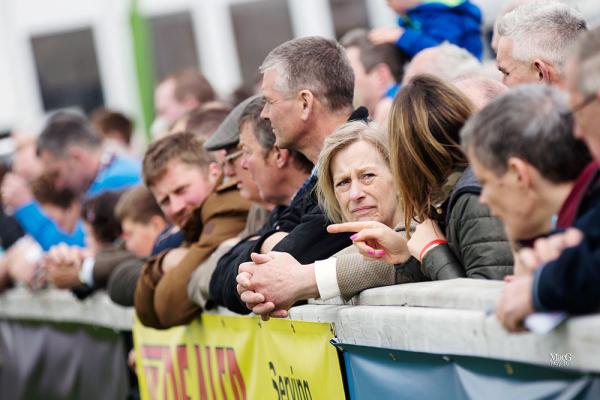 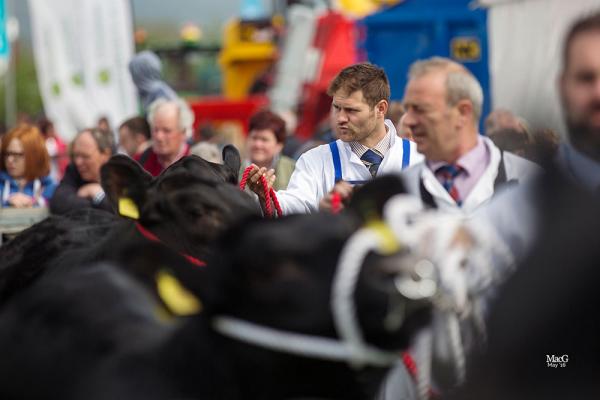 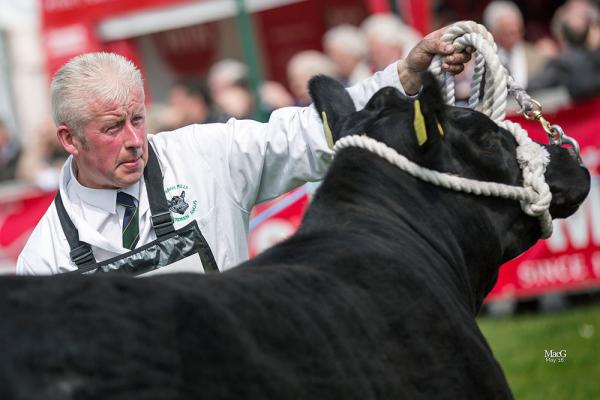 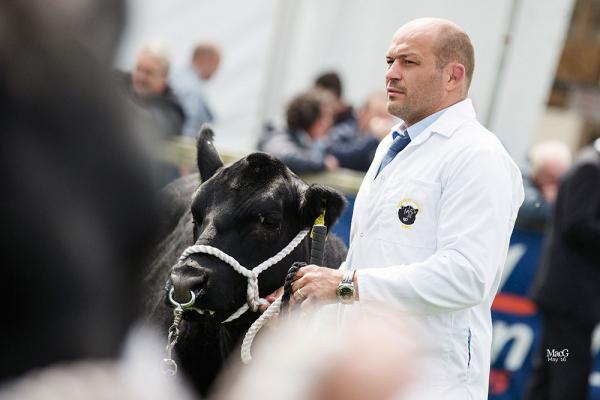 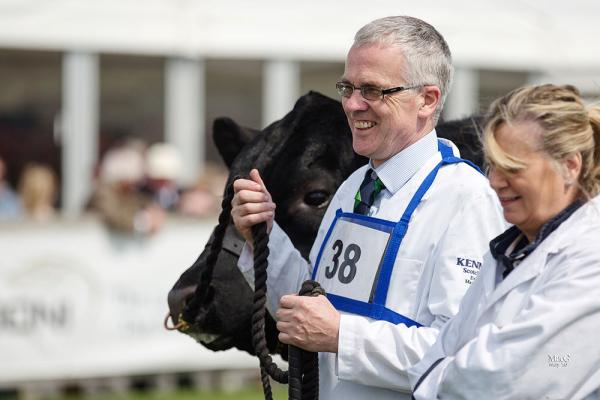