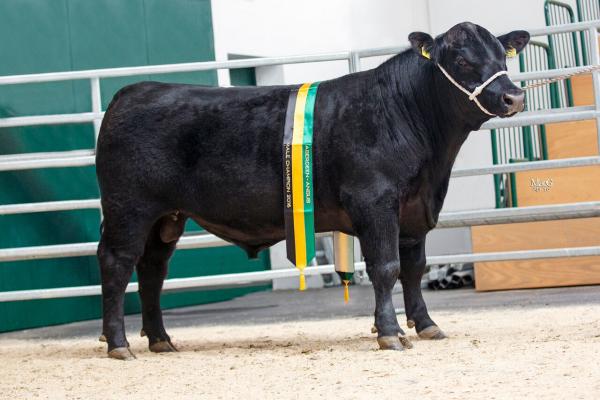 Demand for Aberdeen-Angus cattle in Europe was yet again strong as the fifth Aberdeen-Angus Group sale held at Wertingen, Germany, saw breeders keen to invest in British genetics.

The top price on Saturday though came from home grown soil in the form of the €6900 Donaumoos Prince P086 from Bernard Delle, Germany.  This December 2014-born bull is by the herd’s senior stock sire Donaumoos Lord Zorro J602, a result of an imported embryo from the Te Mania herd in Australia and out of an HF Tiger 5T daughter of Canadian-bred Young Dale Pollyanna 22P. Buyers here were Messrs Brogdan Bros, Romania.

Second top price was €6500 for the youngest bull in the sale, HW Augustus R547, from HW Angus, Perthshire. This one is by Netherton Mr Rader J527 and is out of Netherton Annie H474, making him full brother to the popular Genus bull Netherton Americano M703. With a terminal Index of +44 and a Self Replacing Index of +58, this high performance young bull sold to the Grundhuf herd in Luxembourg. 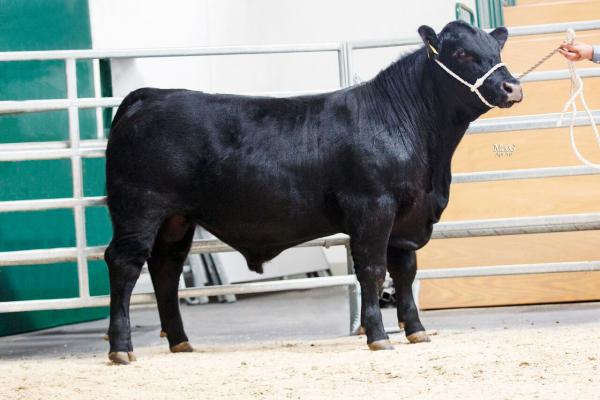 Heifers peaked at €4900 for Donaumoos Lady Blossom R147, again from Bernard Delle (top picture). This 12-month old heifer is by another bull from a Te Mania embryo, Donaumoos Master United K866 and is out of an SAV Heritage daughter from the Belvin Lady Blossom 64’04 line. She heads for an embryo flushing programme with Peter Nagy, Romania.

Arriving from Cornwall, the second highest priced heifer came in the form of Gear Miss Bridie R343 from Mark Pilcher. Sold for €3900, this Netherton Big Ben M656 daughter is out of a home bred Netherton Archie J501 daughter.  Her herd mate, Gear Miss Bridesmaid R333, again by Big Ben, then sold for €3000. Both these heifers were sold to a breeder in St Moritz, Switzerland. 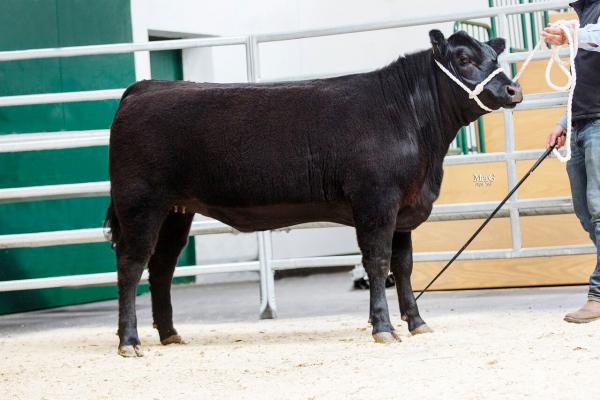 Then at €3500 was Sorn Emma R030 from Iain McGillivary, Kelso, Roxburghshire. This 11-month old heifer is by Abberton Proud Nixen N297 and is out of a home bred Rawburn Edge J983 daughter. She joins a total group of 10 heifers purchased on the day by Austrian breeder Andreas Privasnig.

Joining her at €3200 was Liley Evita R195 from Marsdens Farms. By the herd sire Rawburn Mambo Prince M499.