Females were flavour of the day at Carlisle 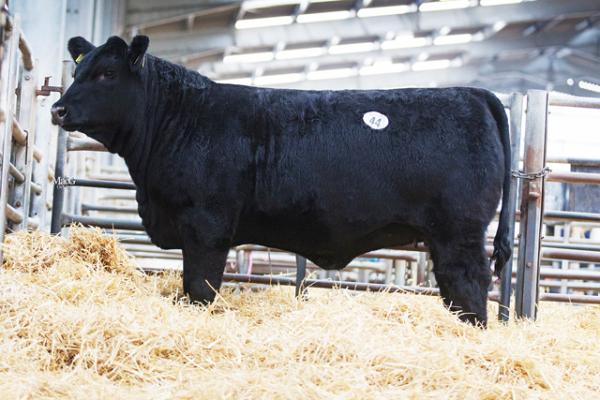 At 5700gns was John Elliot’s pre-sale female champion Rawburn Blackbird N718, a Rawburn Eli L281 daughter that sold to Penhill Farm Ltd, Mauden Bradley, Warminster. Born in March 2013, she is out of Rawburn Blackbird G729, a Rawburn Duke Windsor E440 daughter and dam of the 40,000gns Rawburn Black Hawk. This heifer sold due to calve in February to Rawburn Boss Hogg N630. 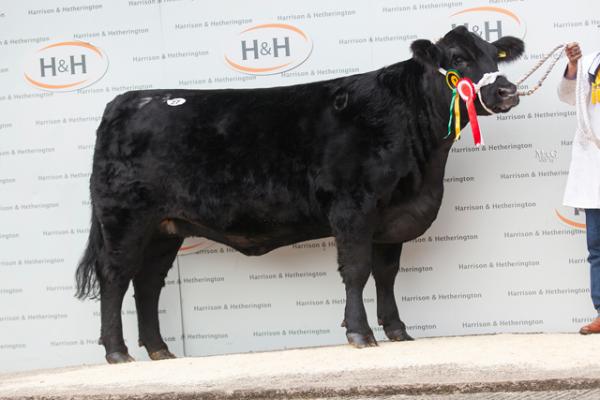 Penhill Farm Ltd also paid 5000gns for Edward Jones’ Rull Evita L127, a 2011-born Muirhall Top Deal E006 daughter. She is out of the Rawburn Transformer daughter Rull Evita E041, who is a daughter of the prolific show and brood cow Rull Evita B010. This young cow sold with her June-born Netherton Big Edition H460 bull calf at foot.

Next up making 3900gns from the same home was the 2011-born Rawburn Rommel E423 daughter, Lochmaben Lady Heather L127. She is out of Lochmaben Lady Heather H044, a Glen Islay Battle Cry 27L daughter. This young cow sold with her April-born bull calf at foot by Netherallan Peter Pershore E052 and served back in-calf to Hallington Edition M362. Buyer was D Steel, Wigton, Cumbria.

Lochmaben Pansy N149, a 2013-born Netherallan Peter Pershore E052 daughter with her April-born Auldhouseburn Karlos D218 heifer calf at foot then sold at 3800gns to Maxwell Farming Company, Thornhill, Dumfries. She had been served back to Hallington Edition M362.

The final lot in this consignment was Lochmaben Lady Heather P171 selling at 2900gns. This yearling heifer is by Netherallan Peter Pershore E052 and out of the Glen Islay Battle Cry daughter Lochmaben Lady Heather H044. She was served in July to Rawburn Boss Hogg N630 and was knocked down to Paul and Kirsty Westaway of Melview Farming, Dymock, Gloucestershire.

Stuart Addison dispersed his Castlegate herd and leading price for this consignment at 2800gns was Belhaven Franciscan L386, a 2011-born Rawburn Rommel E423 daughter. She sold with her May-born Auldhouseburn Karlos D218 bull calf at foot to Messrs Colville, Belfast.

The major reduction of the Saville herd for Stephen and Sarah Medley peaked at 2600gns for Saville Missie N056. Sired by Netherton Big Edition H460 she is out of the Rito 9M9 of 2036 Scotch Cap daughter, Netherton Missie F405. She sold in-calf to Retties JFK and was purchased by S Thomson, Blair Drummond, Stirling. 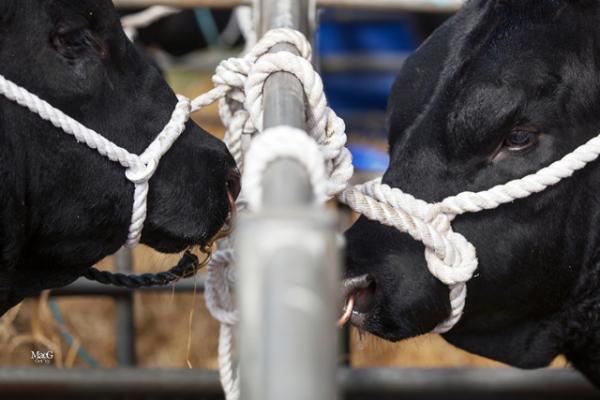 Bulls proved harder to sell than females, but David and Penny Evans’ second prize bull Tree Bridge Langham P488 sold for 3000gns to Carolyn Fletcher, Barwise Hall, Appleby. He is a Tofts Foremost Lord K508 son out of Tofts Lucy L742, a Rawburn Duke Windsor E440 daughter. He carries a Terminal Index of +37, Self Replacing Index of +47 and +15 for milk.

Next best at 2500gns for Jerusalem Lord Jodrell P292, a third prize Rawburn Julio Eric L249 son from HW Angus. His dam is the Blelack Blacksmith Y291 daughter Jerusalem Lady Jane G121. He has a Terminal Index of +41, Self Replacing Index of +56, with +20 for milk and +6.2 for eye muscle area. Buying him outside the ring was Hodgson Brothers, Ambleside, Cumbria.

In the pre-sale judging Mark Wattie of the  tapped out his champion as Netherton Marvel P796 (lot 5) from William McLaren. This January 2014 born son of The Moss Mr Eshton D409 is out of The Moss Florian B284 daughter Netherton Missie E371. He has a Terminal Index of +37 and Self Replacing Index of +43, with +14 for milk. 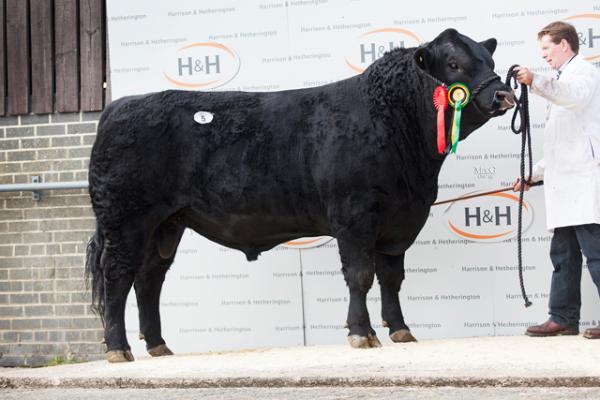 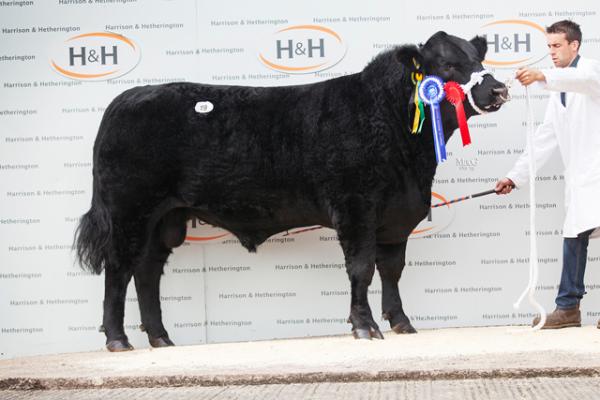