Females top at 5000gns in Stirling 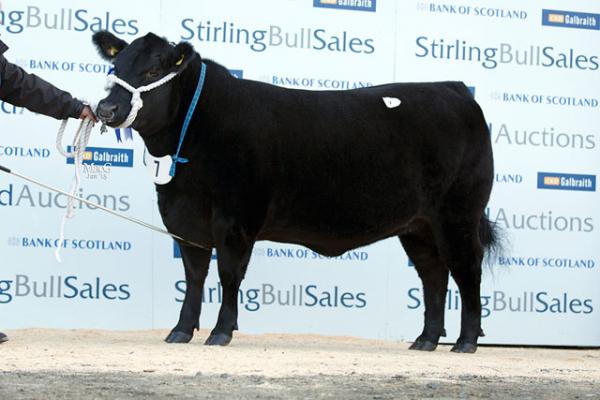 Next best at 4000gns was the female champion Billinge Magic Jenya Erica N258 (lot 11) from Richard and Carol Rettie. She had a successful show season in 2014 standing heifer calf champion at the Summer National, reserve champion at Braco Show and  reserve senior female at Stars of the Future. Sired by Netherallan Peter Pershore E052 she is out of the Mosston Muir Lord Rennie A021 daughter Mosston Muir Jennifer Erica C060. She carries a TSI of +42, SRI of +56 with a milk figure of +18. Buying her was B and J MacKay, Caithness. 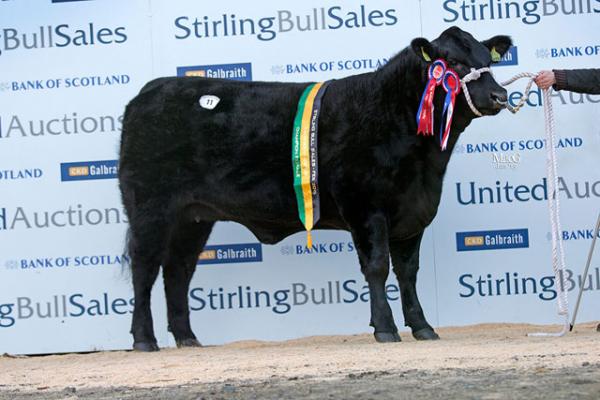 Making 3200gns to Philip Halhead, Norbreck Genetics was the youngest heifer in the collective section, Glenhaven Jane Erica P061 (lot 12) from Andrew and Jill Sloan. This March 2014-born Rawburn Edge J983 daughter is out of the Ardrossan Admiral daughter Glenhaven Jane Erica L022. She carries a milk figure of +13, TSI +54 and SRI of +68. She was knocked down to Phil Halhead, Norbreck Genetics. 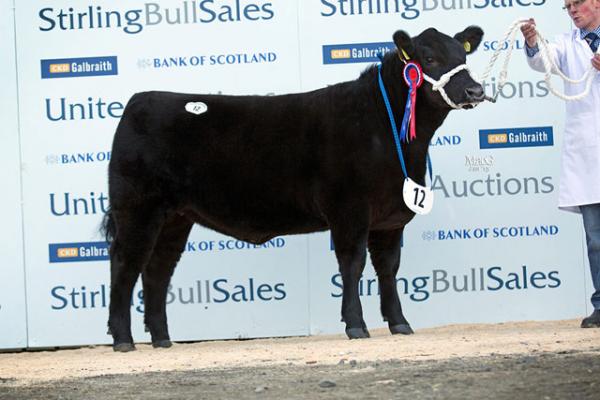 The first of several draft sales of Aberdeen-Angus females was from Jamie Rettie’s Hillfoots herd, first in was Wall Tidy Bee G576 (lot 14). This Blelack Jury Eric C673 sired heifer is out of Wall Tidy Bee D315, a Blelack Blacksmith Y291 daughter. She sold with her Retties JFK M195 bull calf at foot and is back in-calf to JFK, paying 5000gns for her was Adrian Johnson, Yearsley Angus.

Next best came from John and Teena Gilmour’s Belhaven draft, Belhaven Rossellini K221 (lot 21) traded at 4000gns to Adrian Johnson. By Harb Pendleton she is out of Prairielane 8116 Rosebud, a Prairielane Ideal daughter. Her July born Netherallan Peter Pershore E052 son sold at foot and Rossellini is back in-calf to Retties Lone Ranger N229.

Donald Rankin paid 3500gns for Ballathie Lady Jupiter P093 (lot 28), the best from the Ballathie draft. Born March 2014 she is by Rawburn Emblem K127 and out of Ballathie Lady Jasmine F616, a Blelack Ellerman B531 daughter.