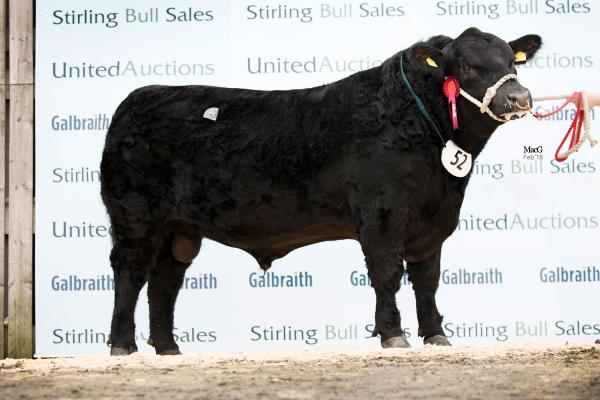 There was a good demand for Aberdeen-Angus Bulls on Monday 5th February at United Auctions in Stirling, after a show the preceding day that departing Society President Alex Sanger described as one of the strongest shows of Aberdeen-Angus cattle to be at Stirling for many years.

Aberdeen-Angus breeders can be happy with a steadily strong day for the breed, where a top price of 15,000gns was realised in addition to seven further bulls selling for 10,000gns or more. The breed saw similar figures at the same time last year, while the 2018 average of the 101 bulls sold was £5,746 at a clearance rate of 72%, up £11 on last year.

Having taken 1st place on Sunday in class 5 for bulls born on or between 8th & 12th April 2016, the sale topper at Stirling was lot 52 Thrunton Panther S922 of Messrs J H C Campbell of the Thrunton herd in Alnwick, Northumberland. This son of Hallington Edition M362 earned a lot of admirers in the showring and eventually was purchased messrs Fraser of Idvies Aberdeen-Angus for 15,000gns.

Wanda Hobbs’ Ellin Ergo S481 was 1st placed in class 15 for bull born on or between 13th August & 16th September 2016, and was the second highest priced bull on the day at a very impressive 14,000gns. This one is out of the home-bred Ellin Eragile M671 and by Wedderlie Target L387, and goes to Robson & Co of Yatesfield in Newastle. 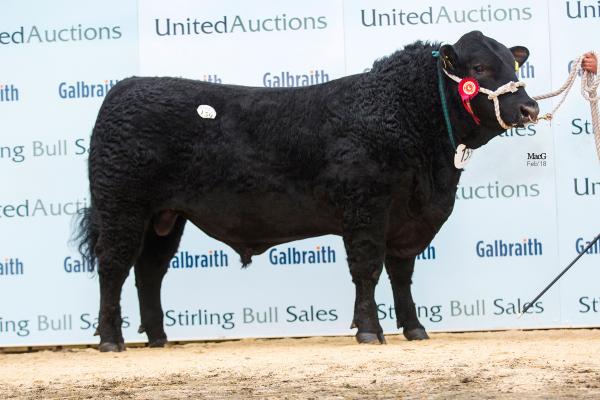 At a price of 12,000gns was Dallas Allen’s Stouphill Lord Ramon on what was a pretty good day for all at Stouphill. This one is a son of the famed Duncanziemere Jigsaw and out of Rawburn Lady Rose, and was third in class behind the top priced bull Thrunton Panther. With a self replacing index of +54, it was Alasdair Houston of Gretnahouse who purchased this one. 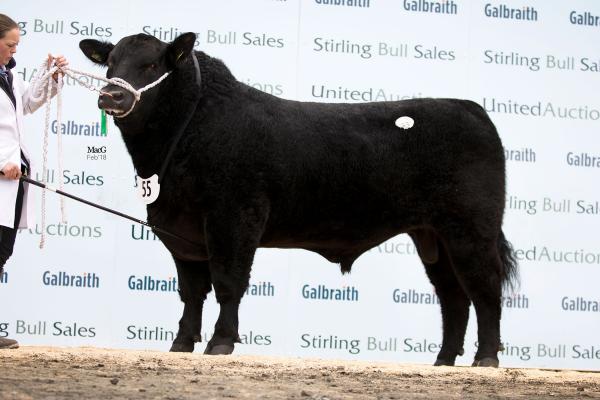 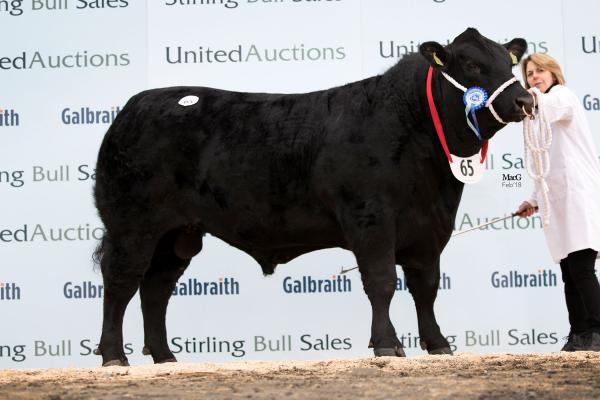 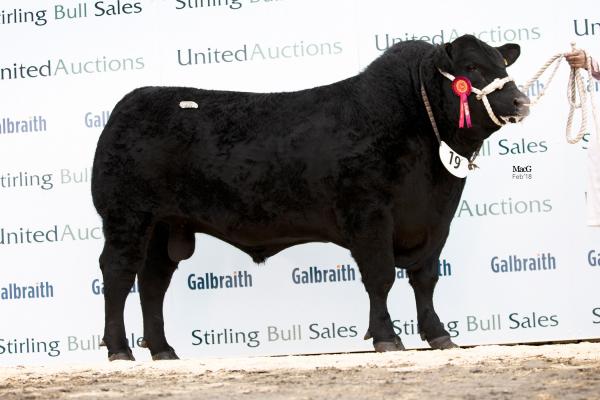 The next at the same price was the Sunday’s senior champion Logie Explosive of AJR Farms and bred by M Bruce & Partners. A very impressive bull out of Rawburn Enoch by Logie Elegant, this one is on its way to J & E Campbell. A further three bulls then shared the 10,000gns price, the first being Tonley Eagle S279. This one carries Tonley breeding on both sides, by Tonley Essien and out of Tonley Ester, and is considered the best Tonley Essien son to date, great news for new owners McFarlane Farms Ltd. Another at 10,000gns was Belhaven El Burladero S133, a son of Gretnahouse Blacksmith by Weeton Easton Anne who sold to A R Bell & Son. The show’s reserve junior champion, Tonley Emmerson S336 of Neil Wattie, also sold for an impressive sum of 10,000gns, going to the Weir family in Cortleferry. 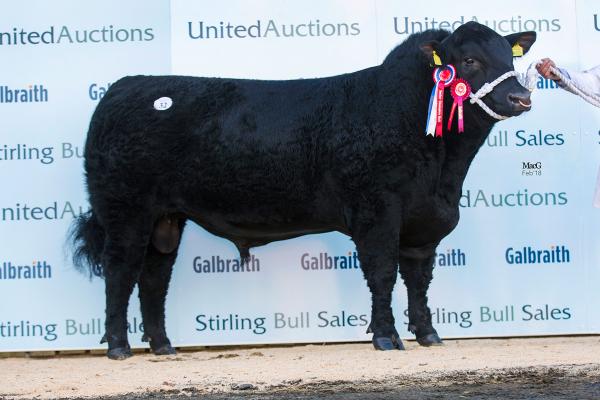 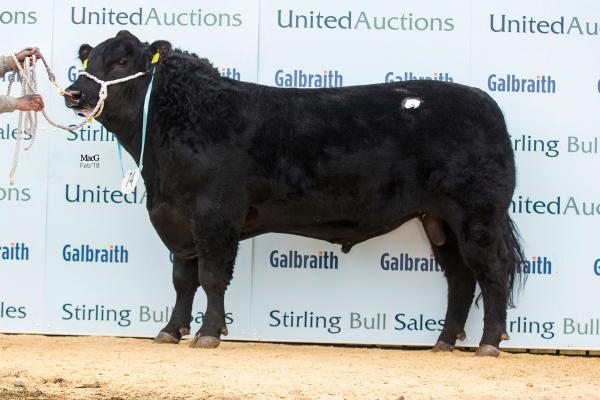 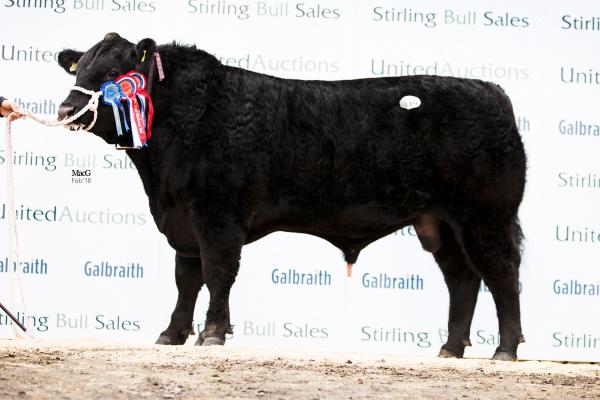 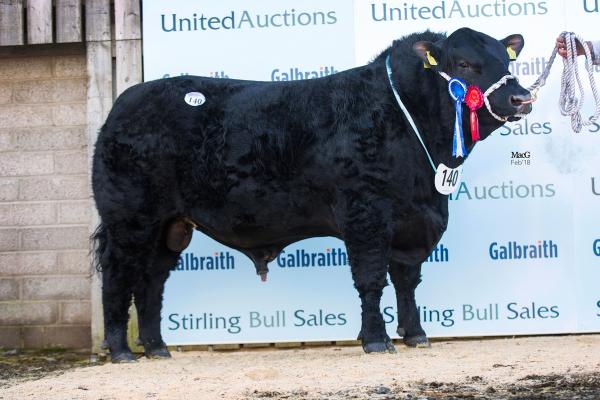 On a good day for Hamish Sclater, it was another Deveron bull at the next highest price, with Deveron La Quinta S564 selling for 9,500gns to the Glennie family at Threeburnford. This one by Belhaven Dryburgh Abbey is out of Deveron Lady L339 who had a superb calf show season in 2017, which included 1st at the Royal Highland Winter Calf Show and reserve heifer calf at the Black Beauty Bonanza. 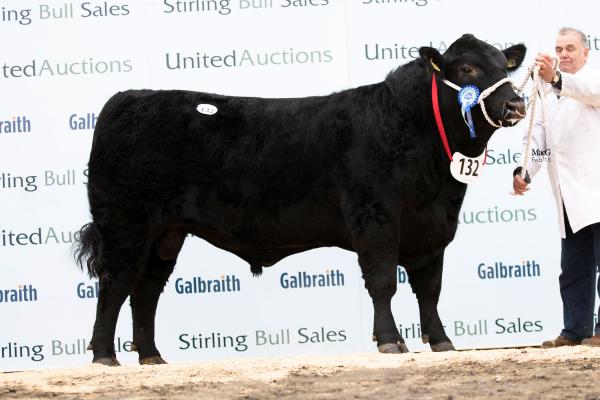 Overall reserve and junior champion was Duncanziemere Mr Bennett S208 of the Clark family, who is a son of Rawburn Jester Eric and is from the same family as Magic Boy who sold for 15,000gns at the 2017 Royal Highland Show, aged 2 months old. This one went for 9,000gns to messrs M & S Wilson and sons. 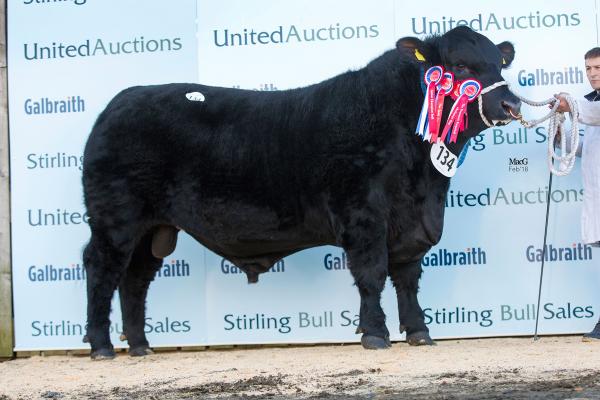 Selling at 8,500gns was Skaill Donald S432, who ran with 20 pedigree heifers for the month of September 2017. This Colin Davidson bull is by Rawburn Jackson Eric and went to Jan Boomaars of the Vexour Herd, having been second only to sale topper Thrunton Panther in class 5 for bulls born on or between 8th & 12th April 2016 on Sunday’s show. 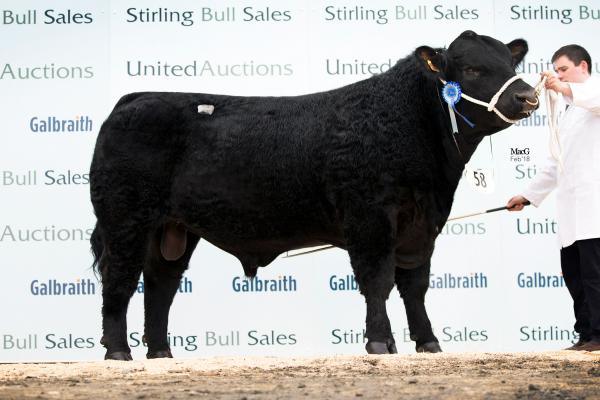 After Sunday 4th February’s show, judge Alan Morrison of Co Fermanagh in Northern Ireland spoke of how impressed he was with a wonderful show of cattle throughout the Aberdeen-Angus classes. His overall champion, who he described as having an impressive presence within the ring which could not be quantified or proved, yet still so evident, was Idvies Ferrari S752 of Messers F J Fraser, who decided not to sell on Monday and retained for their own use. 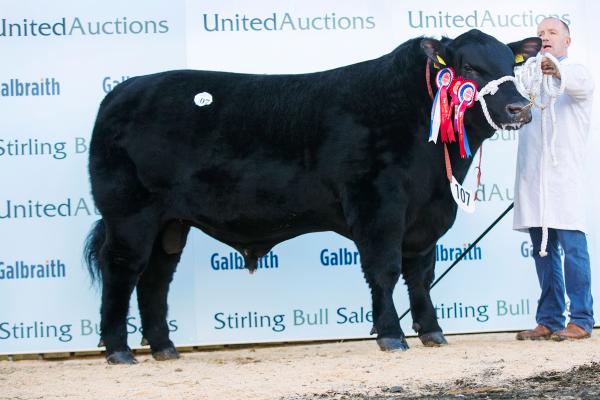 Other notable winners from the day’s judging included: 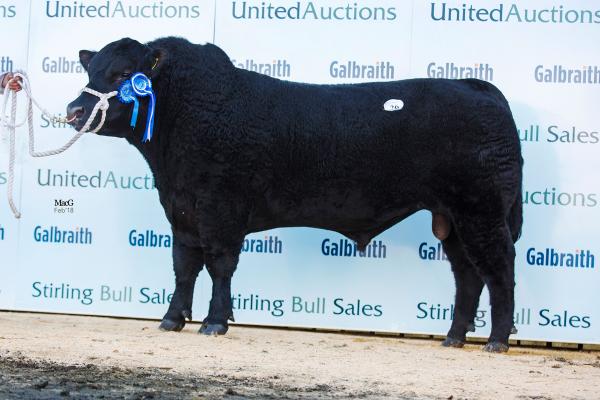 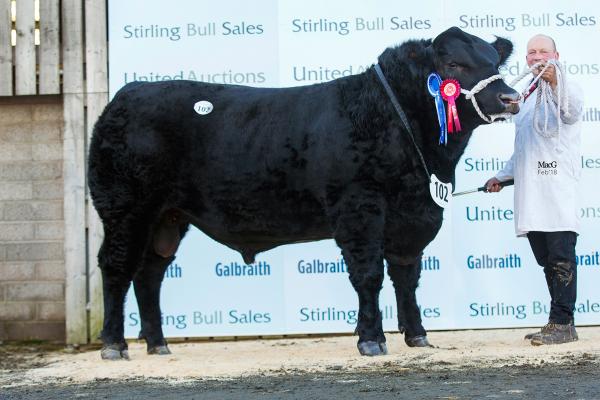 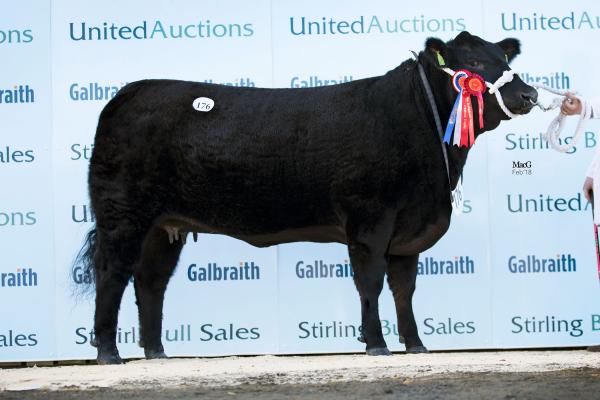 You can view a full photography album from Stirling by clicking here.