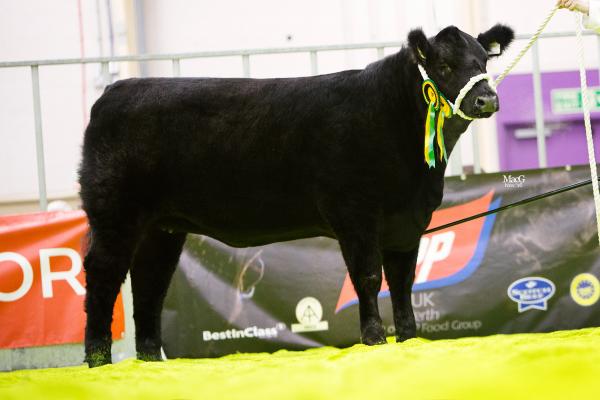 We recently spoke to Sian Sharp, a member of the family who own the Cheeklaw herd. It was great to get an insight in to the background and performance of the Cheeklaw herd in the lead up to the dispersal in October.

Background of the herd

The Cheeklaw herd of Pedigree Aberdeen-Angus was established in 1992 a year after David & Christine Lucas and their two children moved to Cheeklaw Farm. David originally from Duns, Wales bred Aberdeen Angus cattle in the 1960’s with his father Cyril when the herd was known under the prefix East Down.

In the early days at Cheeklaw the pedigree herd of Aberdeen-Angus was run in conjunction with an existing suckler herd of 30 cows and a small flock of ewes. The ground at Cheeklaw was rotated between malting barley, oats and potatoes.

Since 2002 the farming system has primarily concentrated on the production of high quality pedigree Aberdeen-Angus stock.

The whole herd has grown from a handful of foundation females, Pomander 03 of The Moss, Ethifier of Crookham, Tui Erosa, Heathlands Janbar Erica, Blackbird P1 of Blelack, Banner Maid of Church Farm and K.Pride 5th of Strathburn.

In the early years AI was used until the import from Canada of the very first stock bull HF Air-walk 33F from Hamilton Farms in 1997. Air-walk was Champion at the Border Union Show and Berwickshire Show and was also shown at the Royal Highland Show. He gave the Cheeklaw herd consistency by breeding beautiful Angus females. They all had great breed characteristics with lovely udders, great tops and sound feet.

Air-Walk was followed by Tweedside Jewgal Eric from James Stobo CBE in 2002 and Easton Greys Joseph Eric, a bull sired by Cheeklaw Poratio in 2006. In 2008 David judged the very last Autumn Bull Sales in Perth and found his Champion and his next stock bull in Bunlahy Bilty from Gerry Reynolds.

In February 2012 Cheeklaw purchased Haymount Wavestar, described by the family as one of the most correct and characterful bulls ever seen, but sadly he stifled himself during the first season at Cheeklaw leaving just 5 progenies. He was replaced by Cardona Proud Punch, a Highland Show prize winner who was sired by Lorabar Blackstar the same sire as Haymount Wavestar.

Cardona Proud Punch clicked with the females at Cheeklaw and was used extensively. The final stock bull at Cheeklaw will be present at the dispersal sale along with Balmachie Lord Jock. The bull won his class at the Royal Highland Show in 2016 and was reserve in the Beef Breeder/Breedplan Championship.

The sale will include the Black Bonanza Heifer Calf Champion 2017, Cheeklaw Polly and her dam Cheeklaw Portia with a heifer calf at foot, Cheeklaw Pomanda, by the same sire Cardona Proud Punch.

Cheeklaw Emily will be forward, a half-sister to Cheeklaw Eirwyn the Reserve Junior Champion in Feb 2006 (8500 guineas). She is the dam of Cheeklaw Emlyn who is owned by reserve male and overall champion at Balmoral show and Northern Ireland best stock bull winners, Gail & Nigel Matchett. Two of Emily’s daughters who are full sisters to Emlyn will also be forward. 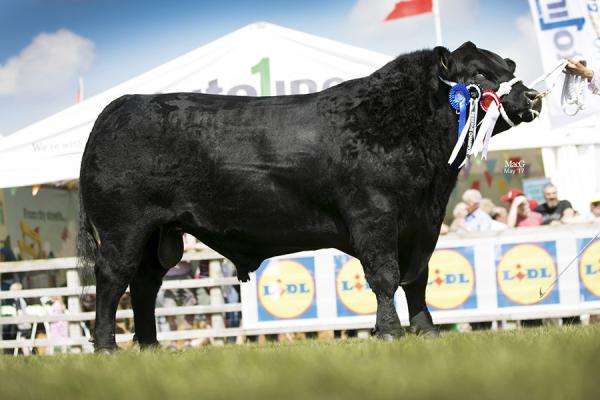 Performance of the herd

On the show circuit Cheeklaw has won classes at the Royal Highland Show with Pollyanna of Cheeklaw, Interbreed titles with Cheeklaw Era and the crowning glory was lifting the prestigious Cridlan Cup with Cheeklaw Josie Erica. 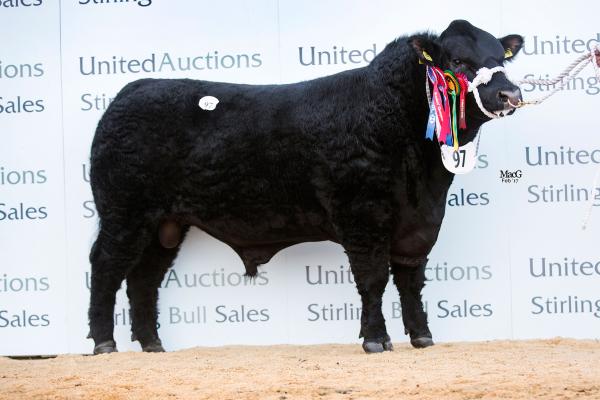 The decision to retire has not been an easy one but the family believe it is the right one. David said “It was never going to be an easy decision to retire, but I am proud of my cows, the herd and what we have achieved over the years. 2016 / 2017 has been a fairy tale ending with huge successes on the show and sale circuit and I would like to thank Albert and Jennifer De Cogan and Gail and Nigel Matchett for what can only be described as the best possible retirement present any stockman could ever dream of. I would also like to thank all those breeders who have supported us over the years and would like to wish everyone who purchases at the dispersal sale the very best of luck in the future. I hope my cattle bring as much pleasure to the new purchasers as they have given me and my family over the years!”

We’d like to thank Sian and her family for taking the time to talk to us, it was great getting an insight in to the background of the Cheeklaw herd. We would like to wish Sian, David and the rest of the family all the best in their future endeavours as they decide to retire this very successful herd.

The Cheeklaw dispersal will be taking place at the October bull sales on Monday the 23rd, we look forward to seeing you all there. The full sales catalogue can be viewed online here.