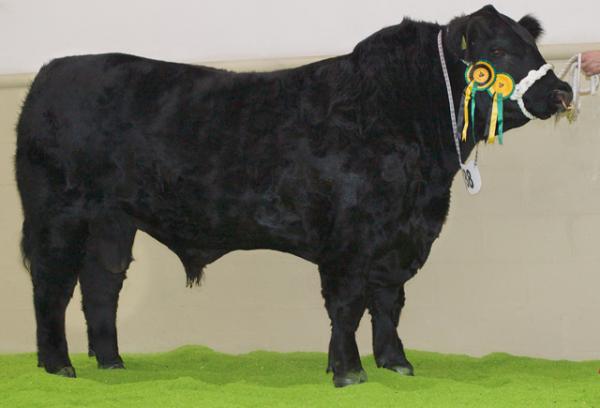 It was a red letter day for Turriff farmer-and-wife, Hamish and Margaret Sclater, Denhead, Dunlugas, who scooped two of the four championships at the Black Beauty Bonanza show of Aberdeen-Angus calves and yearlings at Thainstone Centre, Inverurie.

Organised by the North East Aberdeen-Angus Club with Glenrinnes Farms of Dufftown as major sponsor, the Black Beauty is recognised as one of the leading Aberdeen-Angus shows in the country, which was acknowledged by the judge, William McLaren, Jun, of Netherton, Blackford, Auchterarder.

“The show of yearling bulls was exceptional and the best I’ve ever seen at the Black Beauty,” said Mr McLaren. “Some of those bulls are destined to go on and make big money at the spring bull sales.”

Mr McLaren also praised the show of heifer calves and yearling heifers, where he was looking for moderate size, feminity, walking ability and capacity to meet modern demand, but said the turnout of bull calves was more mixed.

“It was an honour to be asked to judge and I congratulate the members of the club on putting on such a fantastic show,” said Mr McLaren, who gave a commentary on each class once he had made his placings which was much appreciated by the ringside audience.

There was strong competition in the two yearling bull classes which produced the Sclater family’s yearling bull champion, Deveron Leggat P469, which has had a highly successful show career over the past year, with nine red tickets and the junior and male championship at the recent National Aberdeen-Angus Winter National Show at Carlisle. The bull, a 19 month-old son of the home-bred sire, Deveron Master Banbury L376, is destined for the spring bull sale at Stirling next February. 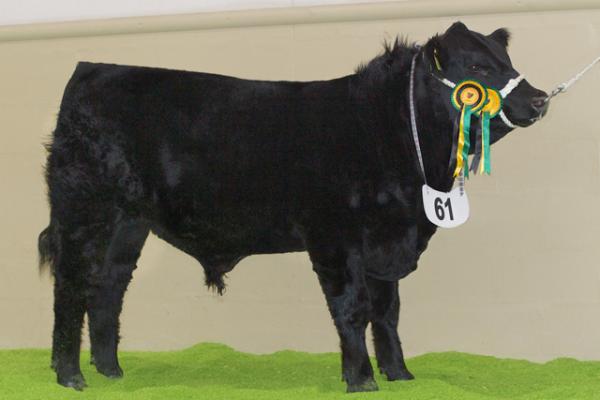 “We’ve had a great day and I must thank my willing assistants, including my wife and father, who rallied round to help us prepare and parade our team of 10 cattle,” said Mr Sclater, who has recently returned from the USA on a scholarship awarded by Banffshire NFU to study performance recording in pedigree beef cattle.

It was “always the bridesmaid, never the bride”, for Neil and Graeme Massie, Blelack, Dinnet, Aboyne, who stood reserve for both male championships, taking the calf award with the April-born, Blelack Euro Zone R527 and the yearling award with the 15 month-old, Blelack Mr Braveheart P411. Both are sons of Warrenho Emperor M425. 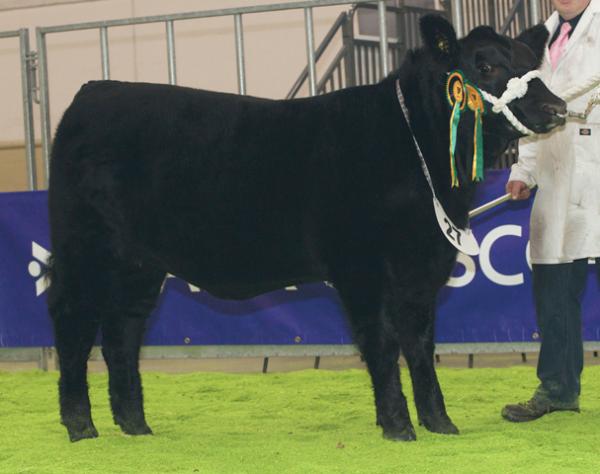 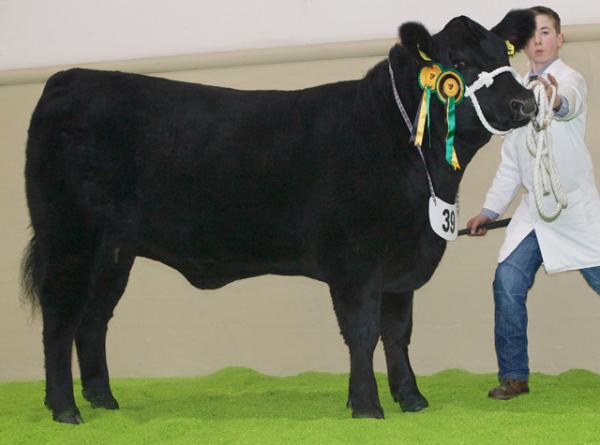 The long journey from Orkney proved worthwhile for Colin Davidson, Skaill, Sandwick, who stood reserve for the yearling heifer championship with the 19 month-old, Skaill Diana P998, by the home-bred Skaill Doublea Willieboy K392.

The chairman’s special prize for the youngster showing the greatest endeavour was won by Nicola Howie, Cairnton, Lumphanan, whose first prize calf was an orphan which she had bottle-fed since birth.

1 and champion, N F Massie and Son’s; 2 and reserve champion, A and K Rhind and Son