Denning family at the top at Devon County Show 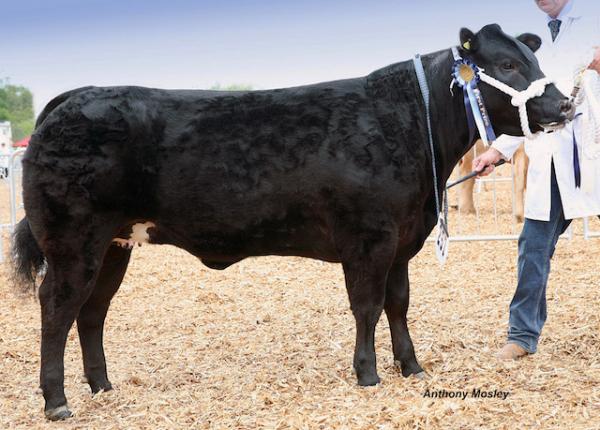 Standing at the top of the breed classes at Devon County Show last week under judge Robert Clarke of the Shadwell herd was Judith and Andrew Denning with their senior cow Haughton Justine Erica L012, a January 2011-born Chapelton Eventer E809 daughter out of the Heath House Plato daughter, Rosemount Justine Erica B296. This one was purchased in October last year in Stirling for 7000gns from Whittaker Farms and in their ownership was a class winner at the Highland Show this year and was part of the winning interbreed team and was also reserve champion at the National Summer Show in Kelso.

Standing reserve to her was Ballathie Emblem M702, a March 2012-born bull from Messrs D Luxton and Partners and shown by Michael Kirby. This one is by Rawburn Emblem K127 and is out of Ballathie Evora D319, a Blelack Justin Eric A283 daughter.

Michael went on to further success under his own steam winning the commercial beef section with Hubba Bubba, an Aberdeen-Angus cross by Liss Turbo M240.