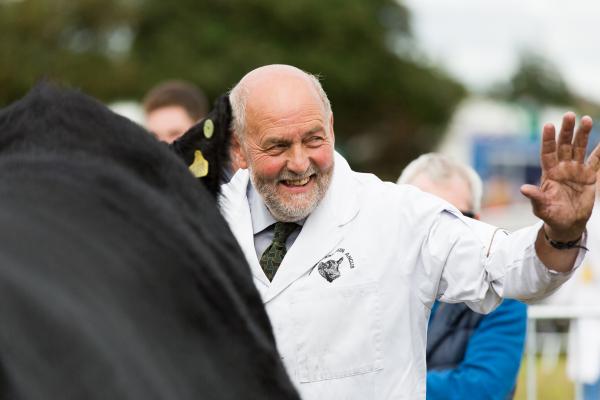 Wedderlie Blackbox J935 rounded off his 2016 show season in some style at the season-ending All-Ireland Aberdeen-Angus championships, sponsored by Univet, claiming the overall supreme championship under judge Alan Morrison. 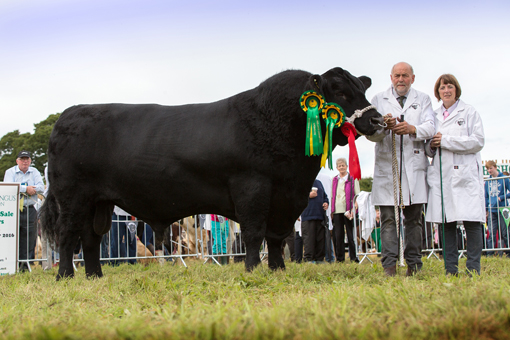 This seven-year old bull, exhibited by Albert and Jennifer DeCogan, Killamuckey, Castlemartyr, Co. Cork and purchased in Stirling from the Tilson family, was praised by judge Alan Morrison of the Drummeer herd, Maguiresbridge, for being “exceptional for his years”. Adding his thoughts, Mr Morrison said: “This bull moves well for his age, he has great body capacity, plates, second thigh and spring of rib. Even for seven years old, he has a lot of work still in him.” 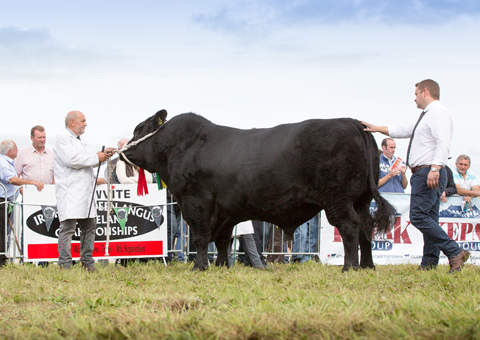 Blackbox has taken multiple high profile wins on the Irish show circuit this season including the supreme championship at the National Livestock Show, Tullamore just last month. He is sired by Abberton Mr Bionic G441 and stands as the senior stock sire at the 60-cow Mogeely Aberdeen-Angus herd for the DeCogan pair. 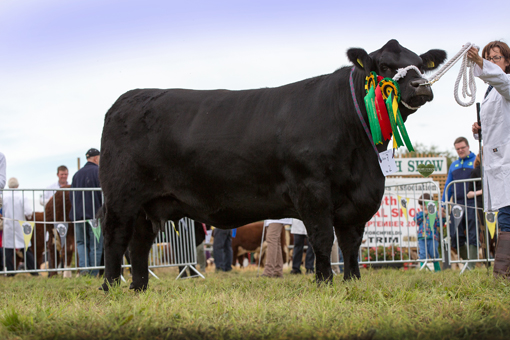 Taking reserve supreme championship honours was the senior cow, Birches Lady Heather M026 exhibited by the Matchett family of Nigel, Gail, Sam and Sarah, Portadown, Co. Armagh. This one is sired by Irish-bred stock bull Carrigroe Fred and was shown with a Beryl Jamey Spring born heifer calf at foot. 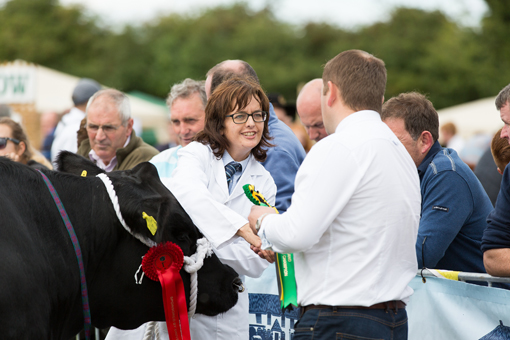 Commenting on his reserve champion, Mr Morrison said: “This cow is another fine example of the breed, showing great body capacity and depth, but still remaining feminine throughout.”

Lady Heather is no stranger to success in the show ring, having previously won the Ulster Provincial Trophy and taken a red ticket at Balmoral, both in the summer of 2014.

In the junior championship it was the young bull calf Goulding Proud Boy exhibited by Matthew and Rita Goulding, Ballyduff, Tralee, Co. Kerry, who emerged as the overall junior champion. 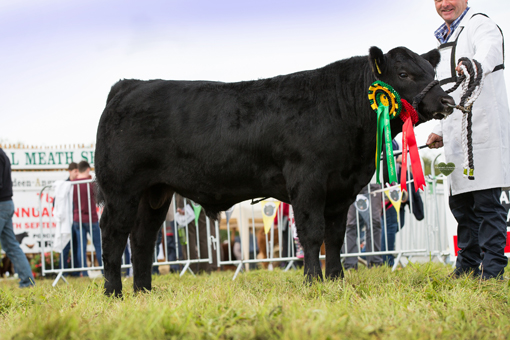 This one was born in February 2016 and at just seven months of age has already compiled an impressive haul of prizes this summer, including the reserve supreme championship at the National Livestock Show, Tullamore, last month. This bull calf is sired by Oakchurch Dirk N131 and is out of Goulding Pamela.

Taking the reserve junior championship was Bunlahy Ninja Warrior exhibited by Gerard and Helen Reynolds, Ballinalee, Co. Longford. Born in March 2016, this one is by the popular AI sire Bunlahy John G and is out of a Jeremy Eric of Bridgefoot daughter.

Later in the day the Aberdeen-Angus breed celebrated success under judge John Lynch, by winning the ‘Battle of the Breeds’ interbreed group competition. Leading the group win was the breed champion Wedderlie Blackbox from the De Cogan family alongside the reserve breed champion Birches Lady Heather from the Matchett family, as well as Knockadrinan Blackbird P599, from Albert and Jennifer De Cogam, and the junior and reserve junior champions, Goulding Proud Boy from Matthew and Rita Goulding and Bunlahy Ninja Warrior exhibited by Gerard and Helen Reynolds, with Leo McEnroe at the halter. 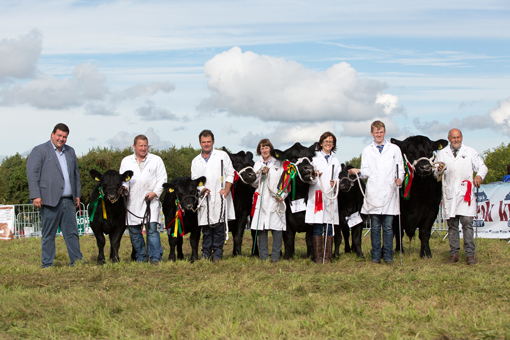 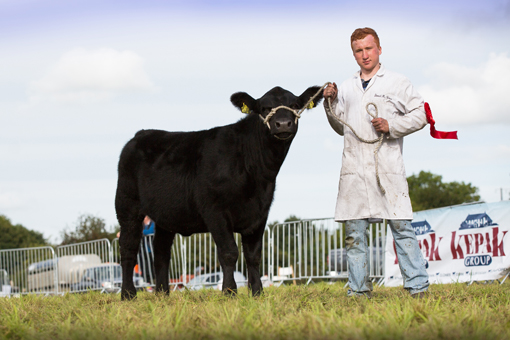 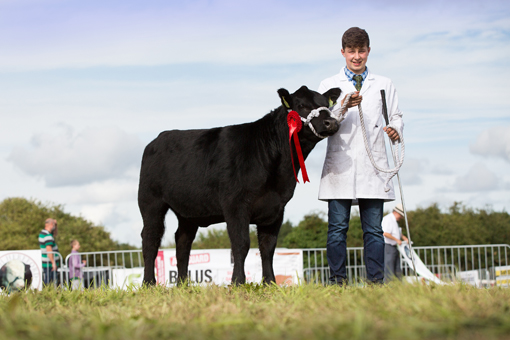 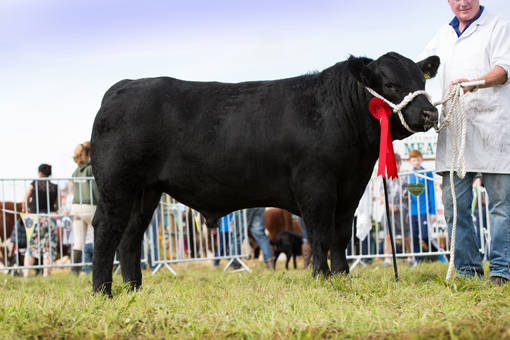 Cow with calf at foot born before 1st September 2013

Cow with calf at foot born after 1st September 2013 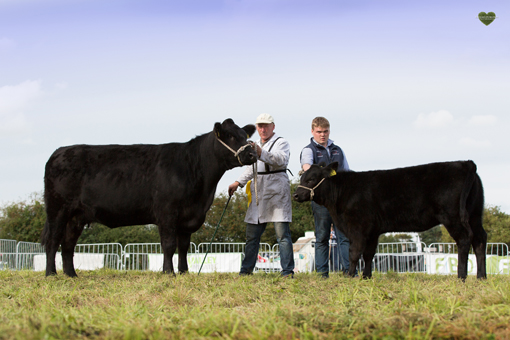 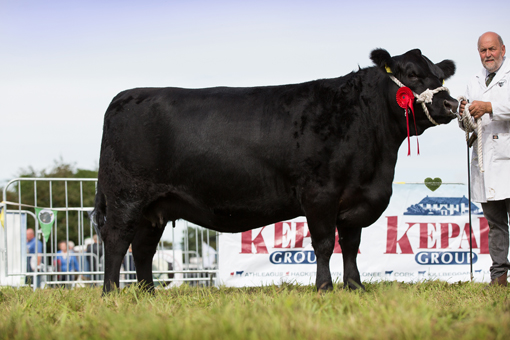 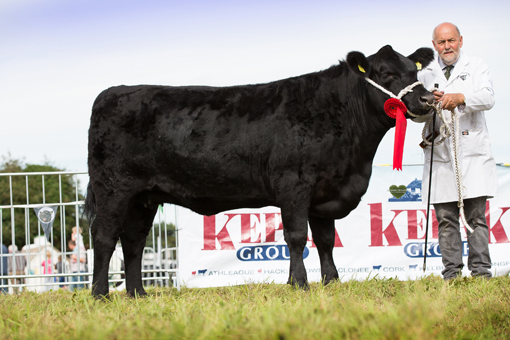 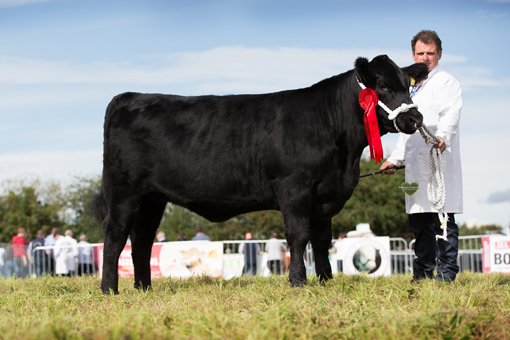 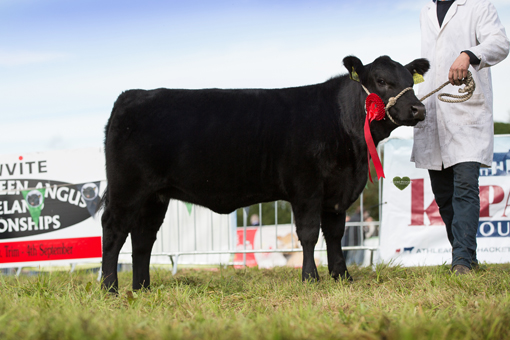 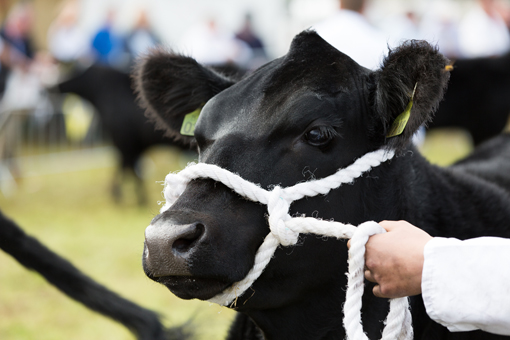 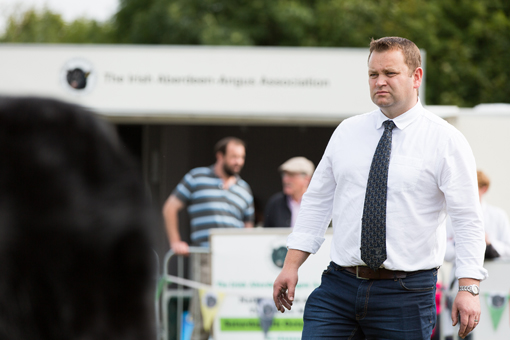 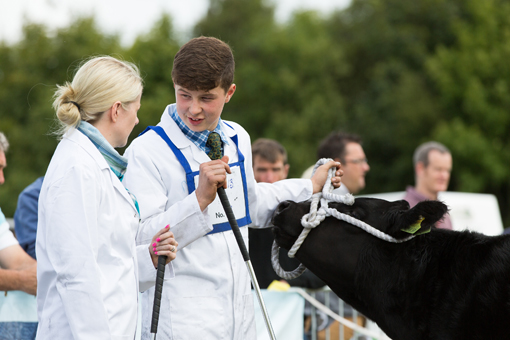 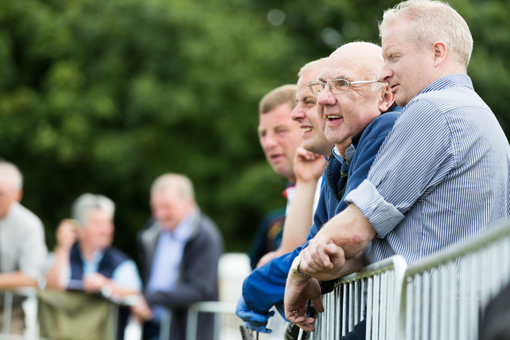 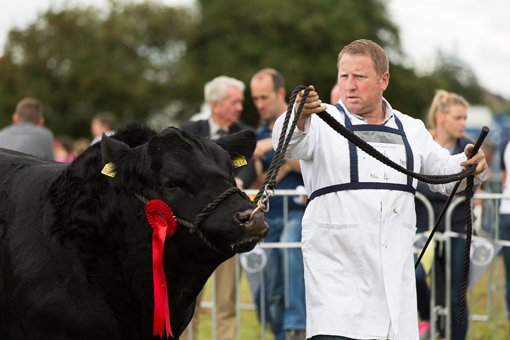 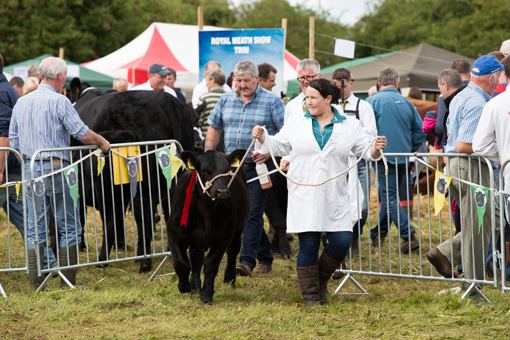 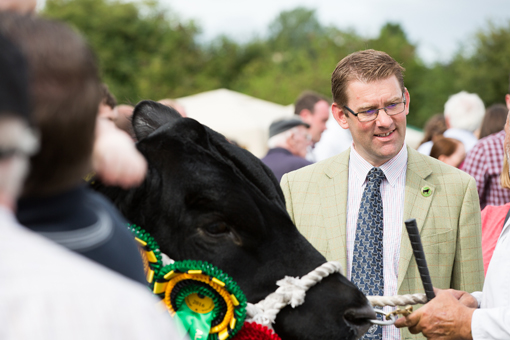 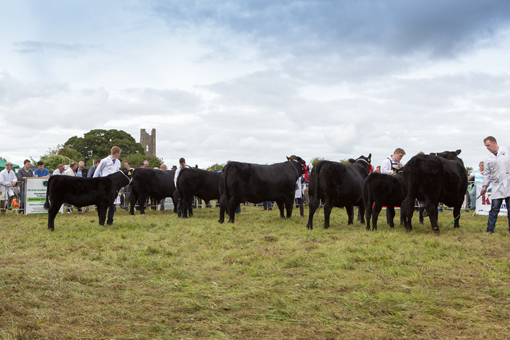