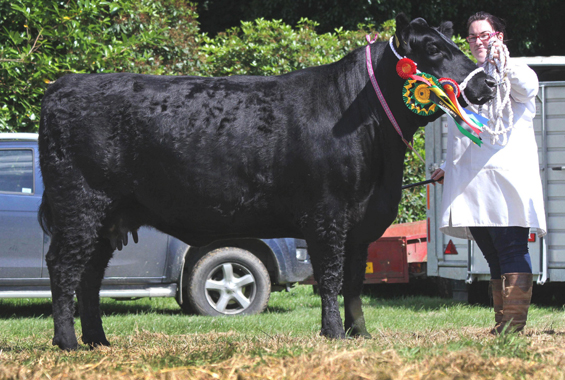 Winning this year’s Ulster Provincial Tophy, which was awarded at Castlewellan Show, which this year was judged by Victor Wallace of the Baronage herd, was father and son team Adrian and Graeme Parke, assisted by Gemma Parke at the halter of Mogeely Lady Hilda N241.

This Jerusalem Walk On K180, she’s out of Lady Hilda J996, a Mosston Muir Lord Ringo F138 daughter and was shown with her Steil Hero 202 heifer calf, Coolermoney Lady Hilda S574 at foot. Together this pair were a class winner at Balmoral Show at the start of the season. Lady Hilda went on to go one better to take the overall interbreed of the show.

Standing reserve to her was John and Ann Henning with their senior stock sire, Drumcorn Egghead J674. Born April 2009, this Ballamanaugh Estefan son is out of Egress X53 of Blelack daughter, a Royal Added Value 19D daughter. This bull has been shown consistently well over the last couple of years and was last year’s reserve male champion at Balmoral, as well as champion last year at Lurgan and this year was second in his class at Balmoral. 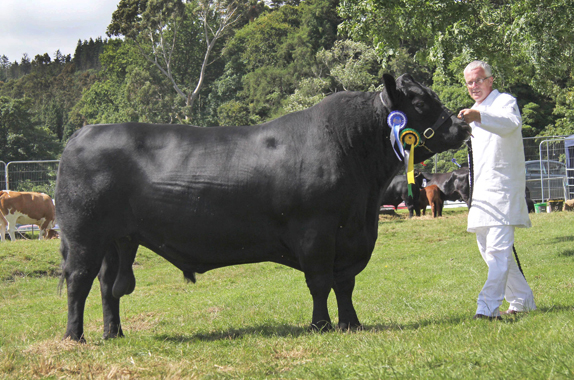 The Parke family were back in action to clinch the second reserve title, this time with their reserve female champion from Balmoral and home bred Coolermoney Rosanna R482. This February 2015-born Netherton Americano M703 daughter is out of Coolermoney Rhoda L165. 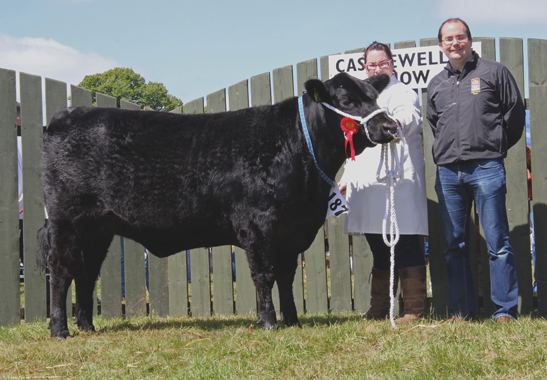