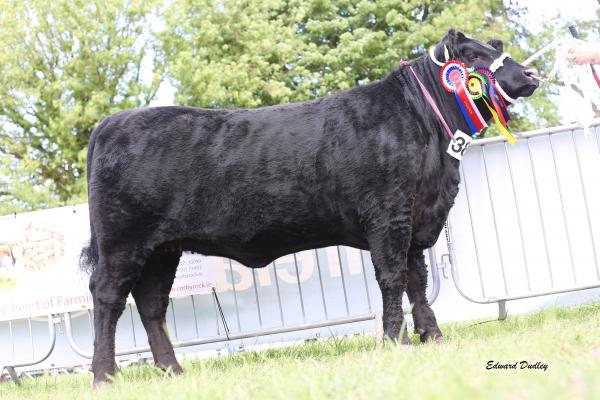 It seems there is no stopping the Coolermoney Aberdeen-Angus herd this summer with the Parke Family of Adrian, Graeme, Gemma & Family from Strabane, Co. Tyrone claiming their latest championship wins at Clogher Valley yesterday. One of the biggest shows on the Northern Irish circuit, this year saw Clogher Valley stage its 100th agricultural show and the centenary celebrations attracted an overall entry of just over 30 pedigree Aberdeen-Angus cattle. Whilst not all animals catalogued were present on the day, show judge Mr. David Johnstone of Ballindalloch Home Farms, North Eastern Scotland, UK certainly did not have an easy job in selecting his winners with top quality exhibits in each and every class.

The day’s champion, Coolermoney Frances T703 exhibited by Adrian & Graeme Parke has been a regular feature in the champion’s enclosure this summer having claimed several championship wins on the show circuit previously. This stylish young yearling heifer is sired by Hallington Edition M362 and on the dam’s side goes back to the Frances cow family at Netherton. In addition to her supreme championship in the Aberdeen-Angus ring, this heifer was also awarded the reserve supreme inter-breed beef championship later in the day.

The Parke Family also secured the reserve supreme Aberdeeen-Angus breed championship with the homebred yearling bull, Coolermoney Samson T725. This one was born in April 2017 and is sired by Cloghogmill Eric R233 and is out of The Moss Saville L073. Another regular winner on the Northern Irish show circuit, this bull combined with the champion heifer to take the best pair award to cap an extraordinary day in the show ring for the Parke Family. 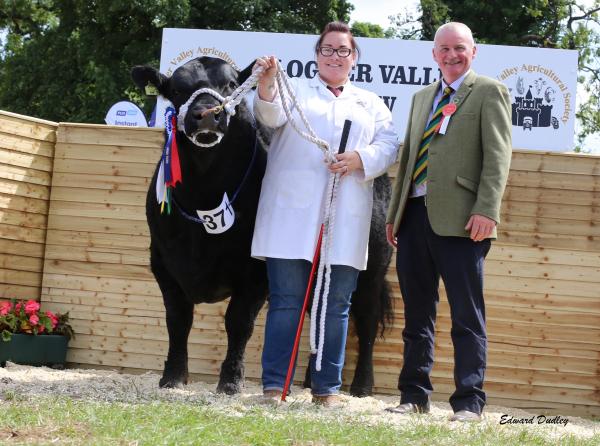