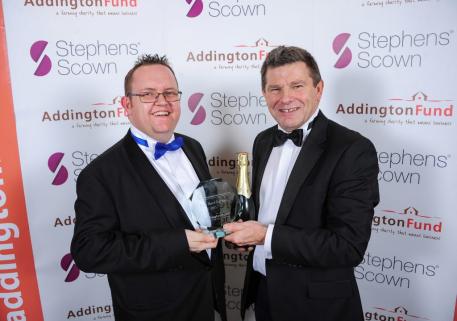 Mark Pilcher of Gear Farm, Zennor is an Aberdeen-Angus breeder who has recently been recognised for some great work in the world of beef production at the 2017 Cornwall Farm Business Awards, which are sponsored by Addington Fund.

Mark was selected as part of a shortlist of three people to be named as Best Beef Farmer, thanks to his efforts with regard to beef production, both in terms of farming and marketing. Mark works with a wide range of breeds, including Aberdeen-Angus. Mark expressed his delight at being recognised for the hard work he’s put in recently.

In addition to receiving his award, Mark also recently started exporting semen to Tristan da Cunha, an island in the South Atlantic Ocean which is known to be one of the most remote islands in the world. Gear Blue Moon, (amongst a few select other bulls), will be used on Angus cattle on Tristan, where it is hoped that productivity for both milk and beef will improve as a result.

Tristan is the most remote inhabited archipelago in the world, with the nearest inhabited piece of land about 1200 miles away at St Helena, and 1500 miles away from South Africa.  The use of Marks Aberdeen-Angus is testament to the great work he does and the magnificent nature of the breed, particularly its ease of management and ability to thrive on grazed grass.