Cheeklaw Herd Dispersal is a resounding success with top price of 20,000gns 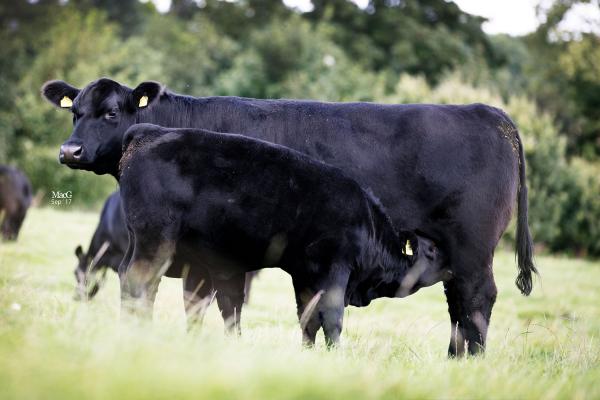 Since its establishment in 1992, the Cheeklaw Herd of Aberdeen-Angus has been run by the Lucas family from their base at Cheeklaw Farm, Duns in the Borders having moved from Wales. In the early stages the operation was run alongside an existing suckler herd of 30 cows and a small flock of ewes, with the ground at Cheeklaw having malting barley, potatoes and oats making up the rotation. From 2002 until now, the Lucas’ operation has specifically focused on producing the best quality of pedigree Aberdeen-Angus stock.

The decision made by the Lucas family to disperse the herd has caused a resounding interest ever since it was announced. The interest was manifested when potential buyers from UK, Ireland and abroad arrived in their numbers to participate in the sale at the Stirling Bull Sales, with some magnificent prices being reached, particularly for the females from the herd. The sale took place at United Auctions in Stirling on Monday 23rd October, and saw 28 cows with calves at foot averaging £6,330, with nine in-calf cows averaging £3,418. There was also seven in-calf heifers that averaged £4,935 and 17 maiden heifers averaging £4,459. The three bulls averaged £4,025.

The top price on the day of 20,000gns was realised on two occasions, the first of which was secured by Albert De Cogan of Mogeely Aberdeen-Angus in Co Cork who purchased Cheeklaw Pru S541, a Januray 2016 born heifer out of Haymount Wavestar daughter Cheeklaw Pride N449 and by Cardona Proud Punch L752. At the same money was Cheeklaw Pride N449, sold at 20,000gns with her heifer calf at foot, to K McOscar, Island Farm, Cookstown, Co Tyrone.

Following these high level prices was for Cheeklaw Black Bitzy M418 who sold with her calf at foot for an impressive 15,000gns. Black Blitzy is a twin out of Cheeklaw Black Bess X16 by Easton Greys Joseph Eric C100 whose grandsire was the notable Lord Horatio P11 of Blelack, and she was knocked down to Brailes Livestock of Isalyn, Upper Brailes, Banbury. Immediately prior to this, going to the same home for 11,000gns was her twin, Cheeklaw Black Betsy M417. 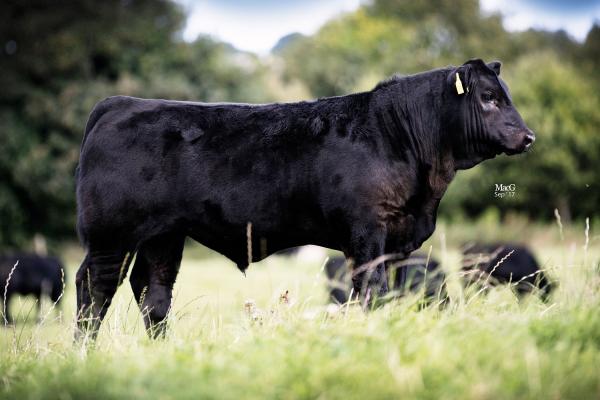 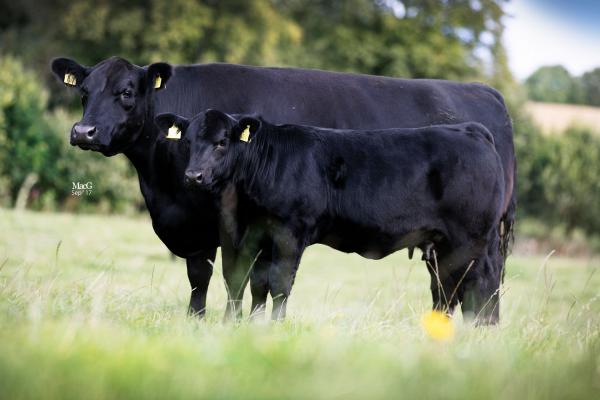 Also attracting much interest was Cheeklaw Black Belle R518 out of Cheeklaw Black Bethel L397 by Cardona Proud Punch L752, who sold for 12,000gns to the Keirsbeath Herd in Dunfermline. Keirsbeath had also previously purchased the Stirling Bull Sales overall champion in a partnership, continuing on a great day for them. Standing on at the same price was Cheeklaw Jenny Erica N452 who was sold to AW Neish of Rodmead Farm in Wiltshire. Jenny Erica is by Easton Greys Joseph Eric C100 and out of Cheeklaw Jaye Erica, who is also the dam of intermediate and overall champion in February 2017, Cheeklaw Jake Eric. 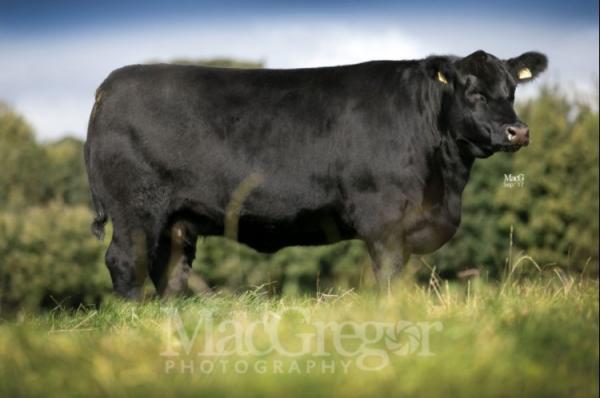 David Lucas of the Cheeklaw Herd has been speaking about the dispersal and his thoughts on the decision to retire. He said:

‘’My initial reaction during and after the sale was that it was overwhelming. It surpassed all my expectations and we couldn’t have asked for much more. The decision to retire was a hard one that we all gave a lot of consideration, but this has certainly been a great send-off. I’d like to wish all the purchasers the very best of luck in the future, and I hope they get as much enjoyment from the cattle as we have had over the years.’’

Also in the top price rankings were as follows:

On behalf of the Society, we wish the Lucas family a happy retirement and hope that they won’t be too farm from the breed, keeping a continued interest in the performance of their stock at their new homes. We’d like to wish them all the best in their future endeavours, and say congratulations on what was an excellent dispersal on Monday.