Castlelough herd does the double at Gorey Show 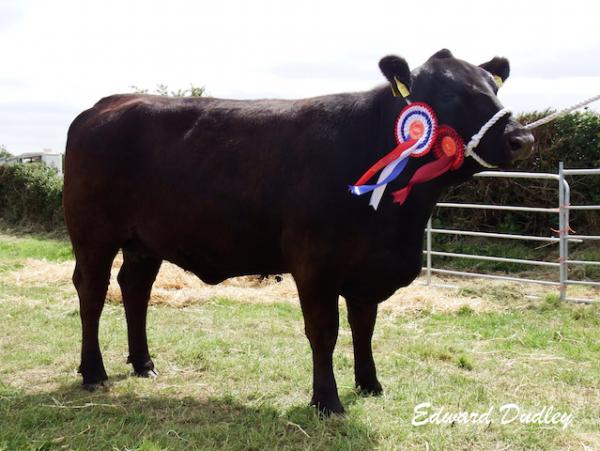 The Castlelough Aberdeen-Angus herd of Edward Dudley, Dovea, Thurles, Co Tipperary claimed a double victory over the weekend, winning both the breed championship and reserve at the annual Gorey Show under judge Tom Murphy, Co Carlow.

The supreme championship went to the yearling heifer Castlelough Miss Bea P142. This September 2014 born heifer is by Clontead Ecco and was shown extensively last year. Her 2015 show season highlights include winning the overall breed championship at Nenagh Show and representing the breed at the 2015 National Ploughing Championships.

Standing in the reserve spot was Castlelough Mystic Babe R160. This young heifer calf was born in September 2015 and is also by Clontead Ecco.