Carlisle May sale peaks at 8000gns 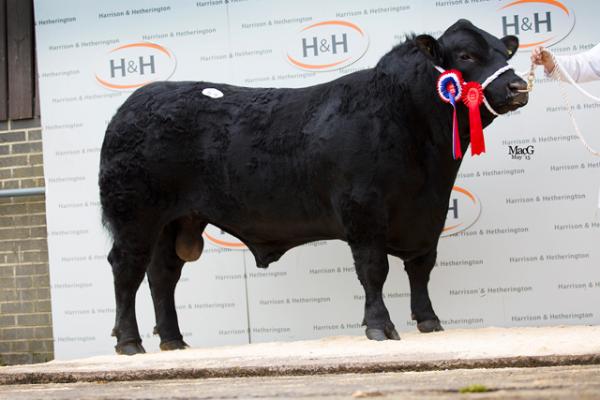 Commercial men were out in force at Carlisle on Friday 22nd May for the spring show and sale of Aberdeen-Angus bulls, which saw a top price of 8000gns, an average of £3706.32 for 57 bulls sold, representing a clearance of 82%.

Commenting on the sale, assistant breed secretary Neil Caul said: “Breeders were rewarded on Friday for bringing well fleshed bulls with good tops, spring of rib, with those of medium frame and bone proving to be the most in demand.”

Leading the trade at 8000gns was the junior and overall champion, choice of judge Andrew Hodge of the Rulesmains herd, Duns, Berwickshire. Belhaven Dundee N088 from John and Teena Gilmour, Penston, Macmerry, is by Rawburn Elmer J921 and is out of the Muirhall Double Edition E018 daughter, Belhaven Delia J125, who is from the same family as the 10,000gns Stirling 2013 champion, Belhaven Dryburgh Abbey. He sold with a calving ease of +3.3, eye muscle area of +5.9 and a self replacing index (SRI) of +51 to leading suckled calf producer David Lindsay, Kirriemuir, Angus. 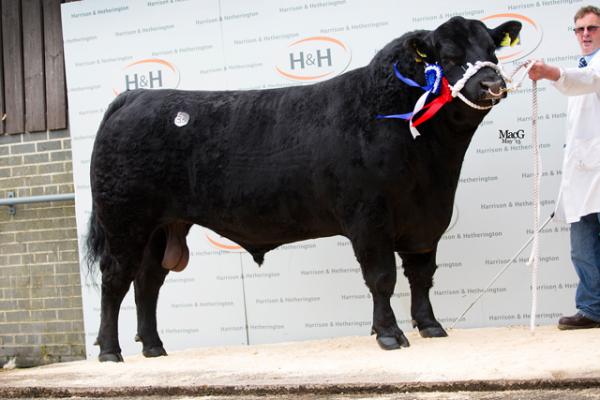 Second highest price on the day was the senior and reserve overall champion Gretnahouse Jonty N640 from Gretna House Farms. This ET-bred son of the noted Auldhouseburn Karlos D218 is out Duncanziemere Jody D147, herself a Newcairnie Pastor Z006 daughter. With an eye muscle area of +6.3 and SRI of +52, he found a new home with Hoddam and Kinmount Estates, Lockerbie, Dumfriesshire.

The first placed Hallington Excalibur N401 from Newcastle-on-Tyne-based father and son team Alan and Stephen Lawson then traded at 6000gns. Home bred on both sides, he’s by Hallington Evo L333 and is out of a Netherallan Peter Pershore E052 daughter. With a terminal sire index (TSI) of +49 and a SRI of +66 ranking him in the top 1% of the breed, he was knocked down to G W Green and Sons, Wooler, Northumberland. 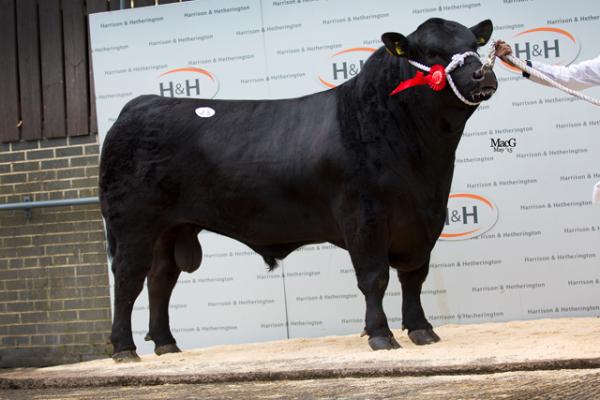 Roxburghshire-based John Elliot then sold his first place Rawburn El Nino P882, a junior bull from the last class, for 5700gns to Wilson bros, Alnwick, Northumberland. This one is a Peter Pershore son out of a Rawburn Randolph F555 daughter, Rawburn Ellen Erica J926 who is maternal sister to the £30,000 Rawburn Emblem. He also carries an eye muscle of +7.9, TSI of +54 and SRI of +72, again ranking him in the top 1% for the breed. 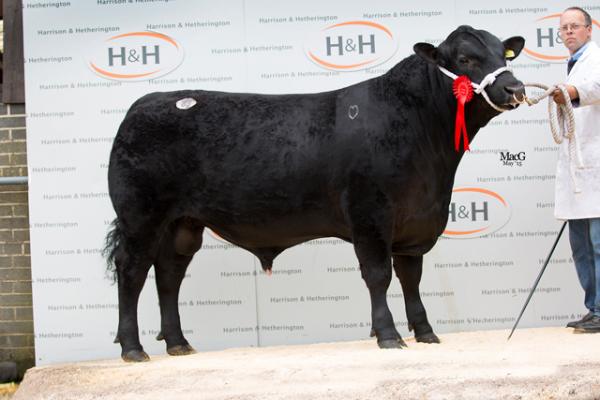 Two other bulls followed at this price tag, the first being Lockerbie based Messrs Graham, who sold Carruthers Geezer N426, a Rawburn Enigma G653 son out of a home bred HF Dreamstreet 21F daughter. With a positive calving ease and milk figure of +10, this one was knocked down to W C and D Copland, Dumfriesshire.

The third bull to trade at 5200gns was another from the Lawson family, this time Hallington Jubilant Eric N420. Having stood third in his class, he’s by Hallington Jenson Eric L307, a Peter Pershore son and is out of a Hallington Knight F123 daughter. With a milk figure of +17, he heads across the water to Sean Farrell, Co Down.

In the small female offering, trade peaked at 4300gns for the female champion Duncanziemere Schelda P096, an April 2014-born daughter of the Royal Highland Show breed and interbreed champion Rawburn Jester Eric J034 and is out of an Auldhouseburn Karlos D218 daughter. She found a new home with M R Colville, Bishops Stortford, Herts. He also bought the reserve female champion and her herd mate Duncanziemere Miss Belinda P097, another Jester Eric daughter. This one traded at 2200gns. 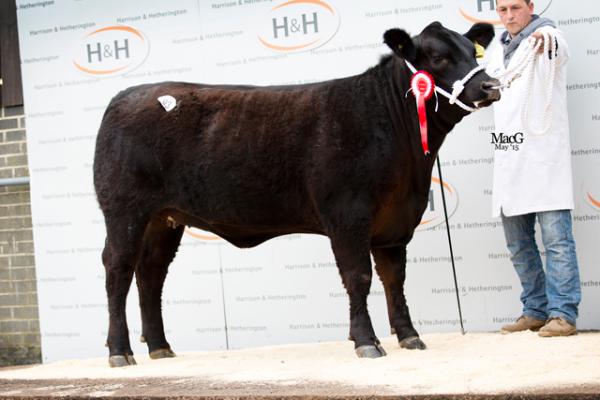