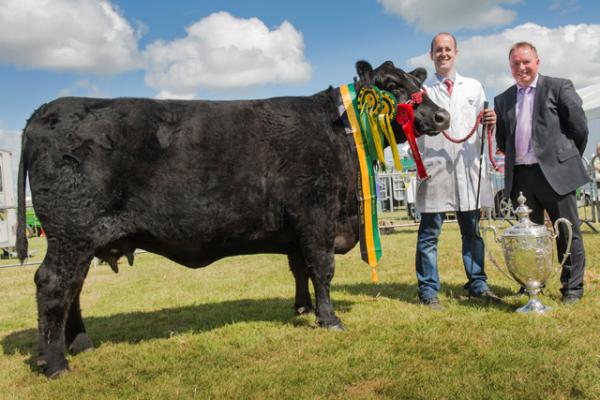 With entries present from as far away as Tyrone and Sligo with all hoping to take their share in the €5000 prize fund, judge Albert De Cogan from the noted Mogeely herd had a difficult task on hand.

Taking the overall championship on the day was Shankill Lady Helton J049, brought out by Eustace and Deirdre Burke who run the Clontead herd in Carrigaline, Co. Cork. This six year old cow was shown with her bull calf at foot and is by the successful show bull Cashelane Bart. Speaking on his champion, Albert De Cogan said: “This is a big cow full of character and although carrying a lot of weight moves well and is rearing a good calf”. 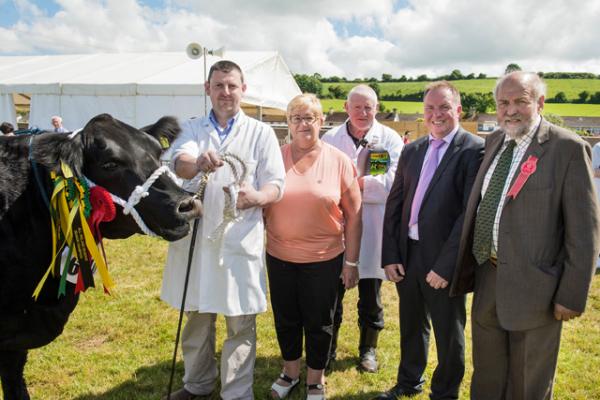 Having won the senior heifer class it was Kerins Kemi who went on to secure both the reserve senior championship and the reserve overall championship. This one is by renowned AI bull Aynho Rossiter Eric and made the 10-hour round trip well worthwhile for breeder Bernard Kerins of Ballymote, Co. Sligo. 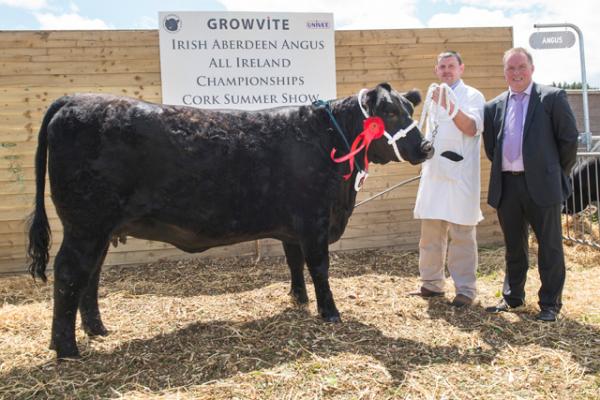 In the junior championship it was Matthew Goulding and family who claimed top honours with Goulding Lomax. Out of the homebred Goulding E Patriot 347, this one is sired by Bosullow Elmark and was placed first in the September bull class earlier that day. 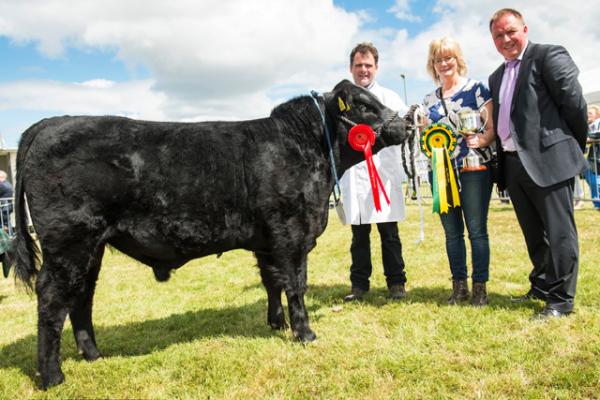 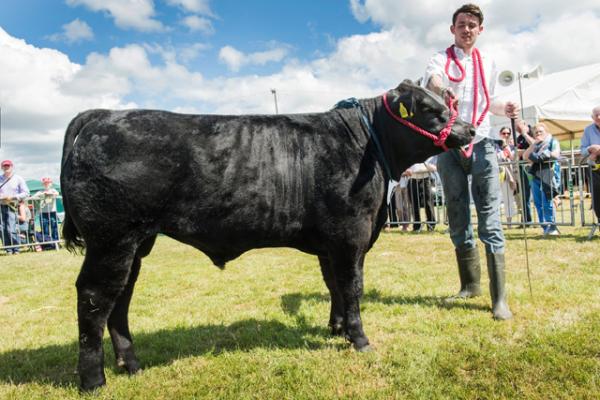 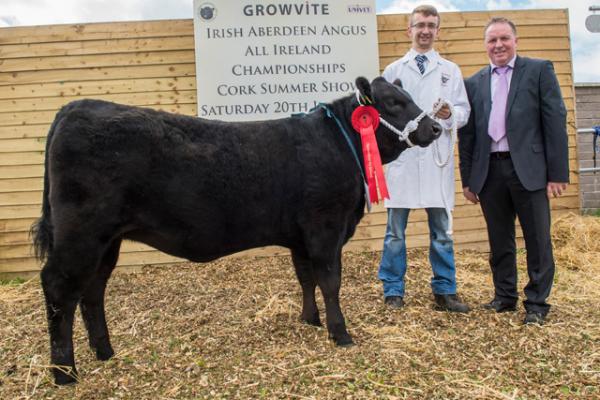 Junior stockperson (16 and under) 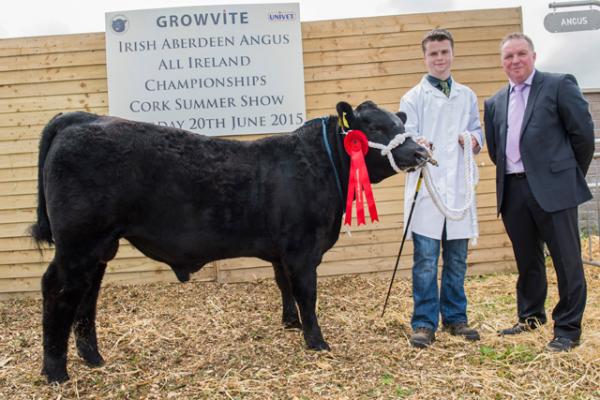 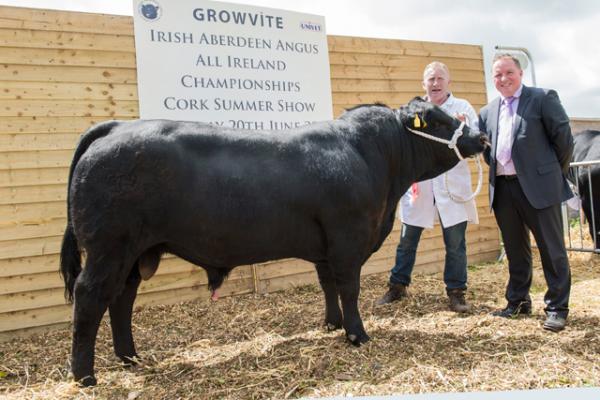 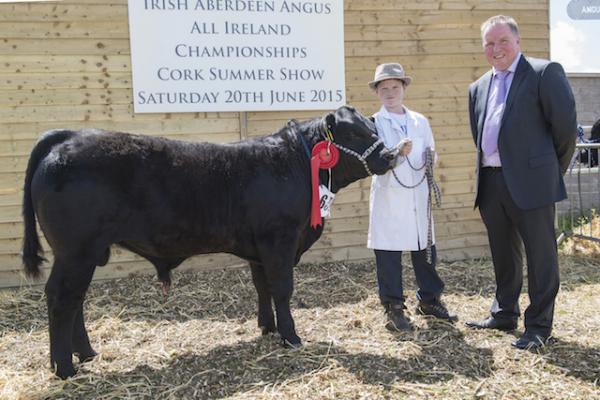 Cow with calf at foot, born before September 2012

Cow with calf at foot, born on or after 1st September 2012 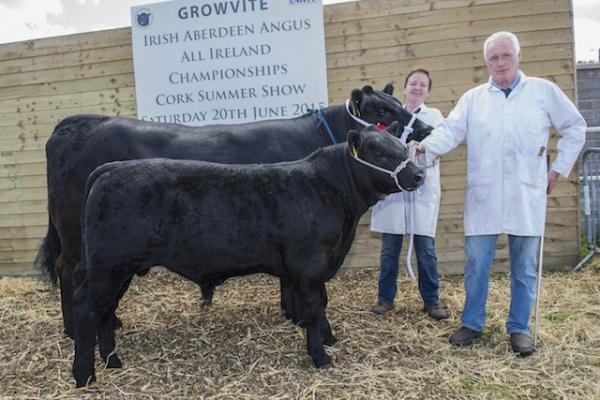 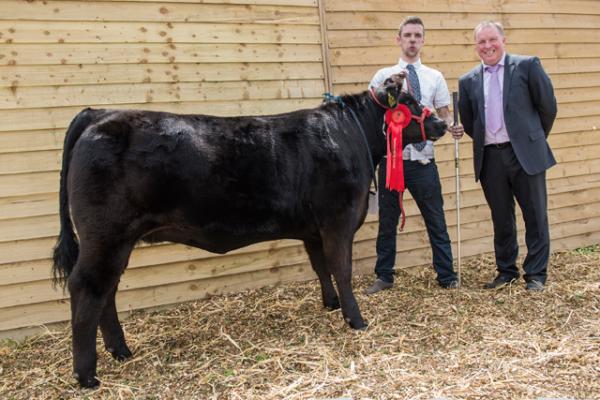 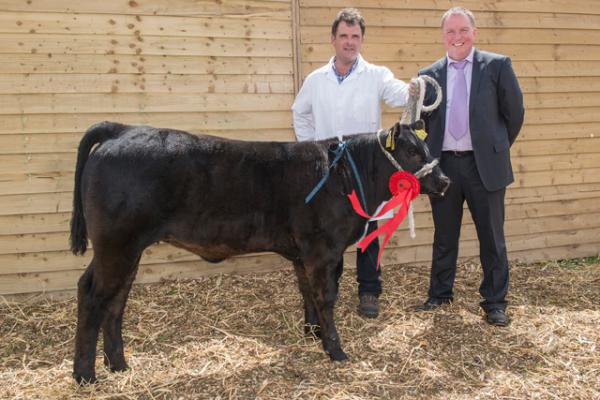 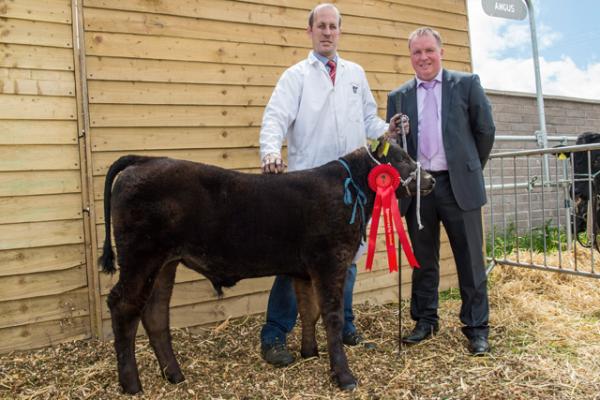