Buoyant trade as Aberdeen-Angus bulls soar to 5,000gns at Dungannon 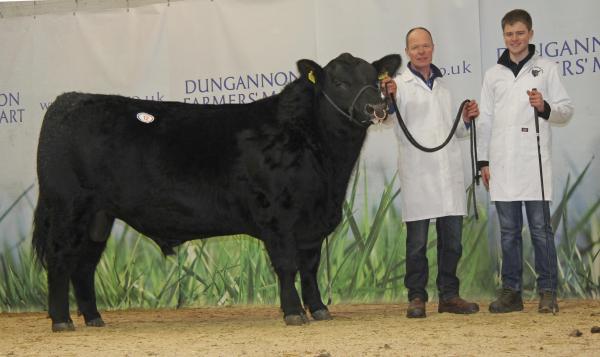 Prices peaked at 5,000gns, with auctioneer Trevor Wylie confirming an almost complete clearance resulting in 11 bulls selling to average £3,646 – an increase of £646 on this time last year when 14 lots were traded to level at £3,000.

“It’s been a good day, and probably one of the best sales we’ve witnessed at Dungannon for some time. Dairy and suckler herd owners were out in force to buy bulls, and the buoyant trade reflected the quality of the animals on offer. “

Topping the sale at 5,000gns was Kiltariff Deacon S875 bred and exhibited by Kenneth Bready, and son Steven, from Rathfriland. Born in May 2016 he was sired by Netherton Americano M703 ET, and is bred from the Ardrossan Admiral A2 daughter Kiltariff Darlene M492. Ranked in Breedplan’s top 1% for eye muscle +7.9, terminal sire index +50, and self replacing index +64, he is in the top 5% for calving ease at +3.7.

Placed fourth in his class, he attracted a number of admirers around the packed salering, and after intense bidding was secured by Ballymoney suckler herd owner Desmond Fulton.

Kenneth Bready, who also produced the joint sale leader at the society’s April 2017 sale, was pleased with the end result.  “I’ve always thought a lot of this bull, he stood out from early age.”

Michael Smith praised the champion: “The quality has been good throughout, but the champion really caught my eye. He has length, a great top, excellent breed character and super ring presence.”

The Doyle’s also produced the male champion at last year’s February sale. This year’s winner is in the top 1% for milk +22, and top 10% for terminal sire index +44. Buyer at 4,600gns was Hamilton Cleland from Downpatrick.

Sam McCollum, who established his Priestland Herd at Bushmills in 1954, realised 4,000gns for the third prize winner Priestland Dan S766. This May 2016 entry is a son of the herd’s stock bull Tonley Palacios K715, and is bred from a dam carrying the Ballyheather prefix. This one sold to L Mathers from Strabane. 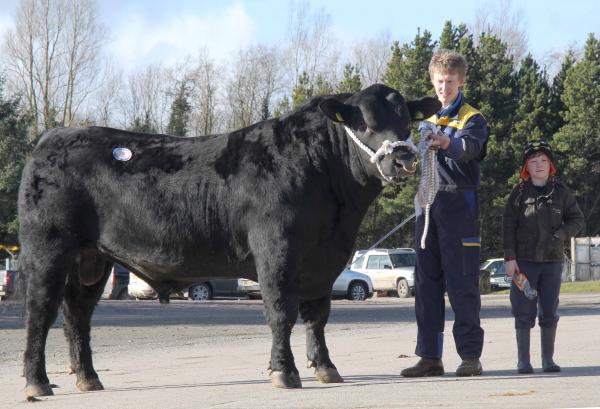 Another Tonley Palacios K715 son from the sale vendor attracted a bid of 3,000gns from William Henry, Garvagh.

James Porter from the Gillhall Estate based at Dromore, County Down, secured the reserve male championship ribbons with Old Glenort Piper S537 TSI+34 SRI+41. Born in July 2016, and sired by stock bull Cardona Fergus N892, he is bred from Old Glenort Precious Pollot M714 – one of 60 cows in the herd. This one came under the hammer at 3,600gns, selling to Brian Begley from Carrickmore. 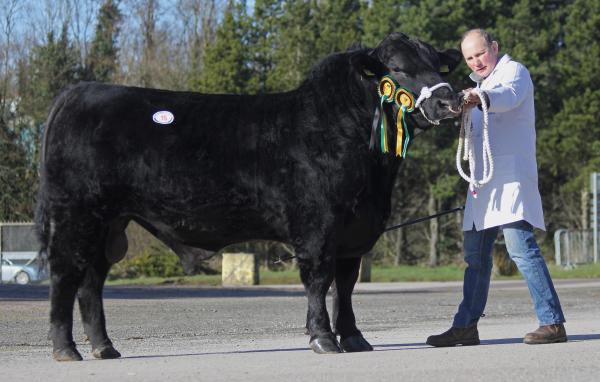 A small entry of females peaked at 1,900gns, paid to Richard and Fiona McKeown, Templepatrick, for the female champion Ashvale Lady Jane T167. This yearling heifer is a daughter of Netherton Mr Brazilian E377, and is out of Woodvale Lady Jane J896 – one of 20 cows in the herd. She was snapped up by Robert Anderson from Richhill. 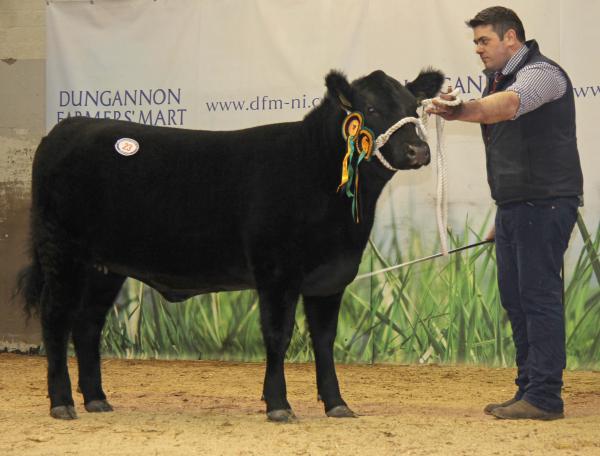 Mr Anderson also paid out 1,500gns to secure the reserve female champion Ballyvaston Lady Tina T052 bred by Jackie Strain from Downpatrick. Born in January 2017, she is by Thrunton Picador N567, and is out of Drumawhey Lady Tilly J901 – one of five cows in the herd founded ten years ago. 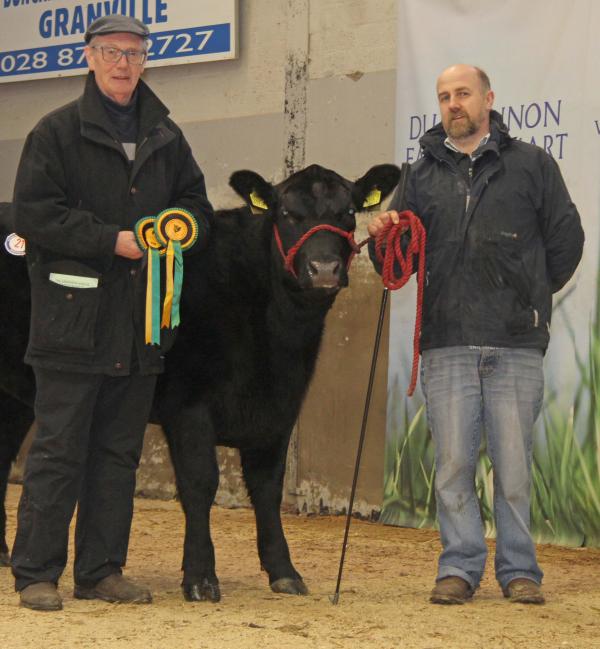 Eighteen-month-old Ben Mullan from Stewartstown, was the youngest spectator at the Aberdeen-Angus Cattle Society’s show and sale in Dungannon Farmers’ Mart. 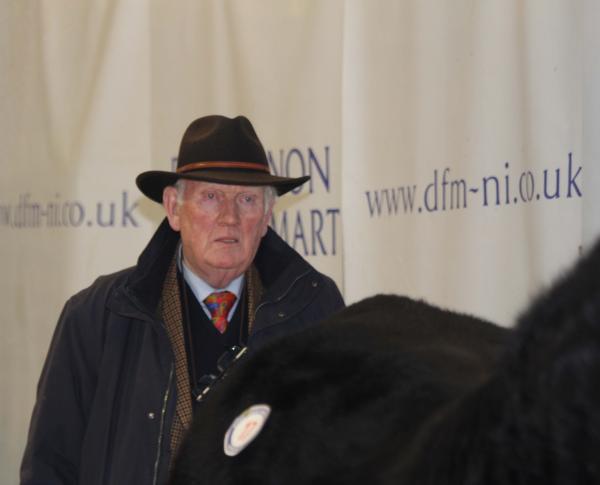