Bulls trade to 5000gns at Thainstone 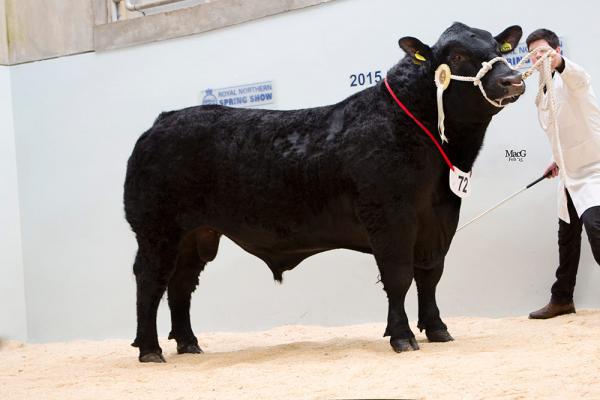 The offering of Aberdeen-Angus bulls at Thainstone’s Spring Show achieved a top price of 5000gns for Auchincrieve Excalibur N671 from Messrs C and E McCombie.  This third prize winner in the pre-sale show is by Blelack Master Bugle L634 and out of Auchincrieve Elaine L394, a Blelack Widgeon E191 daughter. He was purchased by Terry Coghill, Birsay, Orkney.

Second top at 4600gns was the pre-sale champion Alasdair Locke’s Bregach Ollie N333. Born May 2013 he is by Wedderlie Black Knight E901 and out of the Aynho Rossiter Eric B125 daughter Wedderlie Omossie H716. This bull also sold to Orkney, this time to Liam Muir. 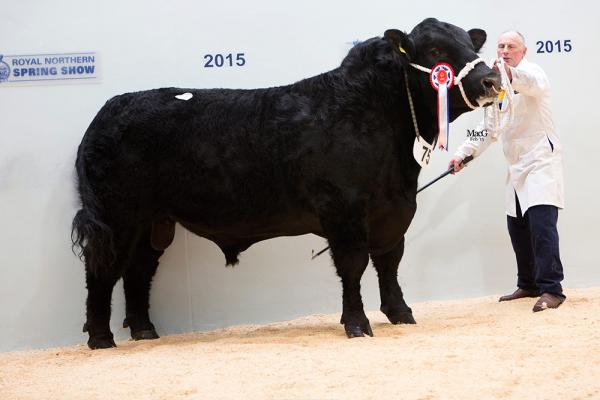 Liam Muir also paid 3300gns for the reserve champion Logie Remember Bruce N330 from Messrs M Bruce and Partners. Sired by the 12,000gns Glenbuchat Bruce K149 his dam is the Carlhurle Dynastic A170 daughter Logie Rosebell D271.  The first son of Glenbuchat Bruce was senior champion October 2014 and sold for 6000gns, while his second son took the same championship and sold for 5000gns in February 2015. 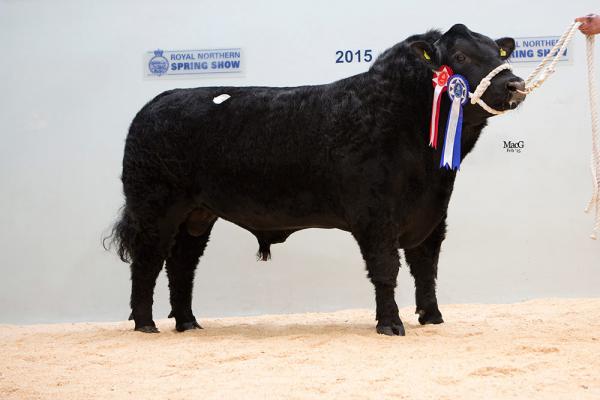