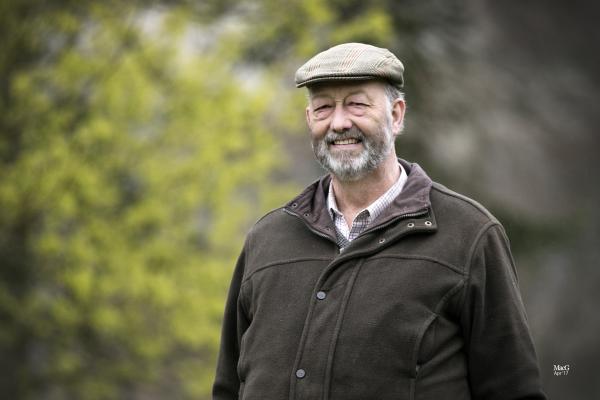 The Glenbervie Aberdeen-Angus herd has 200 cows and every year sells between 30 and 40 heifers into the European Union.

John Lohoar, farm manager at the Glenbervie estate in Aberdeenshire, has recently returned from the 7th Aberdeen-Angus Auction in Gundelfingen, North of Munich.

While the final situation on Brexit remains unclear, John was keen to take the temperature of the lucrative European market and test what the UK’s withdrawal from the EU might mean.

“Our herd was founded on females from the Blelack and Newcairnie herds, and the first Angus cow arrived here in 1992,” said John.

“All Glenbervie cattle are either finished for slaughter at Scotbeef and sold in Marks and Spencer, or are sold as breeding females around the world,” said John. “We’ve sold bulling heifers to countries including Romania, Germany, Spain and Estonia.”

“With 21 heifers sold into France in August, and eight off to Romania in September, it’s an important market for us.”

At the end of October, John went to Gundelfingen, north of Munich. Here they were holding their seventh sales of UK bred heifers, so John went out to see who is buying.

“The sale restarted seven years ago, when the BSE crisis subsided, and the Germans are still in the early days of organised sales,” said John.

They seem to appreciate the support of the more experienced Scots with eager buyers from Romania, the Czech Republic, Switzerland as well as Germany. The majority of the cattle there were from the UK along with cattle from Bernhard Delle’s Donaumoos Aberdeen-Angus herd.

Bernhard, who runs the German Angus group and organised of the sale, owns the Landgasthof Sonne hotel and butchery, as well as an Aberdeen-Angus herd. The hotel steakhouse, with 300 covers, serves quality Aberdeen-Angus meat.

“We manage the entire process in the Angus business closing the circle – from the pasture to the plate in the restaurant,” he said.

“Angus beef is steak beef. Currently we can see a change in attitude among customers towards greater awareness of quality.

“Whether Hungary, Romania, Ukraine or Serbia – the countries of Eastern Europe offer excellent potential for the breeding of quality cattle.

“The seventh sale of pedigree Aberdeen-Angus stock successfully held at Gundelfingen has lived up to expectation and confirms the European consumer confidence in the quality of Aberdeen-Angus beef.”

John said he was happy with the reassurance he took away from being at the sale.

“Our message is ‘quality beef from quality cattle’ and it’s one that resonates in Europe,” he said.

“The Romanians get a subsidy to stock herds with UK heifers to expand bloodlines.

“Their aim is to double the country’s stock from 40,000 head of cattle to 80,000. The good thing in the face of Brexit is that they are still keen to secure the supply of Aberdeen-Angus from the UK.

“The Germans are expanding more slowly than Romanians. They operate a co-operative system, working together to spread knowledge and appreciation of the Aberdeen-Angus breed.

“It’s an approach I admire,” admits John. “We all need to realise that our competitors are suppliers of chicken or tofu and not other cattle breeders.”

“The consensus is they definitely want our heifers,” he said. “It’s a premium market for us, even if there are added costs involved, so I think we can safely say the Angus has a strong future in Europe.”

One of the highest prices at the sale was reached by a heifer from Willie Lawson from Scotsmill, Alford. Pictured below is Willie Lawson (centre) with two buyers and the heifer in the foreground – Early Primrose T933 by Belhaven Quebec P098 sold in calf for 3,700 euros to Retties Lord Admiral which went to established German breeders from Hessen: 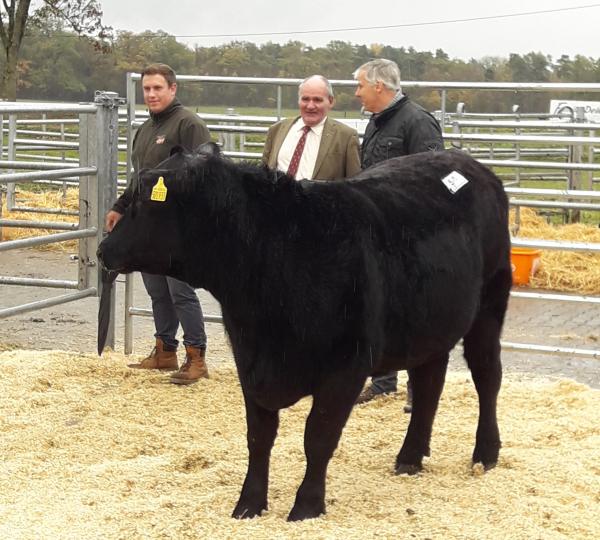 Shown below is Bernhard Delle talking to one of the organisers of the Romanian delegation at the sale:

« Go back
This website uses cookies to ensure that we give you the best experience on our website.Accept Read More Reject
Review cookie consent
Necessary Always Enabled