Blelack sets May Stirling joint centre record for all breeds 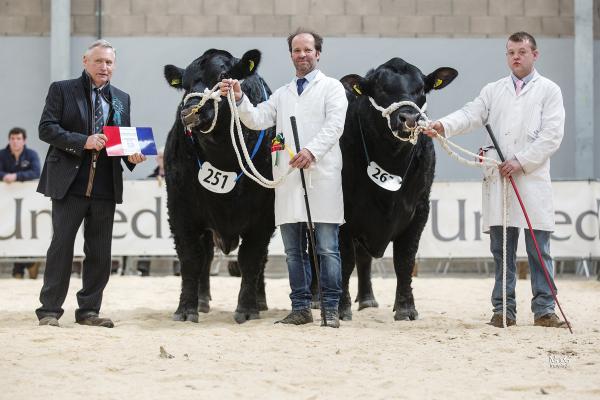 Aberdeen-Angus vendors in Stirling witnessed a scorcher of a sale today with the Massie family setting a joint all breeds centre record for a May Stirling sale and a ring clearance just shy of 100% and an average of £4638.26, up £705.26 on the year.

Commenting on today’s sale Society chief executive Johnny Mackey said: “Today’s sale for all breeds has gone well, but the Aberdeen-Angus breed has faired particularly well with a strong demand from both commercial finishers and suckler female replacements, as well as a few pedigree breeders in action.” 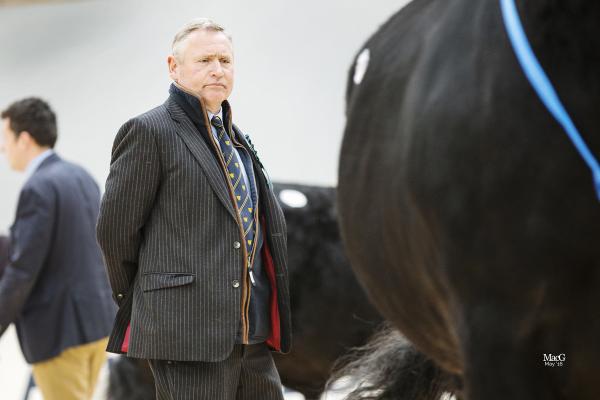 Sale leader at 10,000gns was today’s overall champion, judged by Ken Howie of the Cairnton herd, in the form of Blelack Jury Eric P384 (lot 251). A son of a past Royal Highland Show champion Blelack Equity J127, he’s out of a Blelack Black Gold C717 daughter and sold to Ray Gardiner and Craig Smart of the Newton Muchalls herd, Westhill, Aberdeenshire. 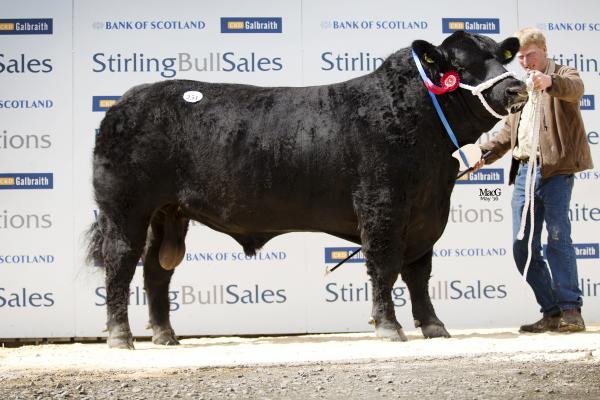 Two bulls shared a 6000gns price tag, the first of which was the first lot in the ring, Netherton Marvel P796 (lot 235) from Messrs W and D McLaren. This ET-bred The Moss Mr Eshton D409 son is out of The Moss Florian B284 daughter, Netherton Missie E371 and sold with a self replacing index of +43 to Messrs Stevenson for the Linburn herd, Erskine.

Next at that money was the first place Tonley Eminem P060 from Neil and Mark Wattie. With a Self replacing index of +50, this Blelack Evor H929 son is out of a home bred Hurdcott Elixir E215 daughter and sold to Messrs Fisher. 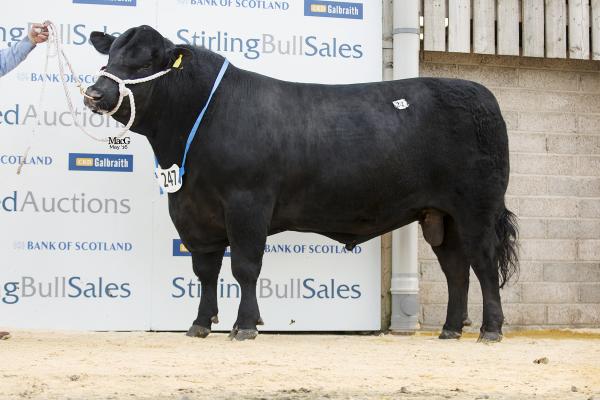 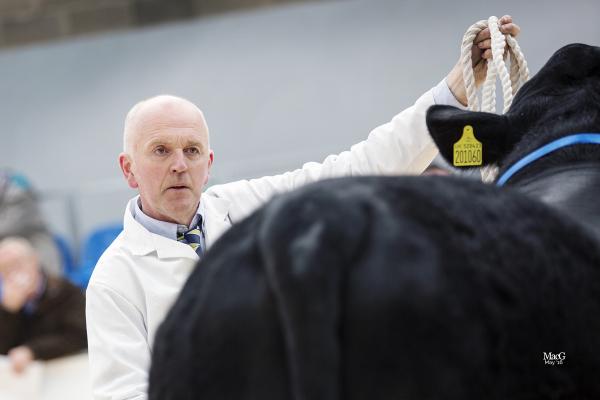 At 5800gns was Logie Longmorn P513 (lot 260) from Messrs Bruce and Partners. This Blelack Lord Hidalgo H972 son is out of a home bred Logie Darius E382 daughter and was knocked down to Messrs Maclannachan, Garelaw. 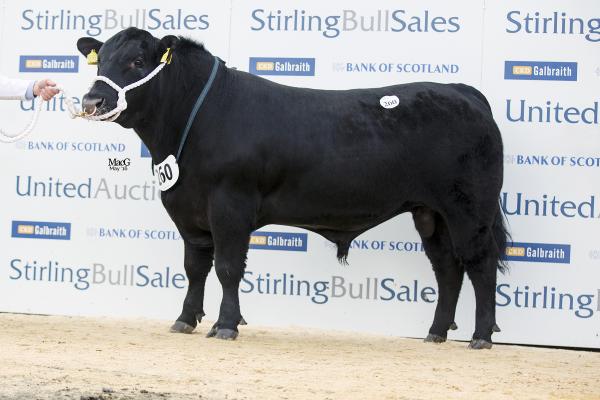 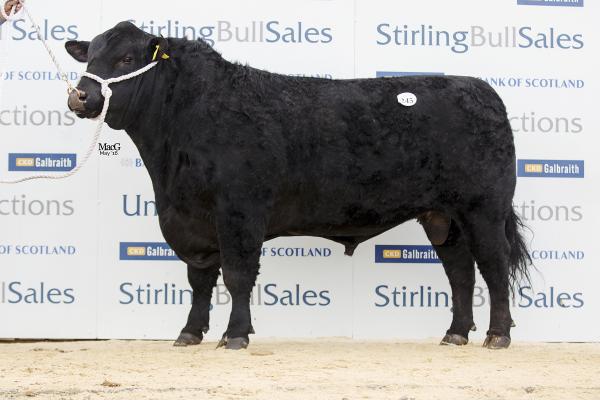 The next at this price was another from the Massie string in the form of Blelack Dracula P389 (lot 252), a Netherallan Peter Pershore E052 son out of the Royal Added Value 19D daughter, Ballyheather Dolly Z682. With a self replacing index of +57 and a terminal sire index of +41, he was knocked down to W Semple, Argyll.

The second place Elliot Rhymer P942 (lot 246) from John Elliot then traded at 5200gns. By Belhaven Beckenbaur K285, he’s out of Elliot Rosebud L273, a Rawburn Double Oseven J985 daughter. With an eye muscle figure of +4.1 and a self replacing index of +53, he sold to J King, Thortonhall, Glasgow. 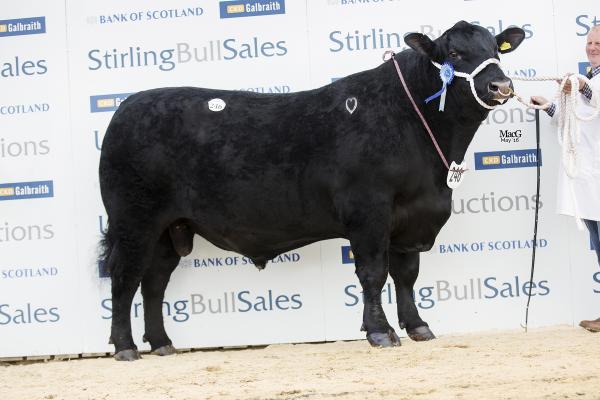 At 5000gns was the pre-sale reserve champion Kilmaluag Jack Eric P164 (lot 263) from Donald Rankin. By the herd sire Retties JFK M195, he’s out of a home bred Cardona Edwin F440 daughter. He heads to Orkney with Liam Muir. 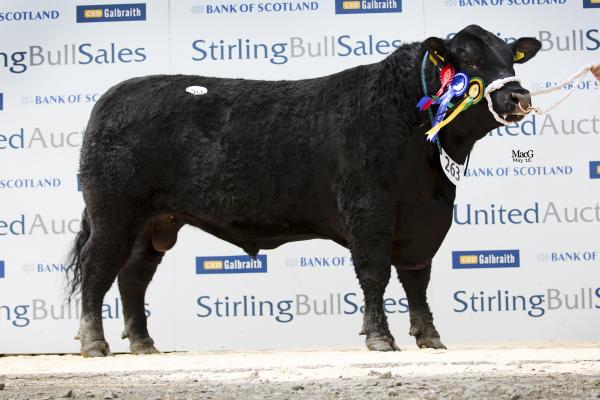 Then at 4500gns was George and Aileen McFadzean with Cherrybank Energy P899 (lot 249). By Fordel Java Eric H525, he’s out of a home bred Calfward Flyer D075 daughter and sold with a self replacing index of +60 and a terminal sire index of +48. Buyer here was H J Watson and Sons, St Andrews Fife. 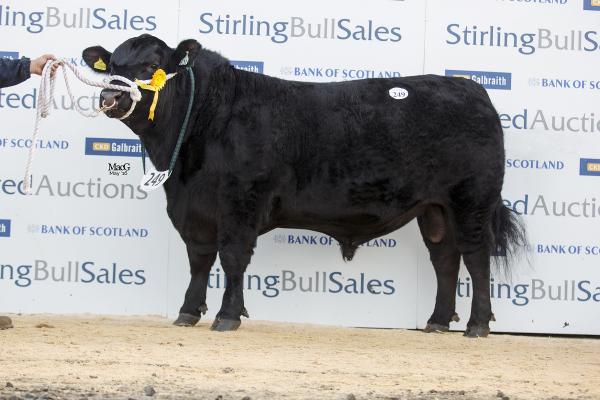