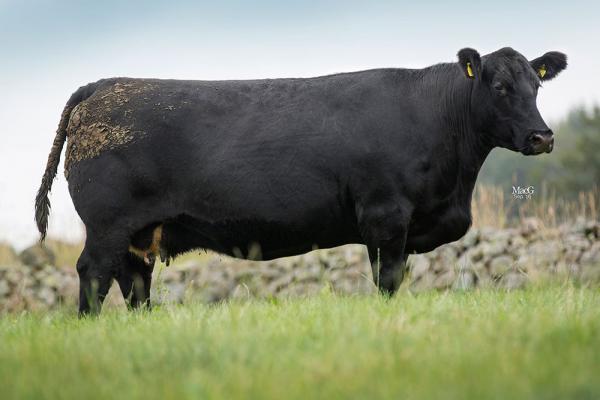 The ringside at United Auctions, Stirling, has been left somewhat speechless having witnessed one of the most phenomenal female sales in the breed’s history with Neil and Graeme Massie setting a new female breed record to the tune of 35,000gns, beating their previously set record of 32,000gns. Demand for Blelack females has been described by many as off the chart with bids flying throughout the sale.

Sale leader was the May 2009-born ET-bred Blelack Lady Eraline J258. By Oneils Renovator, she’s out of Oneills Lady Eraline, a Vermillion Dateline daughter and carried a self replacing index of +43 and a terminal index of +30. Buying this one was George Pirie on behalf of Hannah and Eric Heerema for Balavil Estate, Kingussie, Scottish Highlands. The couple are in the process of establishing a 60-70 cow herd alongside Cheviot and Blackface ewes on the 7000-acre sporting estate.

Her March-born bull calf, Blelack Lord Eston S649 then followed for 10,000gns leaving the outfit grossing 45,000gns. This one is by Hallington Principal M367 and was the top priced bull calf in the sale and sold to Philip Halhead for Norbreck Genetics.

The next best outfit price was 22,000gns with both mother and daughter selling for 11,000gns each. This was paid for Blelack Toplass M899 and her daughter Blelack Toplass S655. Toplass M899 is an April 2012 Blelack Duke J262 daughter out of the Blelack Blackgem G721 daughter, Blelack Toplass J159. She sold having ran with Haymount Wavarlo N383 and with a self replacing index of +61. This outfit sold to Balavil Estates. 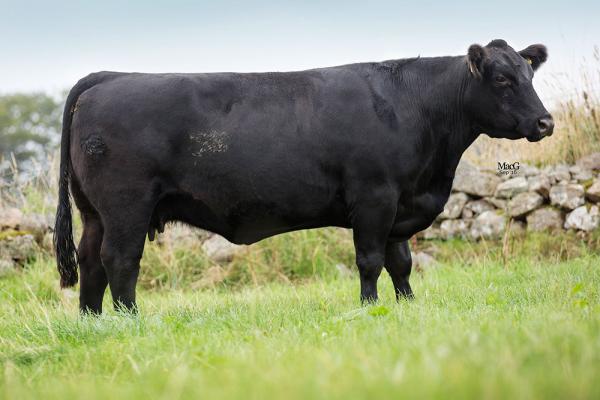 The second highest priced female on the day at 15,000gns and helping to gross 20,000gns for the outfit was Blelack Miss Bangle L613. This March 2011-born Blelack Duke J262 daughter is out of the Peter Pershore daughter, Blelack Bangle Maid J141 and sold having run with Warrenho Emperor M425 and Hallington Principal M367. Her heifer calf, by Haymount Wavarlo N383, then followed at 5000gns. They also stayed together heading up to the Highlands with the previous two purchases. 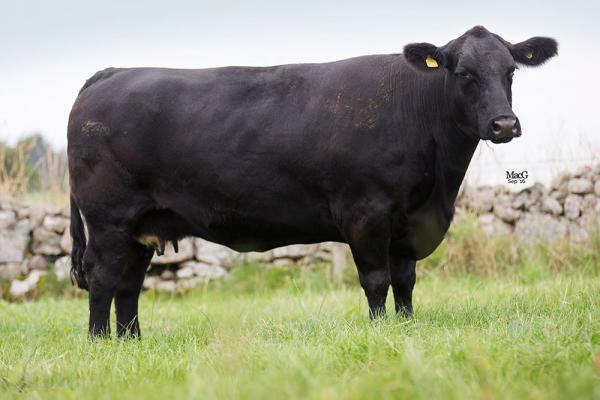 Next best selling for 13,000gns, selling for the best calved heifer price and helping to gross 19,000gns was Blelack Princess Caroline P304. Born in April 2014, this Blelack Evergreat H003 daughter is yet again out of a Peter Pershore daughter and was described by Graeme as one of the stand out calved heifers on the day. She sold having run with Blelack Lord Blackcock P302 and then Blelack Kanny Lad R498 to Messrs Gardiner, Lynne of Skene. Meanwhile, her calf, by Blackcock, sold for 6000gns to Messrs Shepherd, Fochabers, Morayshire. 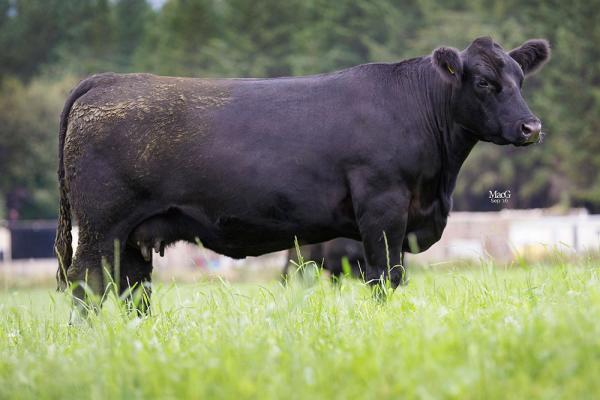 Then selling for 13,000gns was Blelack Eyrie L816, a September 2009-born Oakchurch Dominator G035 daughter out of Eyrie G197, herself the former female breed record holder at 32,000gns. Her bull calf then sold for 4500gns and said with the dam having been sold to Balavil Estates. 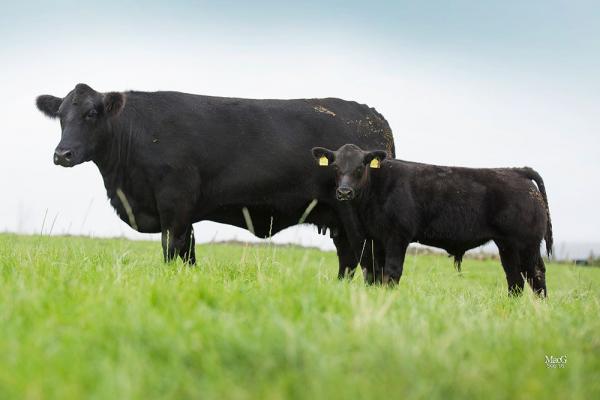 Next best grossing outfit at 17,000gns was Blelack Toplass P322 and her heifer calf, Topless S698. Toplass P322, an April 2014-born Blelack Duke J262 daughter is out of a Blackgem daughter and sold with a self replacing index of +58 to Andrew Hodge for his Rulesmains herd. Meanwhile, her heifer calf then traded at 7000gns selling to John Walsh for his Buckhurst herd, Bury, Lancashire. 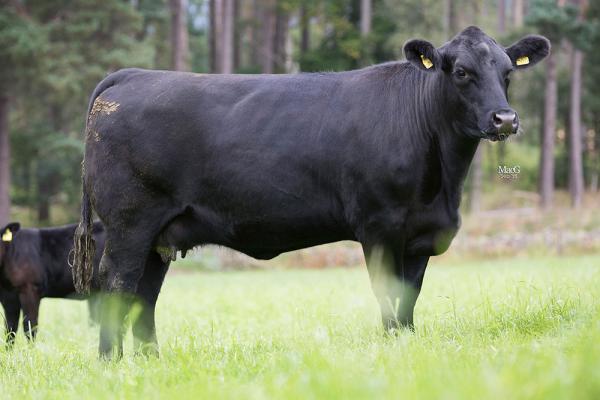 Grossing 16,000gns with dam and daughter both selling for 8000gns was Blelack Karama Lady N094 and her calf Kara Lady S654. The dam is a Blelack Duke J262 daughter out of yet another Peter Pershore daughter with a self replacing index of +63 and sold to Fasteners Ltd, Ellon, Aberdeenshire, while the calf was a Hallington Principal M367 heifer calf and sold to Glenrinnes Farms, Dufftown, Banffshire. 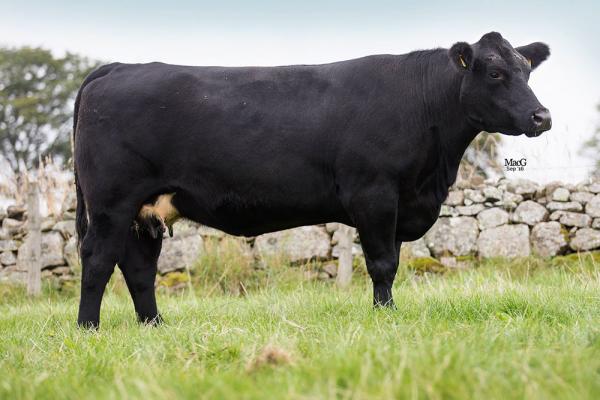 A number of females traded at the 10,000gns mark including Blelack Reba N200. With an outcross pedigree on offer for buyers she is by R F Shock N Awe and is out of the Gees Traveller 102 daughter R F Reba GT102. she sold to previous buyer Fasteners Ltd, Ellon. Her Blelack Black Blockbuster P358 heifer calf calf then traded at 5500gns selling to John Loftus. 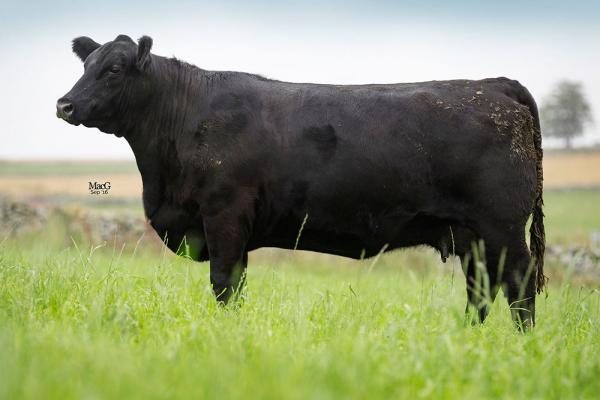 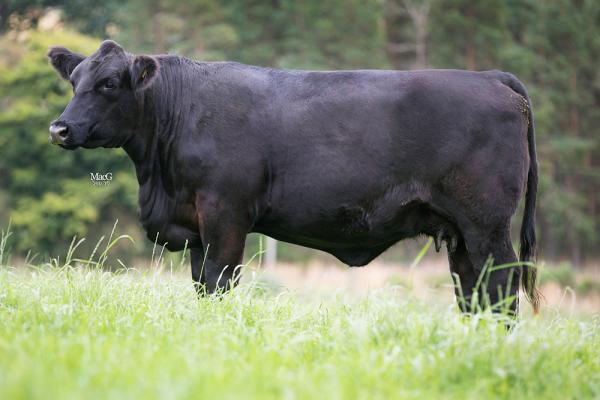 And at the same level was Blelack Blackcap J203, an April 2009-born Nightingale Defiance E264 daughter out of Blelack Blackcap B586, a Young Dale Monarch 12E daughter. She sold to previous buyers Balavil Estate. 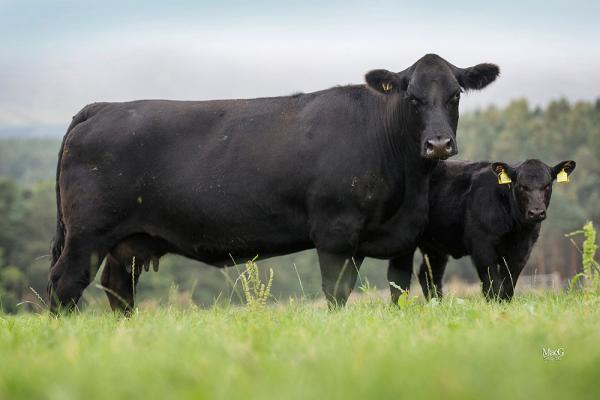 The last at 10,000gns was Blelack Lady Blackcap P356, a Blelack Evergreat H003 daughter out of an Oneills Expedition daughter. Buying this one was Donald Rankin for his Kilmaluag herd, Isle of Skye. 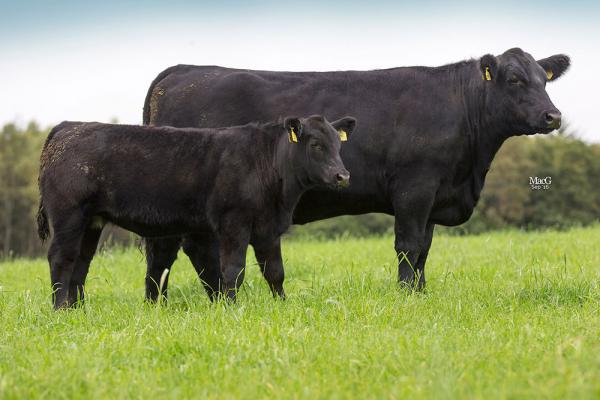