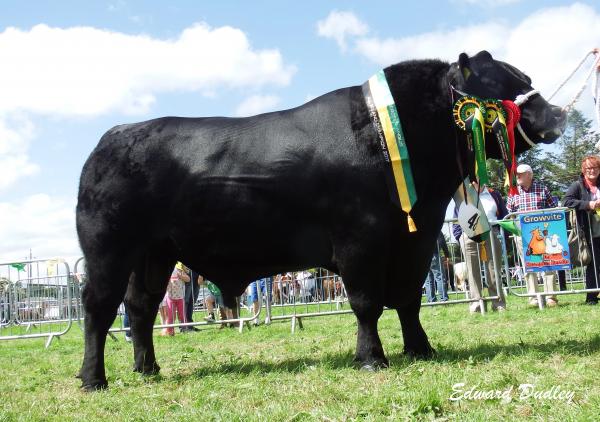 The annual All-Ireland Aberdeen-Angus championships, kindly sponsored by Growvite and Univet, took place at the Newry Show, Newry, Co. Down, Northern Ireland over the weekend of 24th and 25th June. This year’s finals were the centerpiece of the Irish leg of the 2017 World Angus Forum, which was visiting the UK & Ireland for the first time in 40 years. International delegates and home visitors were treated to an exceptional line-up of cattle with quality exhibits right throughout each of the classes. Over 80 entries were catalogued with the very best stock, north and south of the border exhibiting on the day making it one of the few truly all-Ireland competitions on the entire showing calendar.

The overall supreme championship went to S&S Matchett, Portadown, Co. Armagh with the senior stock bull, Cheeklaw Emlyn P480. This three year old bull is sired by Cardona Proud Punch L752 is standing as junior stock sire at the 15 cow Birches Aberdeen-Angus herd in Portadown. No stranger to success, the Matchett family of Gail, Nigel, Sam & Sarah had previously taken the reserve supreme championship title at last year’s All-Ireland but went one better this time round, clinching the breed’s biggest title for the first time in their young herd’s 9 year history. Judge Mr. Desmond Mackie, Lisburn, Northern Ireland commented on the style and natural fleshing characteristics of his champion and complimented the Matchett family on turning him out to such a high standard for the show ring.

The reserve All-Ireland championship went to the father and son team of Pat & Finbarr Cahill, Shankill Lower, Cavan, Co. Cavan with their stock bull, Drumhill Lord Harry R635. This bull was purchased in Stirling, Scotland earlier this Spring and was making his showing debut on the Irish circuit. This one is a son of Nightingale Proud Jake G405 and is out of Blelack Lady Heather J169. Standing at barely two years of age, this bull was the youngest exhibit in the senior stock bull class and marked the second time this season that two senior bulls have taken the top two championship spots at a major Irish show, in keeping with the trend started at the Royal Ulster Spring Show at Balmoral. 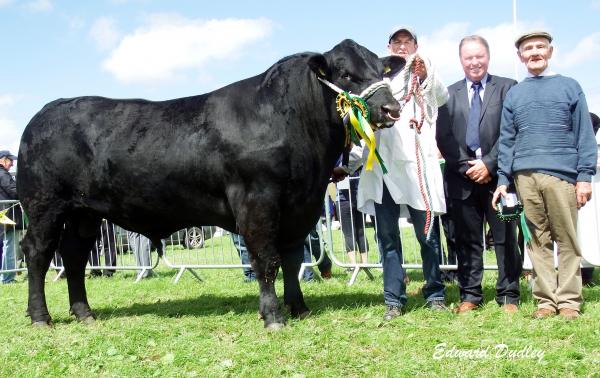 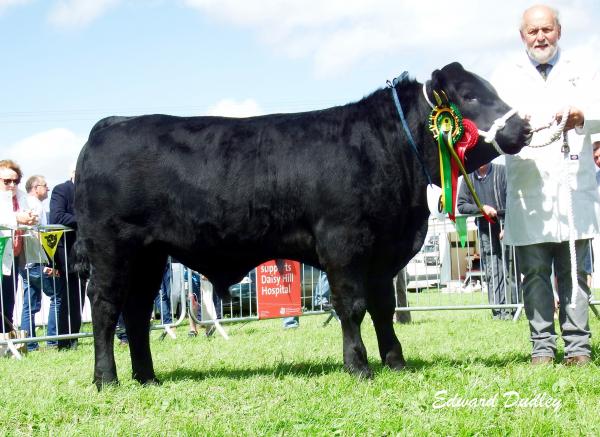 Standing reserve in the junior championship line-up were Matthew & Rita Goulding, Ballyduff, Tralee, Co. Kerry with the heifer calf, Goulding Missie S810. This September 2016 born calf is the latest addition to the prolific Missie family with her dam Goulding Missie M535 being a previous RDS champion of champions recipient. Her maternal sister, Goulding Missie R714 was also a 1st prize winner at the 2016 All-Ireland Aberdeen-Angus championships, as a young calf last year. 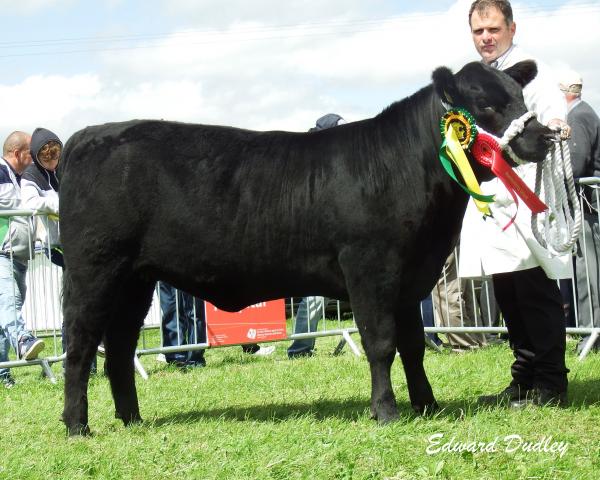 Junior Stockperson, open to boys and girls, aged 17 and under 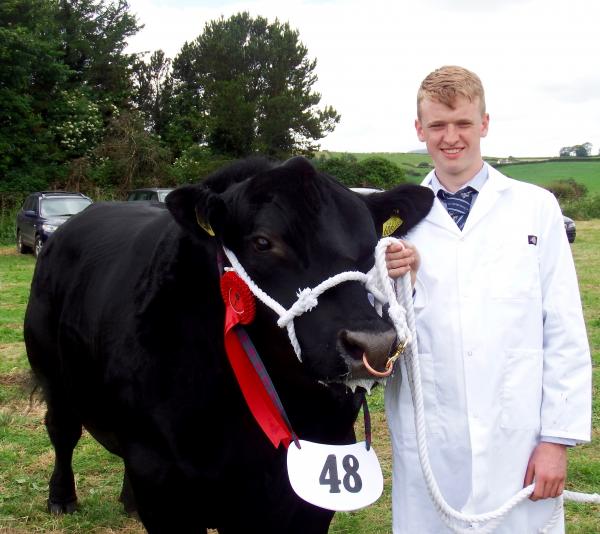 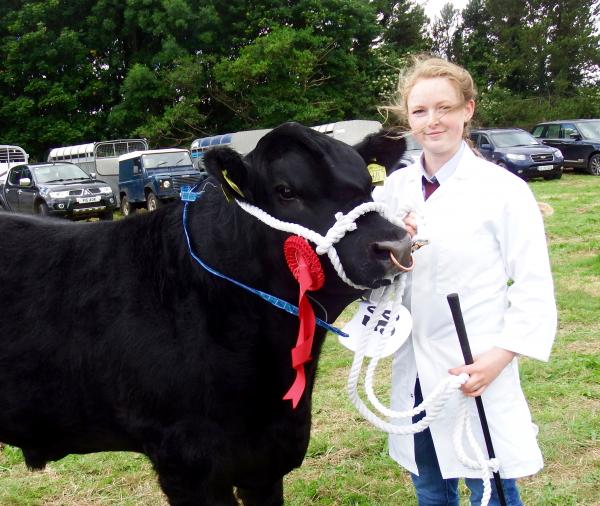 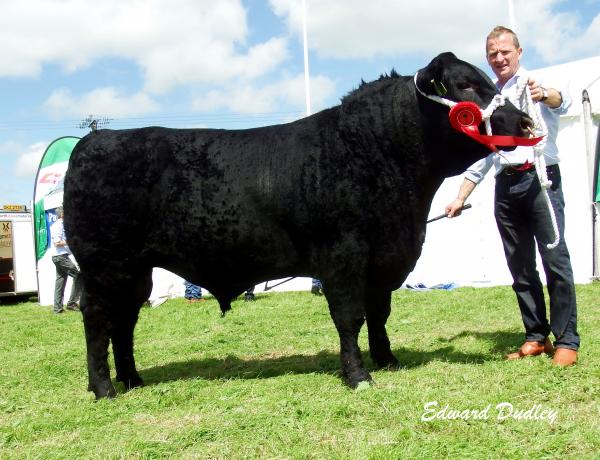 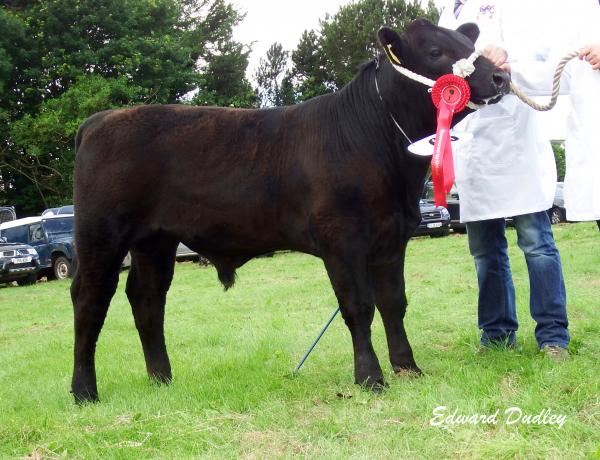 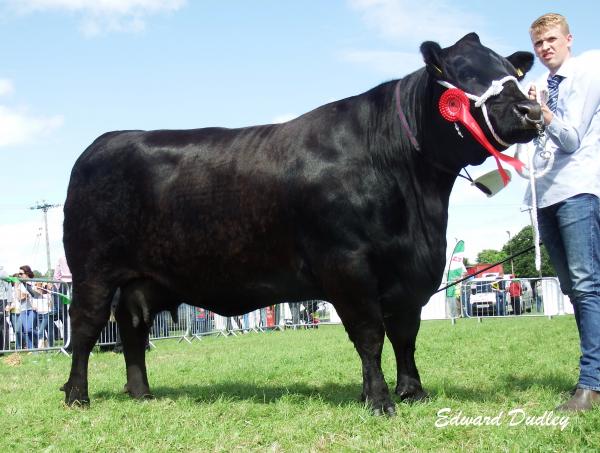 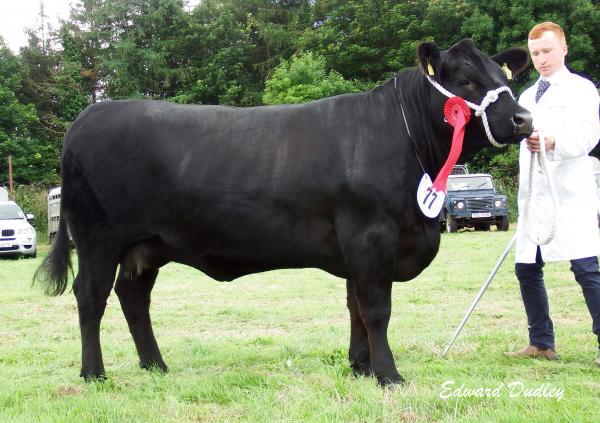 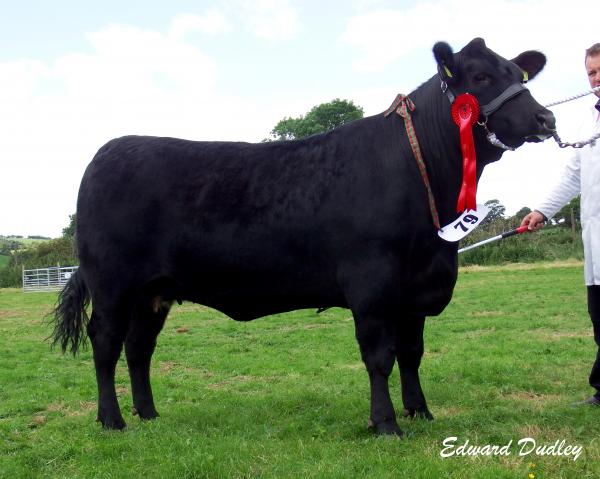 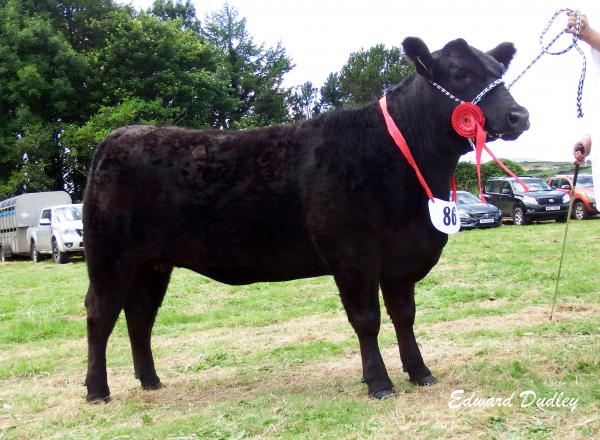 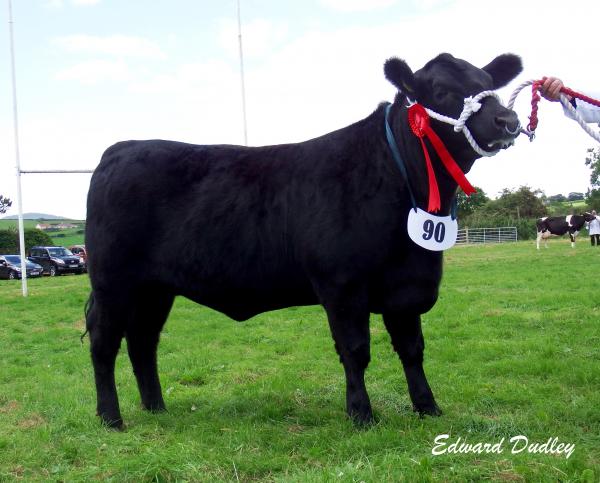 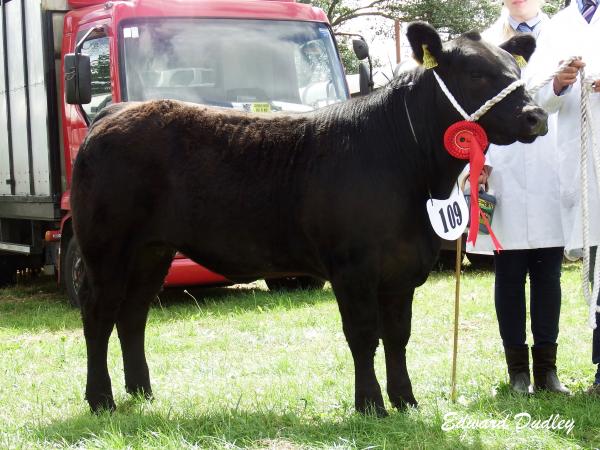 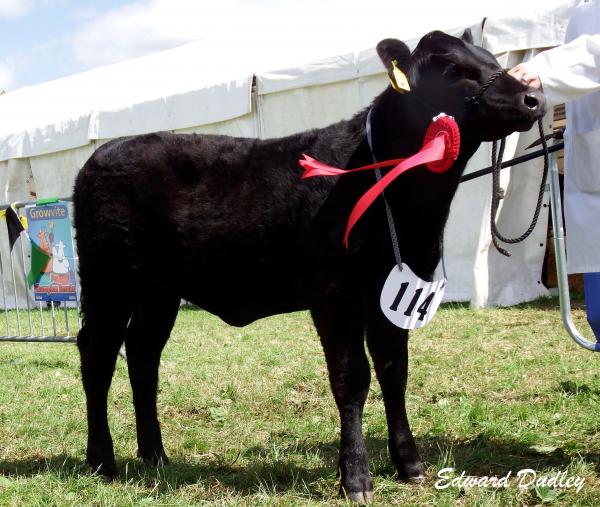 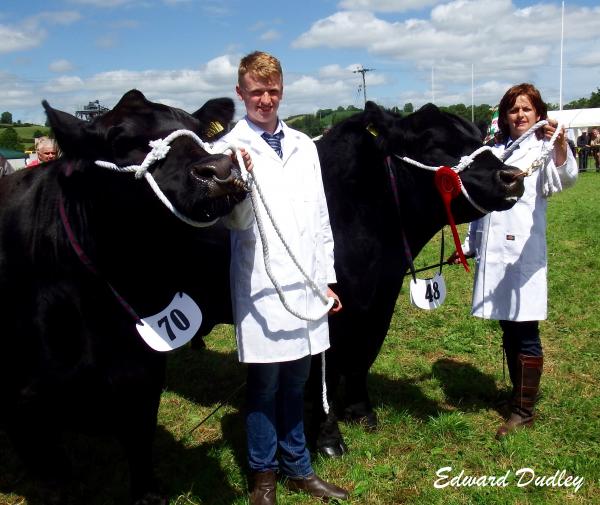 Some more general images from the Championships: 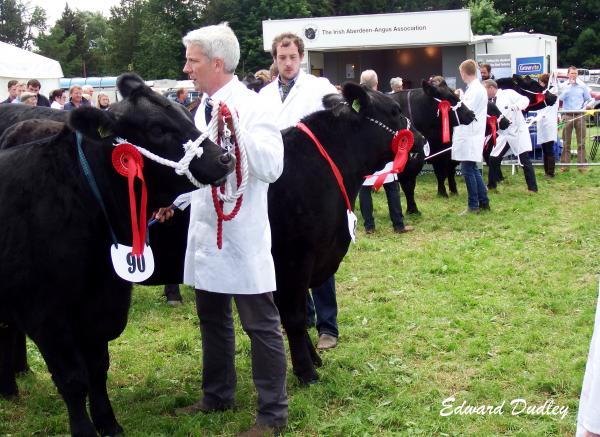 Image: Line-up in the senior championship 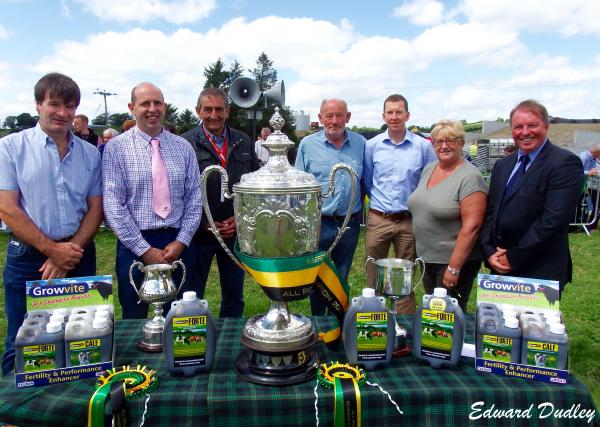 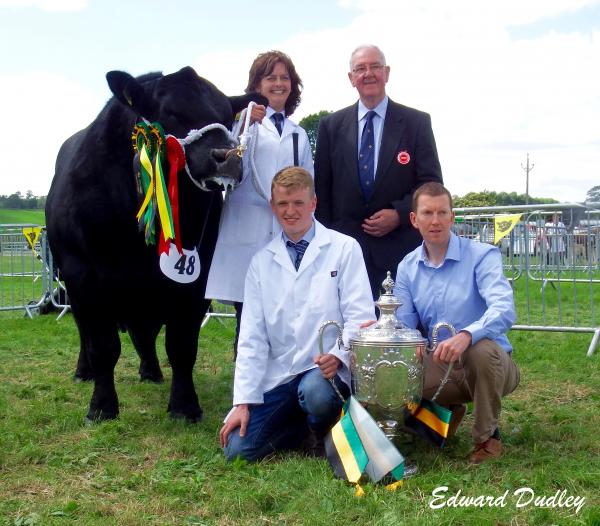 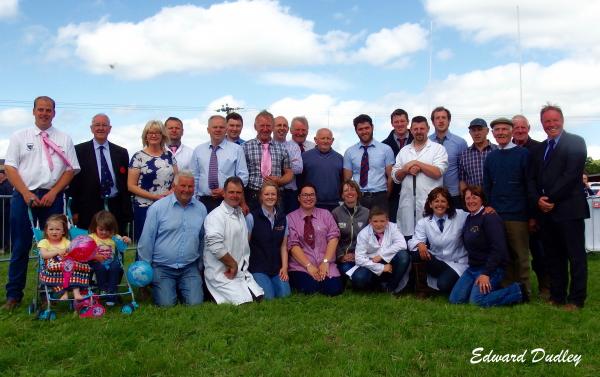