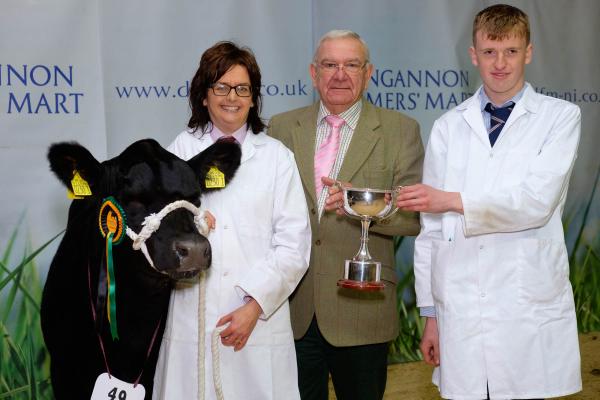 Presenting the prestigious JB Lamb Memorial Cup to the champion, David Lucas who recently dispersed his renowned Cheeklaw Herd said: “This is a lovely heifer, and a very worthy winner. She was one of nine entries in her class and has stood out all day. The champion is feminine and oozes breed character, and will mature into a super breeding female.”

Bred by Nigel, Gail, Sarah and Sam Matchett, this much-admired heifer calf was sired by Irish-bred stock bull Carrigroe Fred, and is out of Birches Lady Holly N391– a second prize winner at Balmoral Show, and reserve breed champion at Armagh Show.

Claiming the reserve overall championship was Denamona Prince Cartier T216, the senior bull calf class winner and bull calf champion, bred by Moses Irwin Jnr from Fintona. This January born calf was sired by Glassel Del L886, and is bred from Blelack Princess Caroline K501 – one of 60 cows in the herd which dates back to 1962. 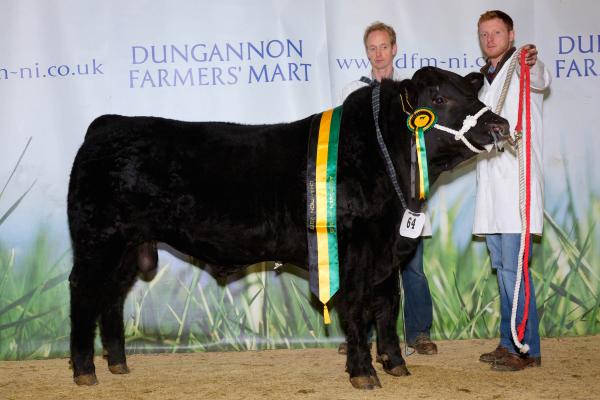 David Lucas added: “This is a masculine bull calf with a nice head. He has length, good conformation, and a great backend. It has been an excellent show and I have thoroughly enjoyed myself.” 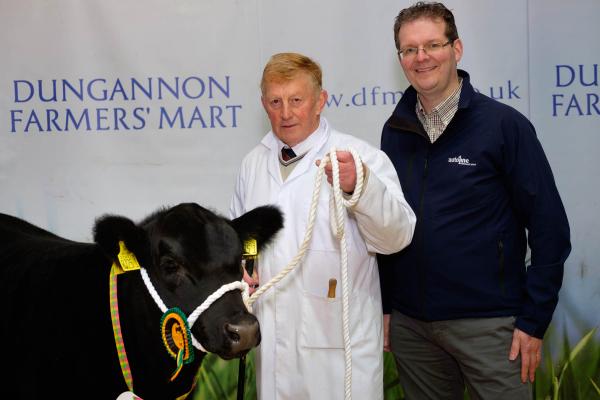 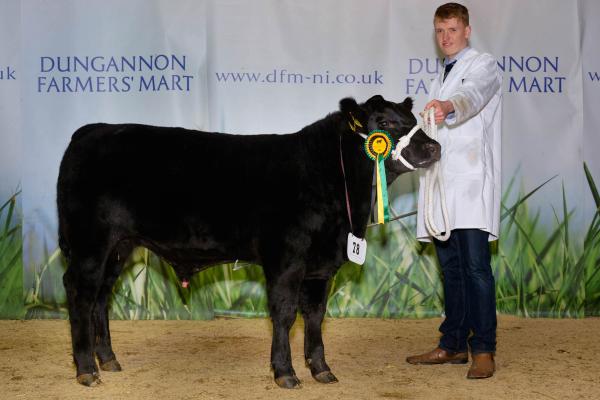 The March 2016 Isauld Blackbird S611 won the senior yearling heifer class and went on to secure the yearling championship for Samantha Allen and Allen Shortt who run the 7-cow Crew Herd at Strabane. Sired by Isauld Panzer N334, her dam is Blelack Blackbird J250. “We bought this heifer privately when she was just four-months of age,” said Allen Shortt. Claiming the reserve yearling championship was the second placed senior yearling heifer Knockoneill Eston Anne S002 exhibited by James Mallon, and son Joe, from Swatragh. This March 2016 Blelack Duke J262 daughter is bred from Friarstown Eston Anne J132 – one of five females in the herd founded in 2009. This smart heifer was breed champion at Ballymena Show, and won her class at the All-Ireland Championships at Newry Show in June. Club chairman Alan Cheney also thanked the Wylie Family for the use of their facilities at Dungannon Farmers’ Mart.