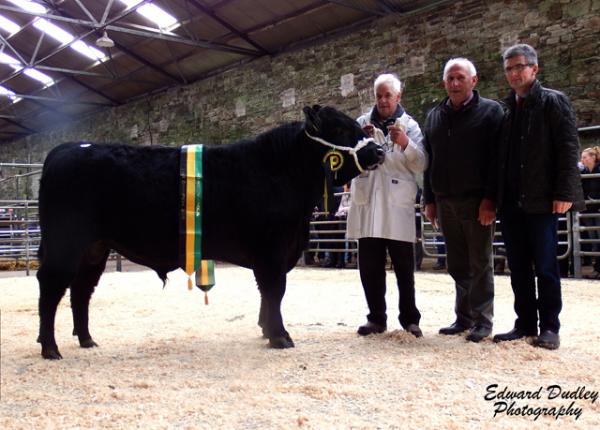 The annual high health status sale of Aberdeen Angus bulls took place at Bandon Mart, Co. Cork at the beginning of the month and was organised by the Munster Aberdeen-Angus Club in conjunction with Cork Marts. It has grown steadily in recent years and is now one of the premier sales for Aberdeen-Angus bulls in the region. The rigorous pre-sale health requirements attracted a lot of interest from buyers and there was a brisk trade for all bulls on the day.

The top price of €3700 went to the overall champion bull Mogeely Lord Hickery N262 from the renowned Mogeely herd of Albert and Jennifer DeCogan, Killamuckey, Castlemartyr, Co. Cork. This 18-month-old bull is by the popular AI bull Mogeely Joe. Lord Hickery N262 had previously won the senior bull class in the pre-sale show and judge Clive Jennings had no hesitation awarding him the overall supreme championship later in the day. 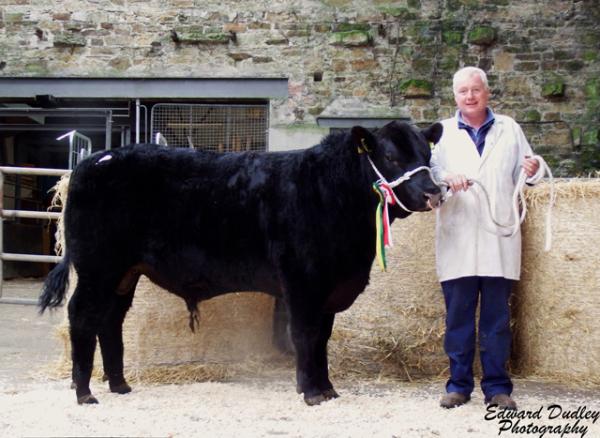 The pre-sale show reserve champion was the first prize winner from the junior class of bulls Westellen Mr Banks P761 from the herd of John and Kate Tait, Westwood, Rostellan, Midleton, Co. Cork. This powerful young bull is a full ET brother to Westellen Mr Bandit N755 who excelled on the show circuit last summer. Sadly this bull failed to meet his reserve in the show ring and was unsold on the day. 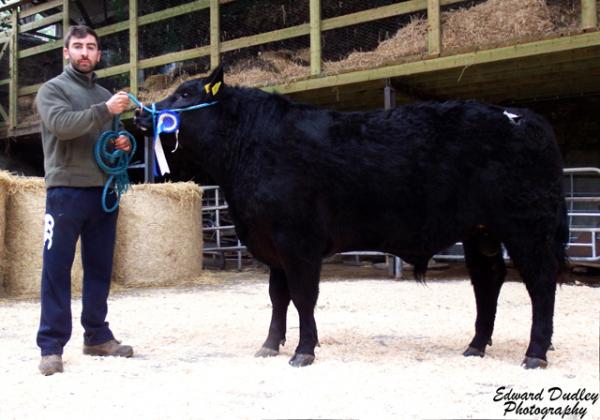 The joint second highest price was a call of €3000, the first of which was paid to Denis O’ Riordan, Inchisine, Toames, Macroom, Co. Cork for Inchisine Leader. This bull had previously been awarded second prize in the pre-sale show and attracted a flurry of bids in the sales ring before being knocked down at €3000. Mr. O’ Riordan sold a further three bulls at the sale including Inchisine Kool, a third prize winner on the day, who sold for €2850. 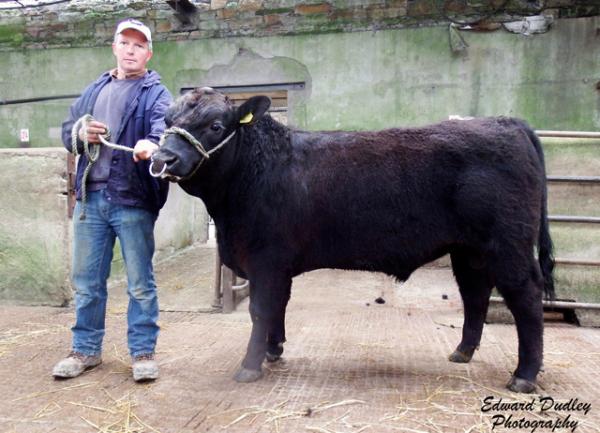