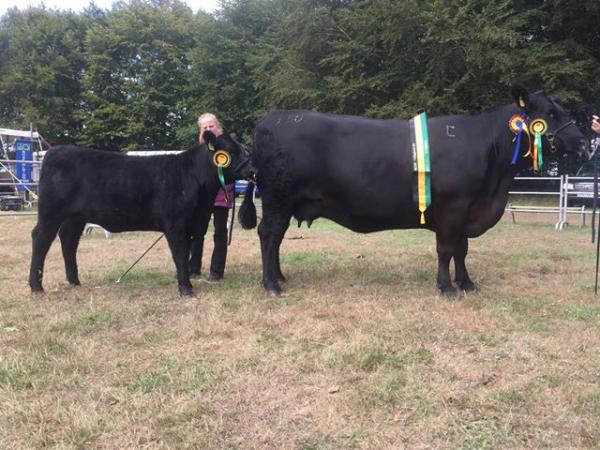 The Aylsham Show was held in Norfolk on Monday the 27th of August on bank holiday Monday, the judge for the show was Ashleigh Fenwick. Park Wall Aberdeen-Angus took Breed Champion at the show with their 8 year old cow Elliot Rosebud K150 with heifer calf at foot. Elliot Rosebud K150 is sired by Rawburn Enigma and out of Elliot Rosebud E020. Her March-born heifer, calf who won the calf class is sired by Oakchurch Duster. Taking Reserve Breed title was also the Park Wall herd with Park Wall Peter Pan T005, sired by Abberton Dazzle and out of Tree Bridge Polly Pride. Together they teamed up to win the breed and Interbreed Pairs with Elliot Rosebud K150, who also went on to win the Reserve Native and Reserve Interbreed titles. Reserve Female Champion went to Duncan Jearys cow Briston Eve, sired by Deveron Lionheart.

Shown below is image of Elliot Rosebud K150, with calf. 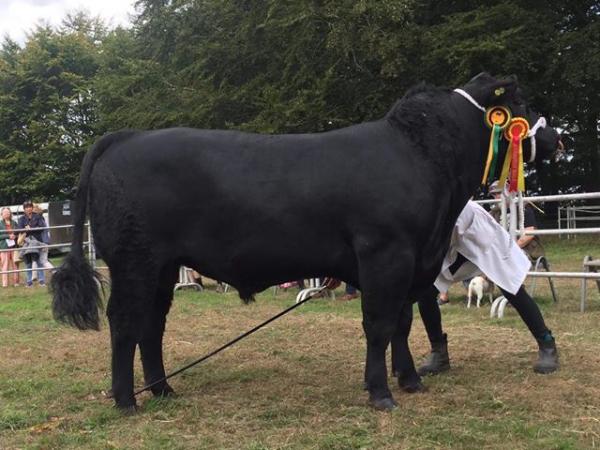