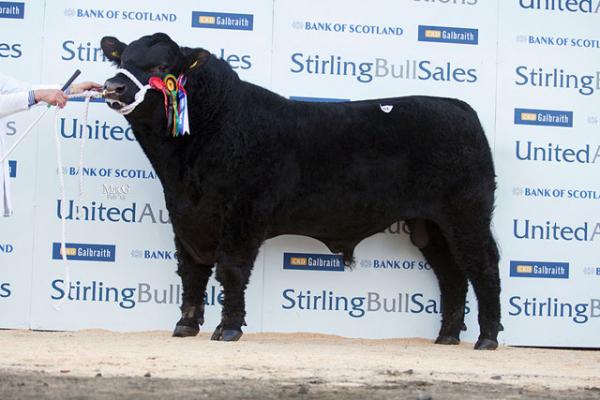 The first in the money this morning in Stirling was Alison Cuthbertson with JAC Figure Eight N008 (lot 134), an HF El Tigre 28U son out of the Netherton Big Edition H460 daughter Netherton Fleur K566. This one was a class WINNERat the Highland and carries a SRI of +49 and sold for 5000gns.

Again at that money was Rae Grive’s fourth prize bull Carlhurlie Eyeful N933 (lot 144) who found a new home at 5000gns with Terry Coghill. By Skaill Dido K309, he’s out of a Blelack Blackstock C737 daughter.

Sale leader so far has come from John and Marion Tilson and Wanda Hobbs with the second prize Wedderlie Ebrilliant N772 (lot 146). By Wedderlie Kansas F174, he’s out of an Abberton Marshall Beau D084 daughter and is half brother to the 17,000gns Ebsolution. 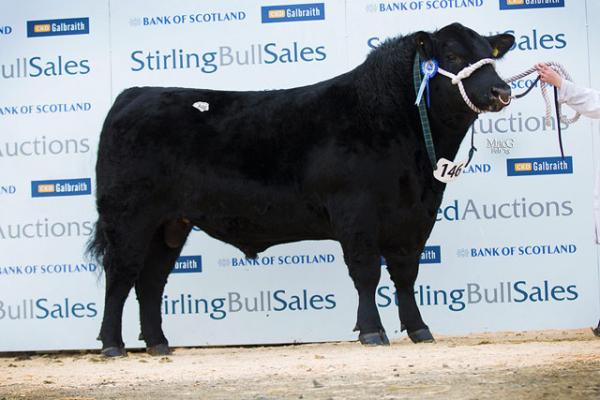 Straight after at 6800gns was Liam Muir buying the reserve senior champion Idvies Fusilier N594 (lot 148) from the Fraser family. By the senior stock bull Shadwell Black Broughton K485, he’s out of the Flora line and has a milk index of +15 and a SRI of +48. 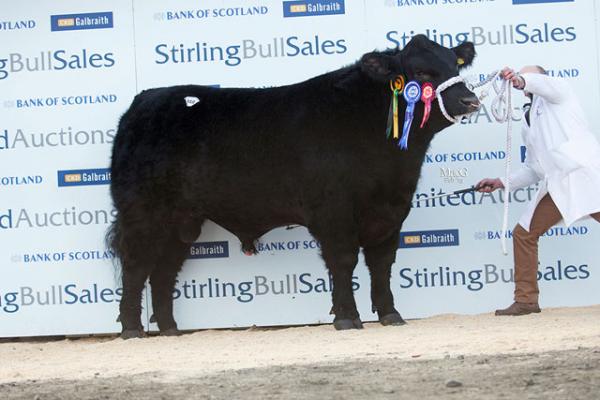 Then at 5200gns was Sandy Norrie with Wrae Proud Illinois N231 (lot 160). By the 7000gns Borwell Eastern Flame J389, he’s out of the Carlhurlie Great Start C353 daughter Wrae Proud Iona G110. Then next up was the first prize Wedderlie Fantastic N820 (lot 163), again from the Tilson family. By Wedderlie Kansas F174, he’s out of a TC Stockman daughter and sold for 6500gns to Andrew Mylius for his St Fort herd.

At 4000gns was the Thrustees from the late Gordon Brooke with Linton Gilbertines Mr Prince N706 (lot 166). By Peter Pershore, he’s out of a Rawburn Randolph F555 daughter and carries a milk figure of +24 and a SRI of +63.

Then at 4800gns was David Lucas with Cheeklaw Elstar N453 (lot 168). This Haymount Wavestar K986 son is out of a homebred Bunlahy Bilty G202 daughter.