Aberdeen-Angus stores in demand in Oxfordshire 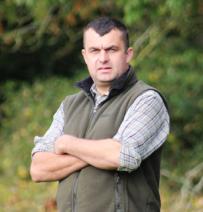 Just eight years in to a new tenanted arable and livestock holding, Tom Burden is fast establishing a successful suckler herd based largely on Aberdeen-Angus genetics, with a view to selling store cattle locally.

“I used to work full time on a nearby farm, but the chance came up for a tenancy and I grabbed it having always wanted to farm under my own steam,” explains Tom, who farms at Sarsdens Lodge Farm, Chipping Norton and contract farms a neighbouring holding as well. “The herd has been built from scratch from the purchase of six native cross dairy bred calves, as well as the purchase of native cross dairy cows and calves at local markets, resulting in a suckler herd of Aberdeen-Angus cross, Hereford cross and Simmental cross cows.”

But it was a chance encounter that saw Tom use a pedigree Aberdeen-Angus bull in that having previously hired a bull, he was in a position where he was needing his own bull, so purchased a proven older bull of Aynho bloodlines. “I hadn’t exactly had calving difficulties before, but this bull was perfect and produced great calves, the females of which were retained to build numbers in the herd. Even better, he finished working at the grand old age of 14 years and still commanded a strong cull price.” 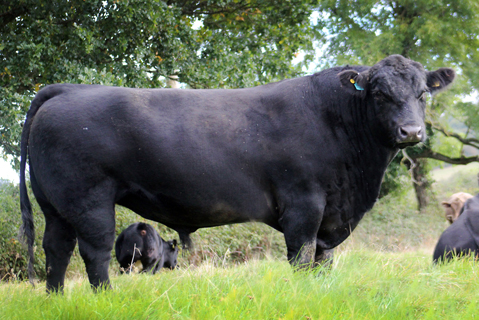 Running 35 cows currently with immanent plans to build to a 50-cow herd, the current stock sire was purchased from nearby Daylesford Organics in the form of Daylesford Jester M408. “He’s just what I need for the herd, long, clean, balanced with a neat shoulder for easy calving on both heifers and cows,” says Tom.

“The Aberdeen-Angus has fitted in well to this system, the best of my original females are Angus crosses and the cows look after themselves well through the winter. Calves have great vigour and perform well on grass and silage alone, however, I am thinking of introducing a little creep towards the back end of the summer to help the cows slightly as they work hard for their calves.” 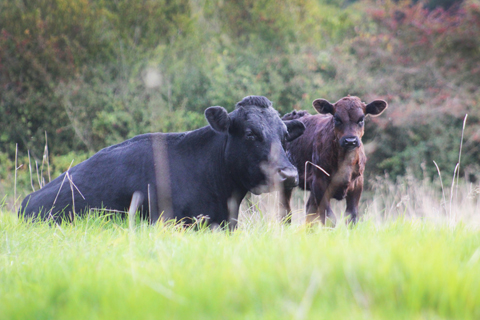 Cows calve inside during February and March with heifers calving at two and a half years of age. “I’d like to calve them earlier, but being as they’re largely dairy-bred females the growth rate isn’t as well on as I’d prefer.” Once calved, cows and calves are turned out in mid April on organic rented grazing. “My grazing rights on the organic ground allow me to graze for 120 days, therefore, freeing up a good sward for when they have to come off the organic ground.” Cattle are then housed and fed grass silage and adlib barley straw, as well as a maintenance lick, with cows being managed in a similar way. “Costs are kept to a minimum throughout and, with the exception of a contract forager, I do everything myself,” adds Tom. 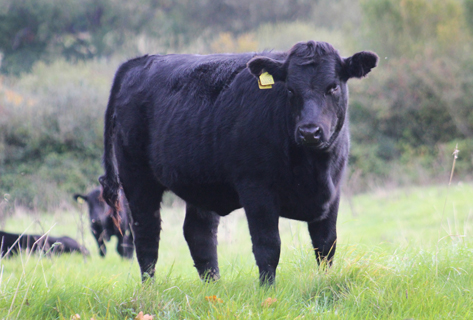 Calves are weaned in November and they remain on grass silage and straw with no added concentrate. They’re turned out for their second grazing the following April with the first batch of stores going to Thame Livestock Market at the end of September on their main Aberdeen-Angus day. “I’ve previously sold at Cirencester and Ross, but I was impressed that the auctioneer at Thame came out to the farm and encouraged me to sell there. Of the last batch we sold, steers topped at £1100 at 16 months old and heifers at £1060. Demand was strong for forward Aberdeen-Angus stores and buyers were keen for the well grown cattle. The sharper dairy bred cattle were harder to shift, but those with tops and length were selling well.”