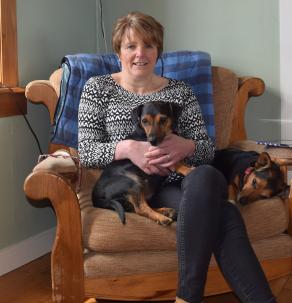 A charity auction will take place on Sunday the 16th October at 5pm at United Auctions, Stirling, in conjunction with the autumn show and sale of Aberdeen-Angus bulls and females, on behalf of the Doreen Cormack Stem Cell Fund.

The auction will be raising valuable funds towards Doreen’s trip to Mexico on 27th February next year for Stem Cell Transplant work, in her battle with MS.

In conjunction with the charity auction and in light of Doreen and her husband Alistair’s deep involvement with the breed, the Aberdeen-Angus Cattle Society will be offering two Edinburgh packages for the World Angus Forum, which takes place next summer. These packages include visits to the Fordel and Mosshall herds, an official welcome reception, tickets to the Royal Highland Show, a visit to the Easter Howgate Feed Efficiency Research Centre, a reception at Murrayfield rugby stadium and tickets to the Gala Dinner. This main event centres around the two-day technical forum and conference on the theme of “From Conception to Consumption.’

Aberdeen-Angus breeder and past president of the Aberdeen-Angus Cattle Society Colin Davidson of the Skaill herd in Orkeny will also be donating an in calf cow with calf at foot to the sale to he charity auction.

Doreen and her husband Alistair recently travelled to Orkney where their pick of the herd was Skaill Tibbie N812, a three-year old cow with her second calf at foot, Skaill Tibbie S545. The calf, born in June this year, is by the privately purchased Rawburn Jackson Eric P967. In Colin’s own words, “Jackson is a bull with looks and exceptional performance” and boasts a terminal index of +57 and a self replacing index of +73.

Tibbie’s first calf, Skaill Thor R197, is a top bull from the 2015 calf crop and was shown in the summer and won the Aberdeen-Angus male champion at the Orkney Show. He is destined for Stirling in February 2017.

Meanwhile, the dam of Tibbie N812, Skaill Tibbie J026, bred the best bull in the herd last year, Skaill Tebbit P989, which sold to M Thompson, Dornoch. “Both mother J026 and daughter have shown exceptional consistency with Tibbie N812 proving to be a consistent breeding cow. Along with her heifer calf they make a fantastic foundation pair for any herd,” adds Colin. Tibbie N812 will be offered for sale having been AI’d on the 23rd August and scanned in calf to Millah Murrah Kingdom K35, the $150,000 Australian record priced bull sold last September, meaning this will likely be the first calf born in the UK of this breeding. 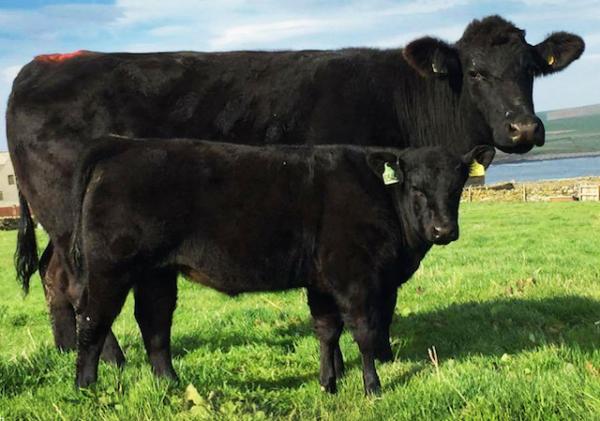 Scottish Borders-based breeders John and Marion Tilson and daughter Wanda Hobbs will also be contributing the generous prize with the lucky bidder winning the choice of an in-calf heifer from the renowned Wedderlie herd. The fortunate bidder’s prize will also include a farm tour and lunch with the family.

A full listing of donations for the auction will be released in due course and will also include semen and embryo donations, as well as prize trips and visitor , but more information can be obtained from Janette Ogle (jan8ogle@aol.com) or Pat Blair (blairlittleinch@btinternet.com). Anyone wishing to support the fund can do so by visiting Doreen’s www.gofundme.com page and searching ‘Jamie Cormack.’