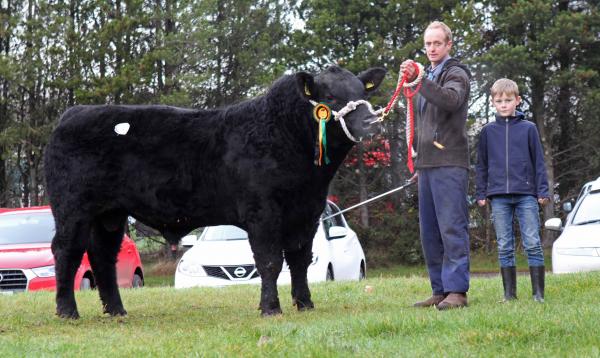 Priced peaked at 3,300gns twice, with auctioneer Trevor Wylie confirming that 17 lots were traded in a 73% clearance to average £2,588 per head.

Born in April 2017, Denamona Jetstream T393 is by the Wedderlie Kansas F174 son Glassel Del L886, and is out of a home-bred dam by Blelack Prince Camelot K500. Placed second in his class, he sold to Nigel Rainey, and son Samuel, who run a herd of 100 suckler cows near Portadown, County Armagh.

The third placed Coolermoney Samson T725 TSI+30 SRI+38 was also born in April 2017. He is by The Moss Quebec son Cloghogmill Eric R233, and is out of The Moss Saville L073. This one chalked up numerous red rosettes during the show season, and was male champion at Balmoral, supreme breed champion at Armagh, reserve champion at Clogher, and reserve yearling champion at the NI Club’s recent calf show. Buyer was pedigree breeder Kevin Moores, owner of The Moss Herd based at Formby near Liverpool. 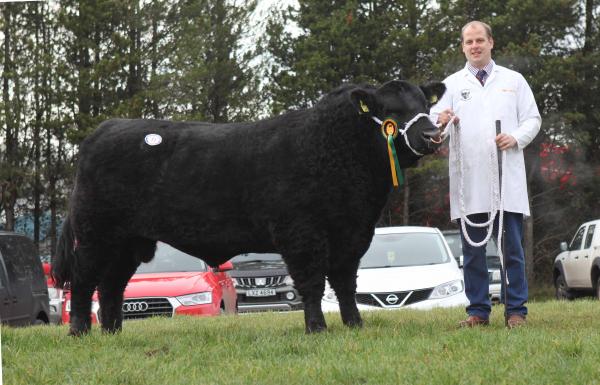 A fourth prize winner from the same class, Richhill Black Bungle T641 TSI+41 and SRI+51, attracted a bid of 3,200gns for Robin Lamb from Richhill. This twenty-month-old entry was sired by Lockerley Legolas G850, and is out of a home-bred dam by Netherton Archie J501. In the breed’s top 25% for milk +14 and eye muscle area +4.4, he was snapped up by Messrs AF and JM Dickson, Crossgar. 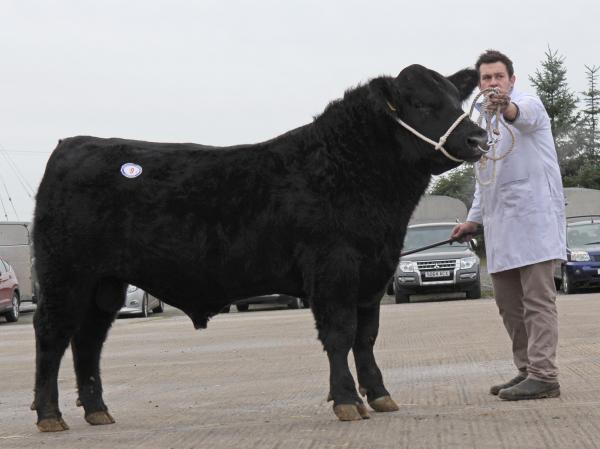 The pre-sale show was judged by John Blackburn from the noted Killaney Herd based at Clogher.

He awarded the day’s male and supreme championship plaudits to Glen Cowie Jack S155, bred by Iain Colville from Crawfordsburn. Born in December 2016, this one is by the Blelack Black Consort A286 son Drumhill Jay Eric M607, and is bred from the Rawburn Rochester E424 daughter Eastfield Jen L272 – one of 22 cows in the herd. The champion sold for 3,000gns to James Donaldson from Killylea, County Armagh. 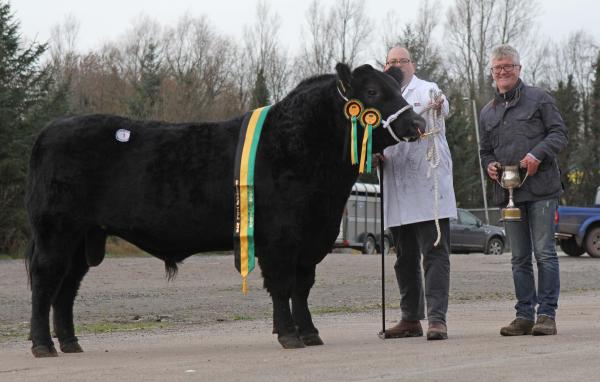 Next best at 2,800gns was the first placed Ashvale Lord Jasper T285 consigned by Richard and Fiona McKeown, Templepatrick. This July 2017 entry was sired by Netherton Mr Brazilian E377, and is out of a home-bred dam by Belvin Patriarch 504. Buyer was John McAleer from Omagh.

Claiming the female championship was the fourteen-month-old Tullybryan Lady Jalapeno T002 bred by Fiona Troughton from Ballygawley. Sired by the home-bred Tullybryan Black Brandy R755, she is bred from the Wedderlie Net Profit E916 daughter Coltrim Lady Jessie K553 – one of six cows in the herd. The female champion failed to meet her reserved and returned home unsold. 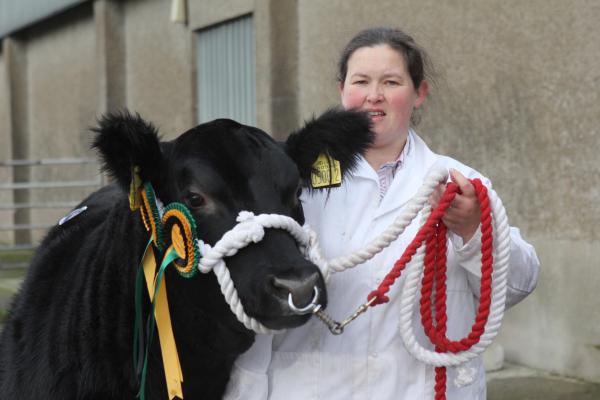 Results from the showring include: 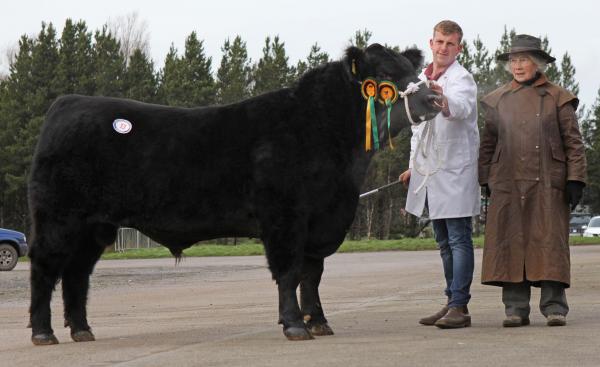