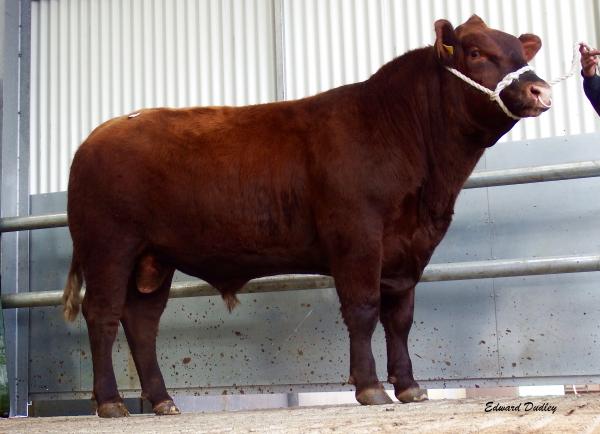 About 60% of the bulls sold on the day, (down considerably from last year’s 96% clearance) at an average price of €3200, which would be one of the highest sale averages recorded at an Aberdeen-Angus event in the Republic of Ireland to date in 2018.

Following on from the trend set at last year’s sale, the sale leader was once again a red Aberdeen-Angus bull, this time in the shape of Lisduff Red Kevin S466 who sold for €4500. A double five star index bull on terminal and replacement traits, this one boasted a replacement breeding index of €159 along with a calving ease figure of just 1.7%. This bull was born in August 2016 and sired by the herd stock bull, Lanigan Red Krackerjack and is out of Gannon Red Kind Princess M455 who was imported from Scotland some years ago.

Another red bull, Lisduff Red Pat S470 sold for the joint second highest price of €4000. A full brother to last year’s sale topper, Lisduff Red Pepper R368 who went on to sell to the Dovea Genetics AI stud, this bull was born in September 2016 and is also by the aforementioned Lanigan Red Krackerjack. This one also carried a five star index for both replacement and terminal index values and ensured that the top two prices went to red bulls for the second year running.

The first of the black Aberdeen-Angus bulls to sell yesterday, Lisduff Dovey S463 also made €4000. Another August 2016 born bull, this one is sired by Goulding Jim Dandy, the former Reserve Junior All-Ireland Aberdeen-Angus Champion and is out of Lisduff Dovey L985, a Haymount Wessuro B198 daughter.

Also trading at €4000 was one of the youngest bulls in the entire sale, the 13 month old, Lisduff Big Boy T493. This 5 star terminal index bull, is a son of Mogeely Josh M206 who is sired by Wedderlie Blackbox J935, the 2016 All-Ireland Aberdeen-Angus Champion. On the dam’s side, he is out of Cashelane Babette H714 who is a daughter of the Scottish bull, Balmachie Rannai D005.

The popularity of the red bulls was evident throughout the sale, with two more red bulls, Lisduff Red Lancer S429 & Lisduff Red Bomber S433 securing the next best prices of the day, selling for €3300 and €3250 respectively. Both bulls were born in May 2016 and were approaching two years of age and both carried a five star terminal breeding index.

Finally, another two red bulls, the 23 month old twins Lisduff Red Larry S424 and Lisduff Red Luke S425 sold for €3200 each. Both bulls sold with a five star terminal and replacement index and were out of the imported cow, Craigbeck Red Lucky G419.

Overall, customers were not quite as plentiful as in previous years with the small offering of red bulls attracting the most significant interest. For more video highlights and behind the scenes action from the Lisduff Production Sale, make sure to visit the Society Facebook page at www.facebook.com/IrishAberdeenAngus The red Aberdeen-Angus bulls proved to be most popular on the day, with six of the best eight prices coming from red entries. 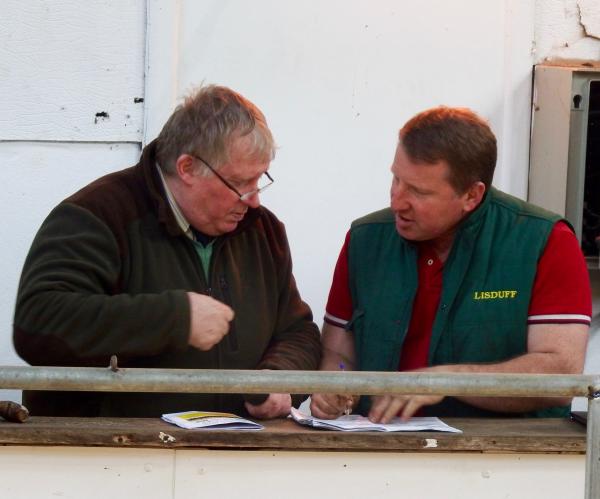