Top price of €4000 at Carrick-on-Shannon 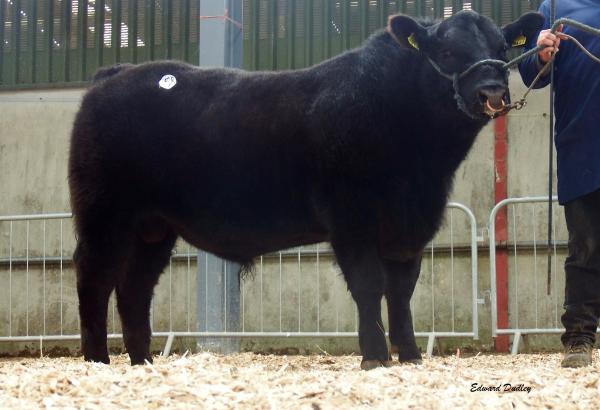 The annual April spring sale at Carrick-On-Shannon saw well over 100 Aberdeen-Angus cattle (between bulls and heifers) catalogued for sale, with a strong entry in the male section particularly.

Judge Angela Armstrong, formerly of the Crerogue Aberdeen-Angus herd, which was dispersed a few years ago, awarded the supreme breed championship to Patrick Murphy, Puntabeg, Charlestown, Claremorris, Co. Mayo with Lecarrow Peter. This bull failed to meet his reserve and was unsold in the sales ring. However, the Lecarrow herd did manage to secure the second highest price in the male section, selling Lecarrow Norman for €3500. 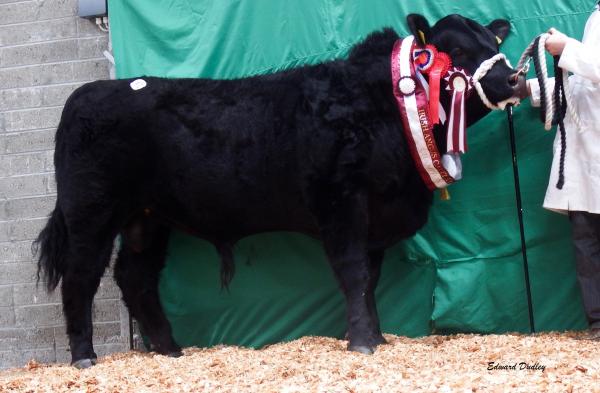 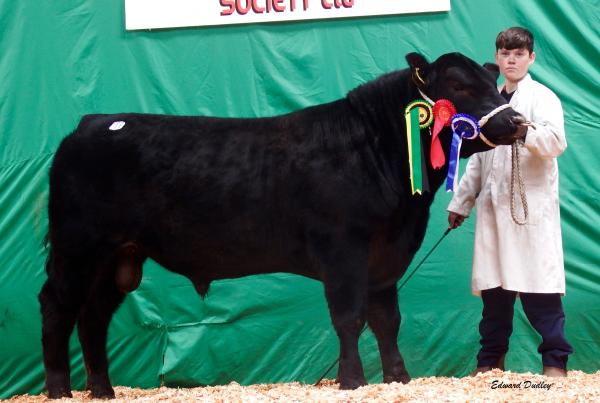 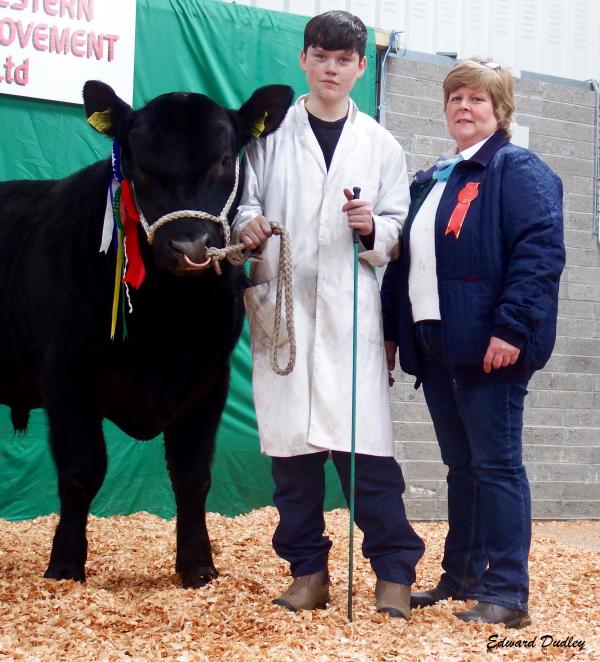 Judge Angela Armstrong with a representative of Tom Reynolds who exhibited the reserve supreme champion.

Aside from a busy day’s activities in the sales ring, a little piece of history was also made at Carrick-On-Shannon over the weekend with Angela Armstrong, Gibbstown, Navan, Co. Meath becoming the first female judge to ever officiate at a pedigree bull and heifer sale at the venue. The April sale has long been established as one of the most prestigious and renowned events of the spring calendar in the region and Angela described her selection as master judge as a “total honour and a massive privilege” before going on to thank the Midland & Western Livestock Improvement Society for the opportunity to adjudicate over such top quality cattle. 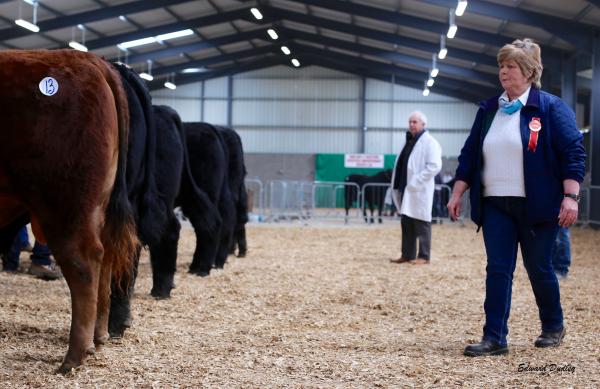 The next sale of pedigree Aberdeen-Angus bulls and heifers at Carrick-On-Shannon mart takes place on Saturday, May 19th.