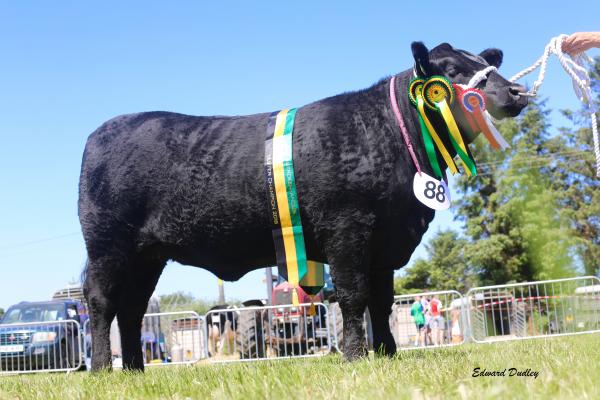 “My supreme champion has everything going for her; a superb topline, great head, square throughout the body and excellent movement. She is the type of heifer that well mature into an excellent female and I’m sure we will see lots more of her in the future” commented show judge, Mr. Louis Byrne. 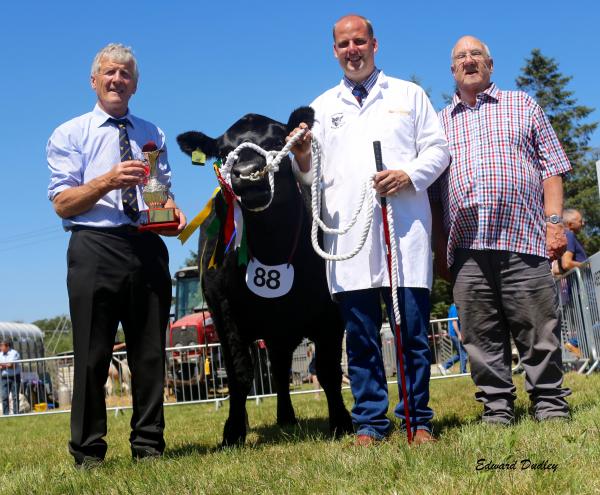 It was the second time in three years that the Coolermoney Aberdeen-Angus herd have successfully claimed the annual trophy and it also marked the latest victory in an ever-growing list of show successes for the winning heifer who had also taken the overall junior championship at the Royal Ulster Spring Show in Balmoral just a few months ago. This one was also the breed champion at Ballymoney and Ballymena summer shows and is sired by the AI bull Hallington Edition M362. The Parke Family also won the best pair of Aberdeen-Angus cattle with the duo of the day’s champion Coolermoney Frances T703 and the yearling bull, Coolermoney Samson T725.

The Matchett Family of 43 Cloncarrish Road, Birches, Portadown, Co. Armagh secured the reserve supreme Aberdeen-Angus championship and the runner-up position for the Ulster Provincial Trophy with their senior stock bull, Cheeklaw Emlyn P480. This 4 year old bull was making his first appearance on the summer show circuit for 2018 and was coming off a tremendous 2017 season which saw him lift the All-Ireland Aberdeen-Angus Championship, the RDS Champion of Champions Award and the Best Stock Bull in Ulster prize. Imported from Scotland a couple of years ago, this one is sired by Cardona Proud Punch L752 and is out of Cheeklaw Emily K381. 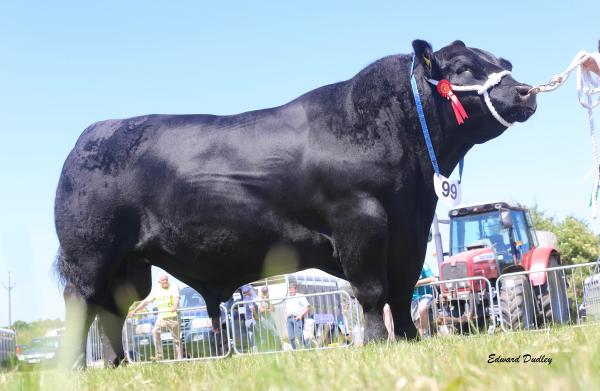 Taking the reserve runner-up spot for the Ulster Provincial Trophy were Hylda Mills and B. Johnston, Glenvale, 15 Fir Tree Lane, Scarva, Craigavon, Co. Armagh with the senior cow, Dartrey Very Cool N112. This 5 year old cow was the winner of the cow class and was shown with a Spring born heifer calf at foot. A daughter of Logie Lustre F473, this one is out of Dartrey Vivre F342 and combined with herdmate Dartrey Viscount Cid to take the reserve best Aberdeen-Angus pair prize. 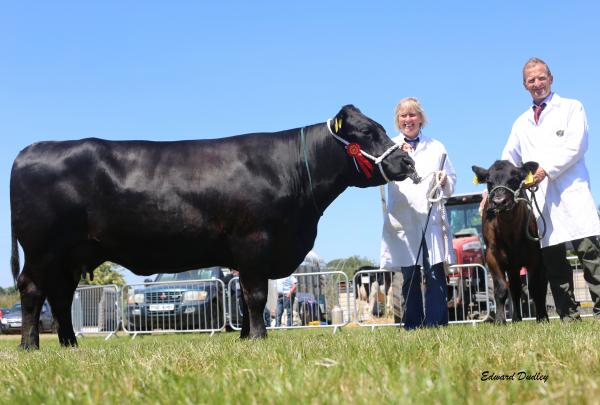 Speaking after the conclusion of the judging, judge Mr. Byrne thanked the Northern Ireland Aberdeen-Angus Club for inviting him to adjudicate over the day’s proceedings and congratulated all of the winners for turning out such tremendous quality of cattle.