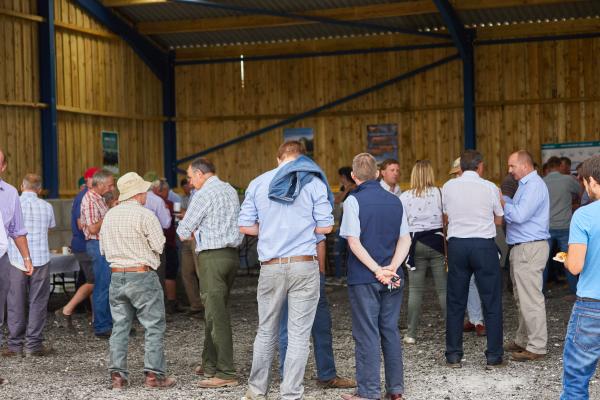 The 4th of July 2018 was both Independence Day on the other side of the Atlantic and the day that we held our Open Day at Longford Farms in Salisbury, Wiltshire, which was attended by some 150 interested members and commercial cattle producers and pedigree breeders who came from the length and breadth of the country to be able to see the breed’s capabilities first hand through the excellent commercial operation on display at Longford.

This particular Open Day was an important event for us all at the Society as it represented a reintroduction to the calendar after an absence for a year or two, and was certainly well-supported with the positive feedback received about the day reinforcing the Society’s resolve to continue to organise further events along the same lines.

Society President Angela McGregor opened the proceedings with a welcome to all attendees and introductions of the appropriate people and speakers. An outline of what the day’s content would include followed, where the opportunity to learn a bit more about the Aberdeen-Angus breed and the industry in general, plus the chance to see the cattle on show at the successful Longford operation, created great interaction and feedback.

The attendees were welcomed to the day by Lord Radnor, the owner of the Estate who gave us an overview of the farming activities at Longford Farms over the 5000 plus acres that they hold in rural Wiltshire. The estate is split between tenanted farms and then the Estate’s own enterprise in cereals, dairy and cattle as a joint venture with a tenant farmer running an 800-cow dairy herd and the beef enterprise. We are very grateful to Lord Radnor for taking the time to speak and giving his assent to hold the event at Yew Tree Farm – all at the Society are very grateful.

Angela McGregor offered thanks to Lord Radnor for his input and gave the attendees an overview of the history of the Aberdeen-Angus breed before introducing the next speaker, Paul Jeenes, Senior Vice President of the Aberdeen-Angus Cattle Society and also Director of Farmmark, who’s business revolves around buying calves and organising huge amounts of cattle annually to be sold direct to abattoirs throughout the country. Paul works closely with Longford Farms and is instrumental in making sure that the investment and faith they have put into using Aberdeen-Angus in the beef enterprise is rewarded appropriately.

Paul gave the attendees a round-up of where the breed was and where it has come to today with a series of numbers on the increases year on year of Aberdeen-Angus cattle registrations with forecast numbers in 2020 heading towards 450,000 annual registrations. We are and will be hunting down the number one spot in the race to be the top beef breed. We need more cattle and that was the message from Paul, consumers and retailers are recognising the brand and its badge of quality. The sire verification programme is a very important step forward to protect our brand and maintain the premium over “standard” beef that we enjoy. The cattle are in demand and the lighter weights that the Aberdeen-Angus deliver in terms of a finished carcasses weight is more than made up for in premium, resulting in an equivalent heavier carcass that has cost a great deal more to produce.

The processors, due to consumer demand, look for a smaller carcass and the Aberdeen-Angus sired cattle deliver exactly what is required, with the bonus that it also delivers exceptional quality.

Next speaker was the NFU president Minette Batters, who took the stage and the microphone and delivered a fantastic message about the way forward after Brexit. Minette, a tenant at Longford Farms (who made her apologies as a Hereford breeder at the outset!) delivered a highly interesting and insightful presentation straight from the hip.

She informed the attendees about all the strategies that the NFU were engaged in with Government and the various agricultural bodies to protect the agricultural and rural economies post Brexit. The message was clear, that everything that can be done is being done to ensure that British agriculture will be sustainable after we leave the EU. We as beef farmers can’t sit back, we must look at our operations, look at how efficiently we do things, look at growth rates and feed conversions to ensure that we ca be profitable and that everything can stand alone as a business without any support. Look at where the poultry, dairy and pig industries have got to in efficiency of production. Don’t reinvent the wheel, learn from the progress other sectors have made and avoid the costs of making mistakes while learning lessons that others have already learned. A very impressive presentation that was greeted with enthusiastic appreciation and the overall view that the NFU and British Agriculture was in very safe hands with Minette fighting its corner for the best deal.

The next speaker up was the Longford Farm and local veterinary surgeon Keith Cutler from Endell Vet Group, who delivered a presentation on all the different challenges faced by the cattle industry in his area, with some welcome advice as to how to deal with different diseases such as TB, BVD, IBR etc. Each one was presented as a separate entity and was broken down to basics and built back up again, with sound advice on how to prevent in the first place, but if disaster does strike, the best way to deal with each. Although many of the attendees were aware, it was reinforced that herd health is of paramount importance to productivity and ultimately profitability. All precautions when buying in stock must be observed and herd heath of any purchases must be researched thoroughly before making any purchases. Take necessary prevention to minimise all possible sources of disease from entering the herd and deal with any possible infections without delay.

A question and answer session followed which, going on the questions asked, showed the interest stimulated by the speakers and content provided.

The farm tour busses were then open for business with four tractors and various forms of trailer taking the attendees on a visit to the cattle which were all out at pasture. For the whole country rain was really becoming a necessity, with all permanent pastures and leys seen to be being challenged. However, the cattle all looked in very good condition and the calves at foot were good and strong, reinforcing that even through challenging times the Aberdeen-Angus can thrive and be very productive on very little.

Barbara Webster was in attendance to discuss Breedplan and the programme, ably explaining the advantages of the EBV system as a tool for sire and dam selection. There was also a cattle scanning demonstration from Linda McKendrick prior to the stock judging which featured some interesting results when science met stockman’s eye in a head to head! With some 45 entrants to the stock judging competition, the overall and deserved winner was John Blackburn, who had a great score all round!

We are eternally grateful to Robert Huxley who looks after the beef enterprise at Longford Farms for the effort that he and the team put into organising the event and putting all the infrastructure in place. This ensured that all attendees had the opportunity to visit and view the cattle via tractor, trailers and various borrowed beaters trailers. The vast majority of all who attended took the tour where Robert explained the cattle in various stages and groups, the breeding policy and the way that they choose the bulls.

Thanks also to the President Angela McGregor and Society Council members who attended to lend a hand with the day, Terry Ives, John James, Andrew Shufflebotham, Oliver Edwards and Gayle Bersey, all of whom had a hand in what has been deemed a highly successful and repeatable event. Preparations have already started for at least one for next year and we will keep everyone updated with plenty of notice to help everyone to make plans to attend in 2019. Here is a selection of some of the great photographs that the guys at Longford kindly shared with us after the event: 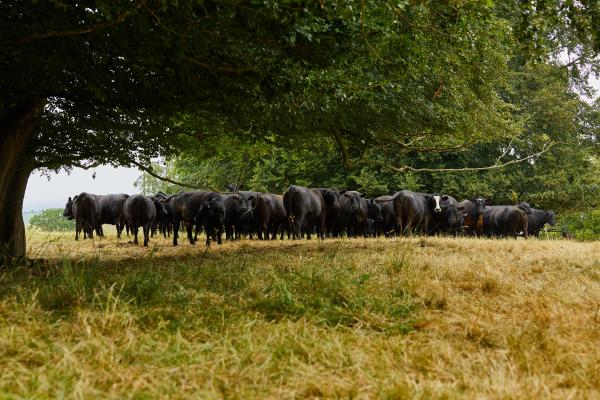 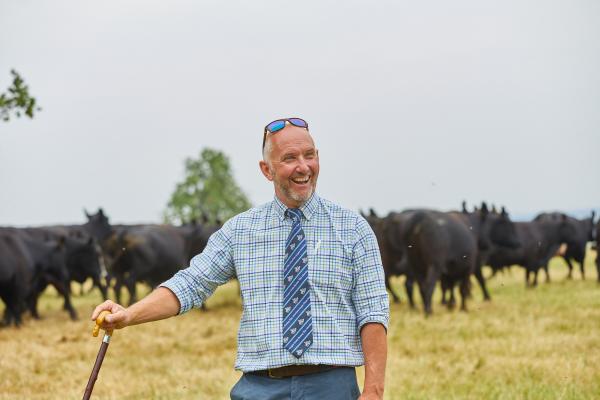 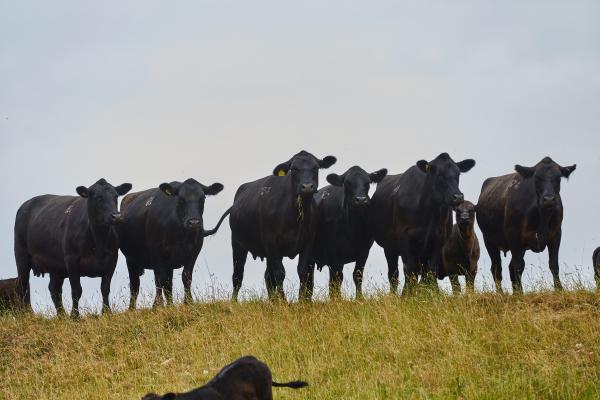 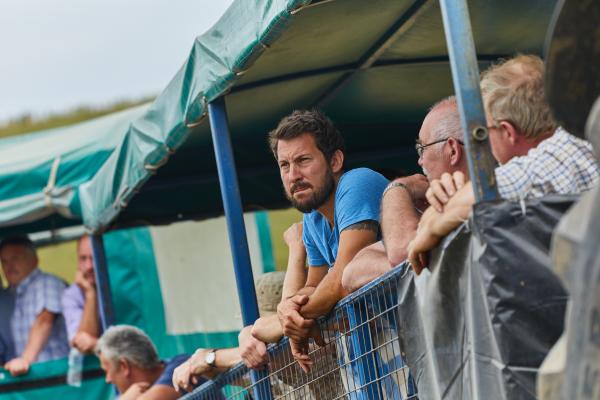 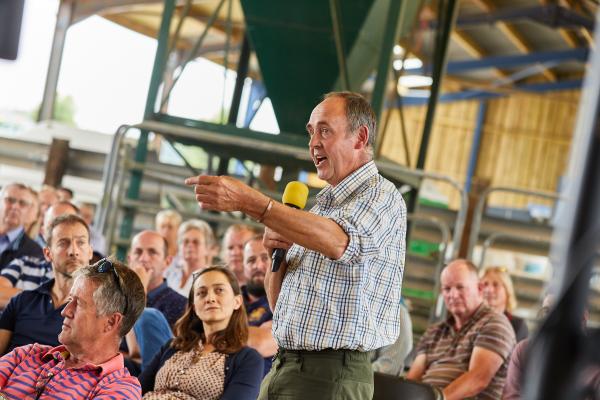 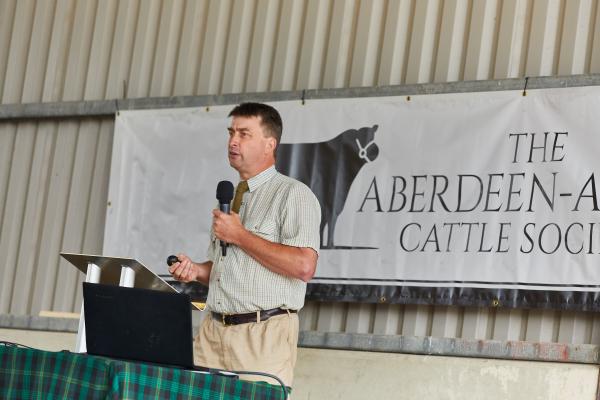 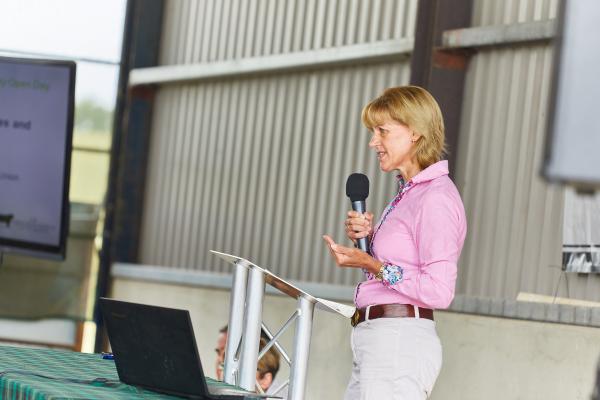 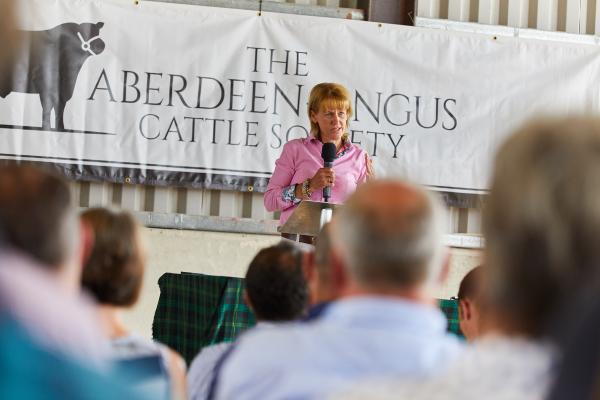 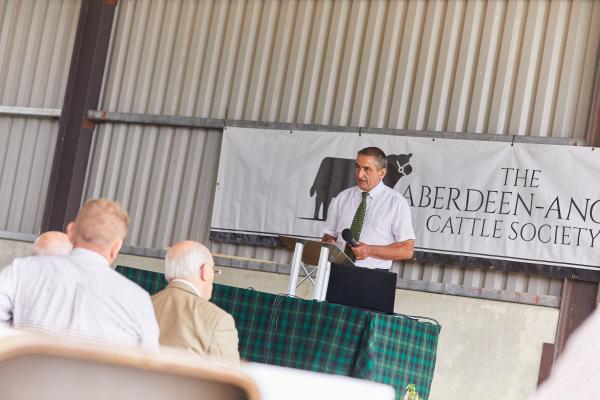 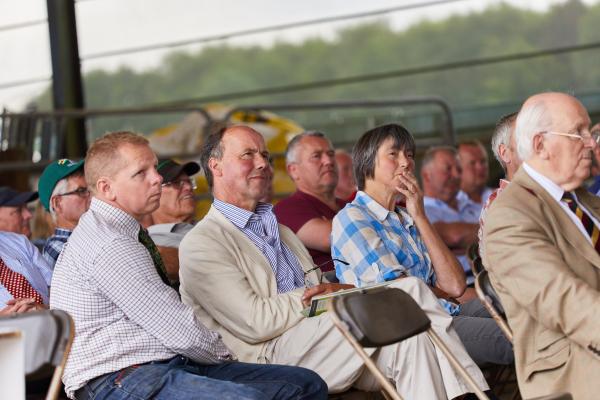 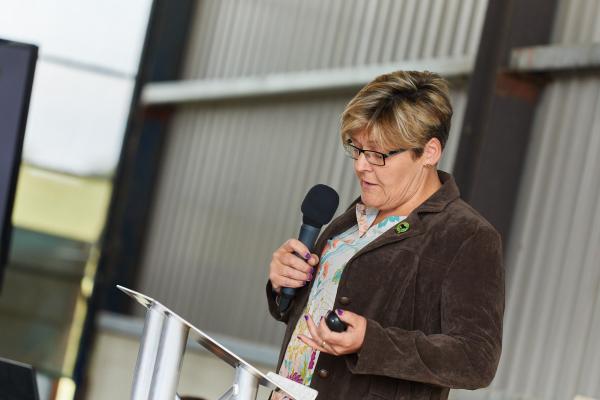 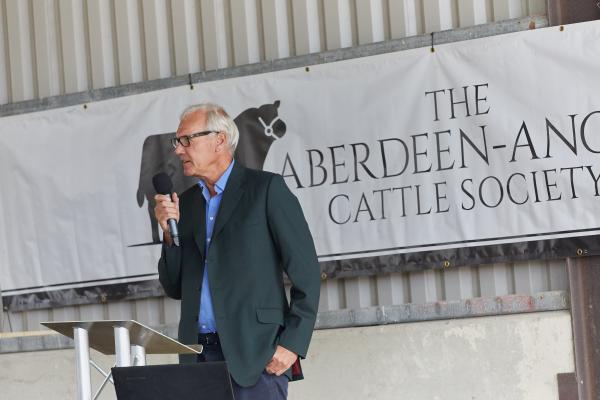