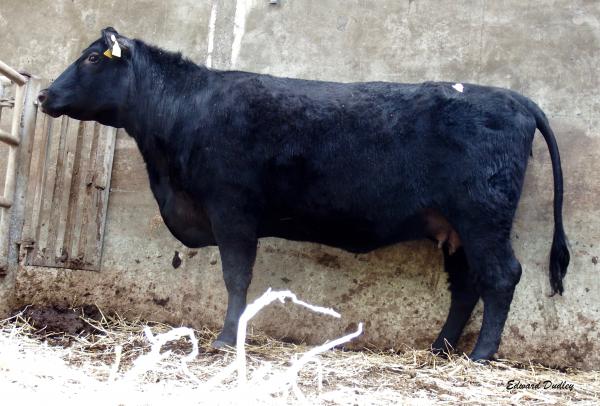 The well-known Gigginstown Aberdeen-Angus herd, owned by Michael O’ Leary of Ryanair fame and managed by Joe O’ Mahoney and Gerry Smyth, held their annual production sale of pedigree Aberdeen-Angus bulls and heifers over the weekend. The female offering sold best, resulting in an average price of €2800 with a 95% clearance. Meanwhile, the bulls completely sold out with a total 100% clearance, although the average price in the male section was well back on previous years at €2350.

The sale topper, between bulls and heifers, was the in-calf heifer, Gigginstown Blackcap R432 who sold for €3850. This 2 ½ year old heifer is heavily in-calf to junior herd sire, Luddenmore King Kong S273 and carries a four star replacement breeding index. This one is out of Gigginstown Black Bonny F357 who is a daughter of the Canadian cow, Belvin Blackcap 81’99 who was one of the foundation females at Gigginstown.

Second highest price in the female section went to another in-calf heifer, Gigginstown Lady Juliet S537 who traded at €3800. This one is sired by Friarstown Empire J160 and was scanned in-calf to the champion bull, Liss Bobby S653 who was purchased by the Gigginstown herd at the Irish Aberdeen-Angus Association Premier Sale last Autumn. This heifer was born in September 2016 and sold to Mr. Justin McCarthy, editor of the agri-newspaper, The Irish Farmers’ Journal.

The two youngest heifers in the sale, Gigginstown Ancestral Lady T598 and Gigginstown Gammer Girl T600 sold for €3500 each. Both heifers were born in January 2017 with the former sired by Idvies Euxand L505 and the latter sired by Friarstown Empire J160. Both heifers were maiden and boasted a five star and four star replacement index respectively.

The only red heifer in the sale, Gigginstown Red Top S545 secured the next best price of the day selling for €3300. Another daughter of Friarstown Empire J160, this one was born in September 2016 and was scanned in-calf to Liss Bobby S653. She sold to a young pedigree breeder from Co. Cavan.

The October 2016 born, Gigginstown Master Trick S557 sold next for €3250. This in-calf heifer was sired by Friarstown Empire J160 and is out of Gigginstown House Master N077, a Drumcarbin Lord Inver H088 daughter.

Turning to the male section, demand was less brisk although all 25 bulls on offer found new homes, which was an encouraging statistic, particularly in light of the low clearance at some of the major sales throughout the country in recent weeks.

Sale leader in the male section was Gigginstown Kingston S524 who sold for €3500. One of the oldest bulls on offer at 20 months old, this one is sired by the homebred stock sire, Gigginstown Vegabond P170 who is a son of Cashelane Marty F666 who had bred very well at Gigginstown for years. A double five star index bull on both terminal and replacement breeding values, this one also had one of the lowest calving ease figures catalogued and attracted a lot of interest in the sales ring. The second highest priced bull was Gigginstown Seacat S534 who made €3000. This bull was born in September 2016 and was sired by Friarstown Empire J160 and descended from the Canadian brood cow, Reich Sally 16G. 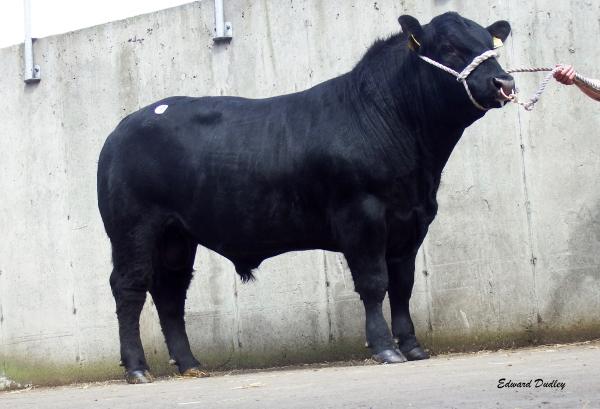 Finally, Gigginstown Gaffer Rocket S535 and the red bull Gigginstown Red Black Tie S555 sold for €2550 and €2500 respectively. Both bulls carried a double five star breeding index and both were born in the Autumn of 2016.

For more video highlights and behind the scenes action from Gigginstown, make sure to follow the Irish Aberdeen-Angus Association on Facebook, Twitter, Instagram and Snapchat for all the very latest news and updates from the Spring sale season.

Additional images from the sale are shown below: