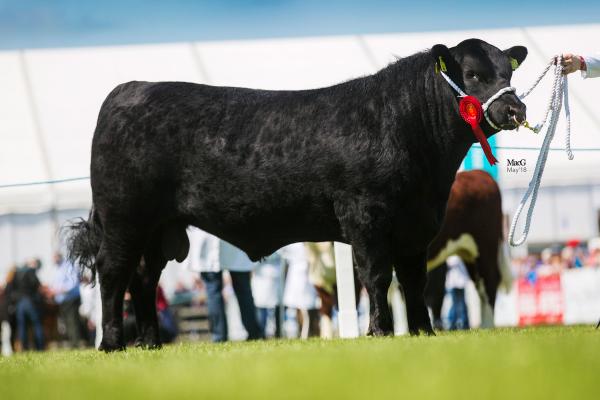 he Coolermoney Aberdeen-Angus herd owned by Co. Tyrone’s Adrian Parke and family have made an impressive start to the 2018 summer show season, winning championship titles at both Armagh and Ballymoney shows in recent weeks.

The Parke family’s Coolermoney Frances T703 (pictured above) took the top spot at Ballymoney, winning the championship under show judge, Mr. Alan Morrison of the Drummeer Aberdeen-Angus herd. This is the first major championship title for this young maiden heifer since securing the overall junior, reserve female & reserve supreme breed championship at the Royal Ulster Spring Show in Balmoral last month. This one is sired by Hallington Edition M362 and is out of Lough Erne Frances J014.

Standing reserve champion at Ballymoney was Macknagh Mills Dolly S731 exhibited by Michael Lagan, Upperlans, Maghera, Co. Derry. This September 2016 born heifer is sired by Blelack Evermore J231 and is out of a homebred cow by Fordel Eisenhower Y423.

Also taking top honours for the Coolermoney herd was Coolermoney Samson T725 who reigned supreme at Armagh Show, collecting the championship prize under show judge, Mr. Michael Smith of the Lawsonsford Aberdeen-Angus herd. This yearling bull was also the overall male champion at Balmoral and is sired by Cloghogmill Eric R233 who is a son of The Moss Quebec K027.

Richard & Fiona McKeown, Templepatrick, Ballyclare, Co. Antrim took the reserve championship at Armagh with Ashvale Victora T204. This yearling maiden heifer is sired by Carrington Park Time On B7 and is out of Old Glenort Victoria J573.