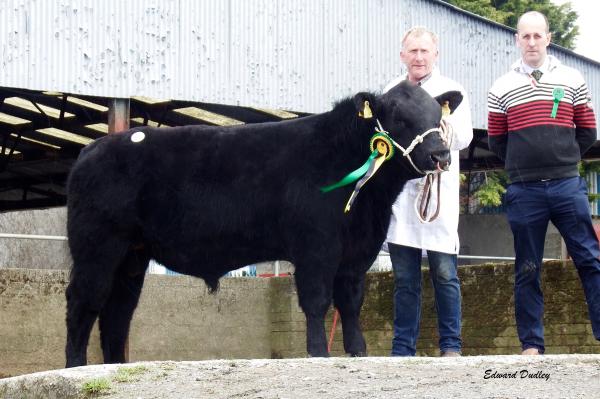 The 2018 Irish Aberdeen-Angus Association Premier Spring sale of pedigree Aberdeen-Angus bulls took place at Nenagh yesterday with a buoyant demand for bulls of all ages evident on the day.

The Liss Aberdeen-Angus herd of John McEnroe, Liss, Oldcastle, Co. Meath secured the top price of the sale, selling the 13 month old bull, Liss Matthew T695 for €3500. This one also took the reserve championship in the pre-sale show, under master judge, Mr. Eustace Burke of the Clontead Aberdeen-Angus herd. This one is sired by Mogeely Lord Harrow M191 who was the recipient of the Best Stock Bull prize at the Connaught/Leinster Herds Competition Awards last Autumn and is out of Liss Minree M415 who is a daughter of The Moss Ethelorance L132.

The day’s supreme champion, Drumcarbin Black Tarzan T255 exhibited by Shane McKiernan, Lacken Lower, Ballinagh, Cavan, Co. Cavan sold for the joint second highest price of €3300. This five star replacement index bull boasted the lowest calving difficulty figure of the entire sale, at just 0.8%. He is a son of the AI bull DMM Dynasty 03g and is out of the Black Beatrice cow line at Drumcarbin that descends from the Scottish bred cow, Rawburn Evening Star Z019. 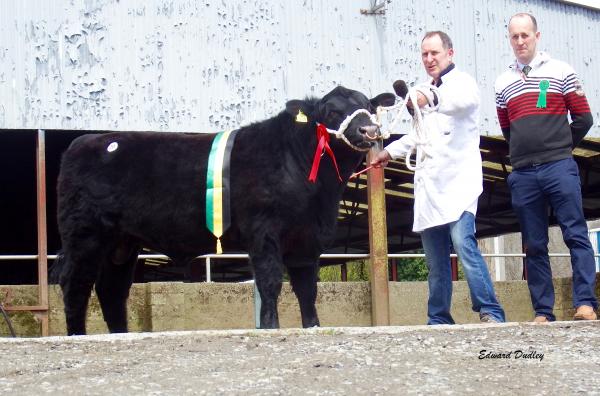 Also selling at €3300 to match the day’s joint second highest price was Sheemore Norman, bred by Paddy Farrell, Ballinwing, Carrick-On-Shannon, Co. Leitrim. One of the oldest bulls on offer, this one is sired by Lisduff Dandy K895 and carried a double five star terminal and replacement breeding index. He is out of a homebred dam, Sheemore Polly M372 and was a 2nd prize-winner in the pre-sale show. 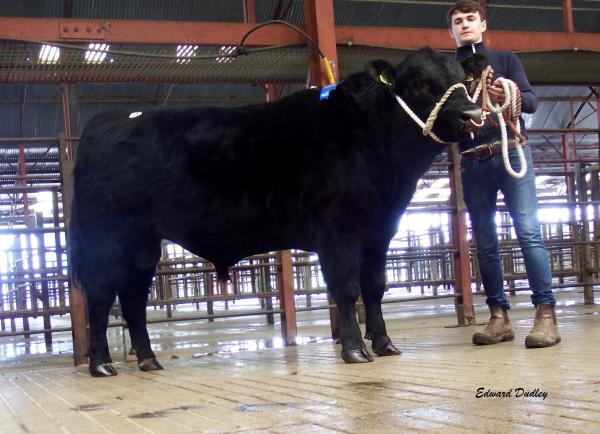 Shane McKiernan, Lacken Lower, Ballinagh, Cavan, Co. Cavan sold the youngest bull of the sale, Drumcarbin Lord Handsome T018 for €3250. This one had barely turned 12 months of age and is sired by Netherton Figo C244 and was a 1st prize-winner earlier in the day.

Overall, the sale produced a clearance rate of 80% with bulls selling to an average price of just under €2700 which is on par with last year’s sale average, despite much more challenging weather conditions this time round. It is also heartening to notice a significant increase in the clearance rate (up from 58% last year), which is testament to the strength and demand for the Aberdeen-Angus breed at present. 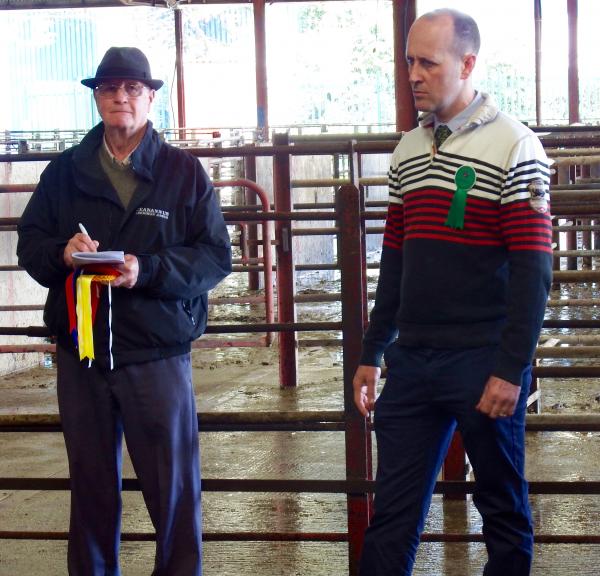 Also, don’t forget that the Irish Aberdeen-Angus Association is now live on all of the main social media platforms (Facebook, Twitter, Instagram and Snapchat) so make sure to follow us for all the best video highlights and behind the scenes action from the sale.