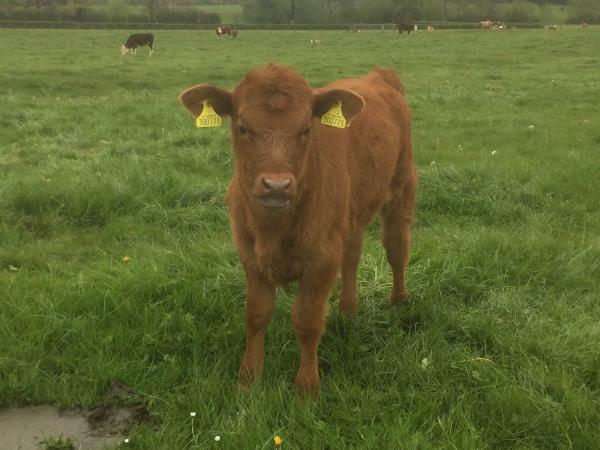 With the first of his Red Angus Herd available for sale at Worcester this Friday, we took the opportunity to learn a bit more about George Coles’ operation at Red Oak which he has run for a few years now.

In 2011 George Coles took over the running of the cattle enterprise at Owen Farms (Westbury) Ltd. Situated on the edge of Westbury on the Buckinghamshire / Northamptonshire border. The herd consisted of around 30 mainly Hereford X cows from the dairy industry whose offspring were being sold as store cattle. The farm is around 277 hectares and back in 2011 the farm buildings were about to be re-developed. This gave the owners and George the ideal opportunity to reassess the cattle enterprise.

With a massive investment by the owners and George’s know-how, a completely new state of the art beef unit was built and George set about getting the stock numbers up. This led him to start calving all the commercial heifers at two years of age and to do this, he started to use Aberdeen-Angus sires. All the older animals were run with a Simmental bull to provide heifers for the herd, and all the young animals were artificially inseminated to an Angus bull. Using the Angus guaranteed an easy calving and also gave another mix to the breeding; in fact George was so impressed with some of the Angus X Simmental heifers that they were also retained for the herd.

In 2014 George took the next step in improving the cattle herds at the now- named Red Oak Farm. He decided to establish his own pedigree Simmental herd and, along with the owners and good friend Ricardo Truffer, an Argentinian farmer, they decided to start a Red Angus herd with genetics from Argentina.

George had the theory that Red Angus X Simmental could be a very good combination and he also liked the idea of bringing some new blood to the British Red Angus herd. It was at this time that a Red Angus bull was also purchased from the Hawkley herd to run with the heifers.

Today George is running three herds at Red Oak Farm: Red Oak Simmentals, Red Oak Red Angus and the Red Oak Commercial herd. In total he is calving 90 cows in the spring, 10 in the summer and another 20 in the autumn. Everything is sold from the farm as either finished animals or breeding animals.

The Angus X Simmental cows have proved to be a real asset to the commercial herd and now make up about a fifth of the herd. They produce a quality Red Angus calf and are very low maintenance. George also still artificially inseminates any retained young heifers and some of the cows to ease the bull’s workload a little but now he only uses Red Angus semen.

The red Angus steers finish excellently, as proved last year when the first ones were slaughtered and the majority of them achieved a U grade at around 350 to 370kg deadweight at around 20 months old. George also likes the way the Angus calves are up and away at birth, saying, “they are almost looking for the teat as they hit the floor” he says.

The pedigree Red Angus herd is only just ready to start to sell some stock. At the Spring Show and Sale at Worcester on the 13th April Red Oak Red Angus will be offering for sale the first two bulls born in this country from the Argentinian embryo transfer program with Ricky. The first heifers born are also due to calve in the summer, they have been served by Lenny, one of the bulls offered for sale; this will keep the Argentine blood lines going for a little longer.

The Angus breed has a big place in the commercial herd at Red Oak Farm, its ease of calving and low maintenance are both major factors that will see numbers increase as the herd moves towards its goal of 150 commercial cows.

George is passionate about the health and welfare of all his cattle, which has led to him pioneering diagnostic thermal imaging to the agricultural livestock sector. He has also been working towards Hi-health elite status and is very close to achieving this. The herds are BVD free, Johnes level 2, Lepto first qualifying test done and monitoring for IBR. George is now looking to sell surplus commercial heifers on as breeding animals.

Here are some photographs from the Red Oak operation: 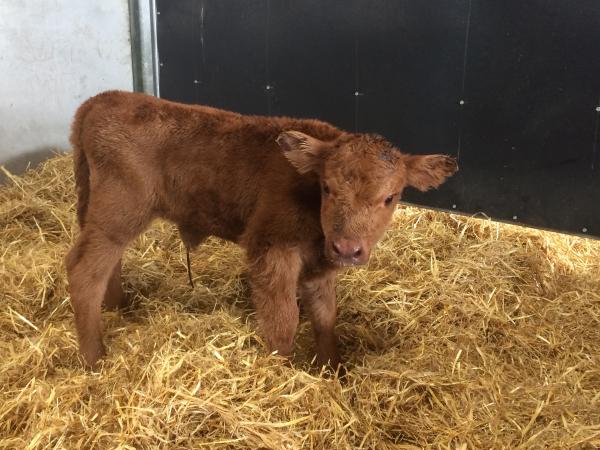 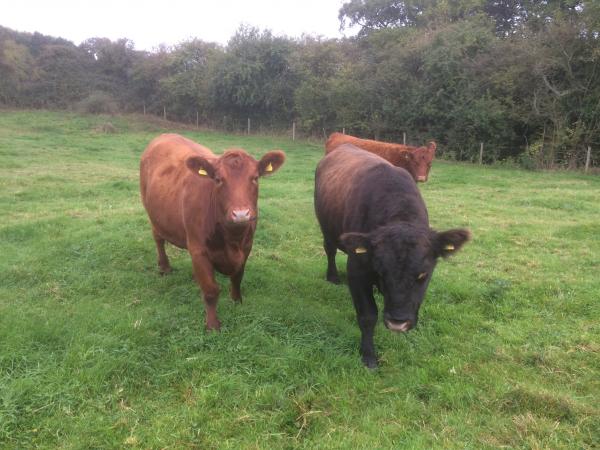