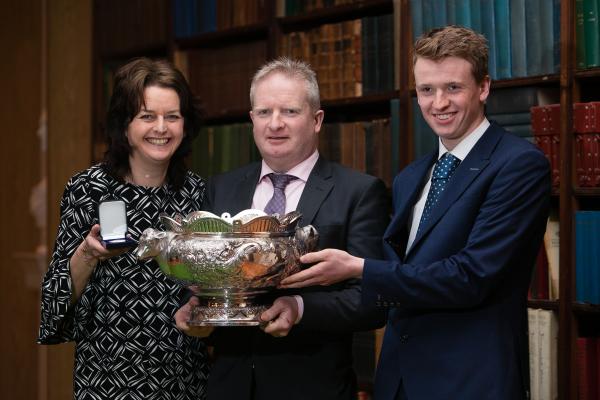 Cheeklaw Emlyn P480 is sired by Cardona Proud Punch L752 and is out of Cheeklaw Emily K381, who is a Bunlahy Bilty G202 daughter and was imported from the UK some years ago. Currently standing as junior herd sire at Birches, 2017 proved to be a spectacular year for this junior stock bull, as he secured the biggest title of the entire showing calendar with his supreme championship win at the 2017 All-Ireland Aberdeen-Angus Championships in Newry last June.

Last year’s All-Ireland finals were the highlight of the Irish leg of the World Angus Forum and all classes were fiercely contested, with the very best pedigree stock both sides of the Irish border competing for the top prizes and it is testament to the exceptional quality of this young bull to emerge victorious in the face of such top quality competition.

This major All-Ireland championship title was backed up by further successes at the Royal Ulster Agricultral Society Spring Show in Balmoral where he took the reserve male and reserve supreme breed championship. He also won the Best Stock Bull prize at the season-ending 2017 Northern Ireland Aberdeen-Angus Club herds competition awards where the Birches Aberdeen-Angus herd also claimed the top spot in the Best Medium Herd category at the same awards.

The RDS Champion of Champions award is the crowning glory to an already exceptional show season for the Birches Aberdeen-Angus herd and the Irish Aberdeen-Angus Association would like to extend its warmest congratulations to the Matchett family on this richly deserved accolade.

Some photography from the ceremony: 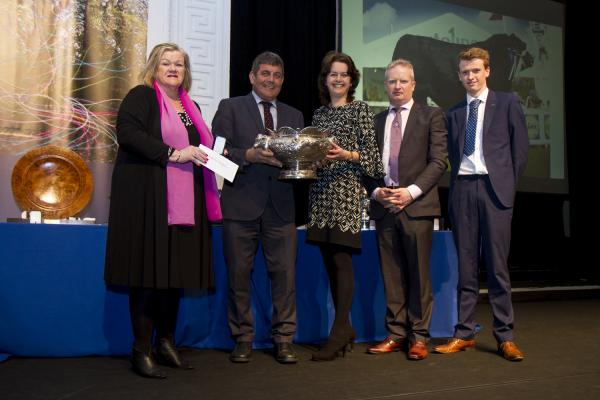