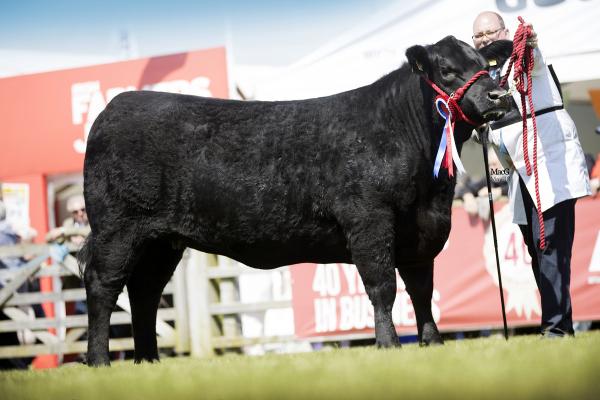 An outstanding heifer that ticks all the boxes was how English judge Lisa Frain described the Aberdeen-Angus champion at the Royal Ulster Agricultural Society’s 150th Balmoral Show.

Catching Lisa Frain’s eye to secure the breed plaudits at the anniversary event was the in-calf heifer Taugh Blane Blackbird Special ET S367 shown by Gary Hanna on behalf of Iain Colville from Newtownards.  This twenty-six-month-old heifer is a daughter of Rawburn Boss Hogg ET N630, and is bred from Croftburn Blackbird ET H331.

Mr Colville is a barrister in London, and founded the Glen Cowie Herd four years ago with the purchase of females from the Taugh Blane, Cheeklaw and Belhaven prefixes. The herd currently has 21 breeding females, and chalked up its first supreme championship after just three years of showing at Balmoral. Mr Colville secured Balmoral’s best of opposite sex award with the senior cow Belhaven Zephyr L370 in 2017.

“The supreme overall champion was faultless, and is a fine example of the Aberdeen-Angus breed,” said Mrs Frain who runs a livestock haulage business alongside 14 pedigree females in her Cornwall-based Allabury Herd. “The champion oozes femininity and breed character. She has excellent locomotion and great ring presence, and is my ideal type of animal.”

Females dominated the championship line-up with the reserve supreme award going to the Parke Family – Adrian, Graeme, Aaron and Gemma from Strabane. Coolermoney Frances T703 emerged as the winner of the 12-strong junior heifer class, and also secured the junior championship and exhibitor-bred rosettes. Sired by Hallington Edition M362, this fifteen-month-old was bred from the privately purchased Lough Erne Frances ET J014 – one of seven cows in the herd. 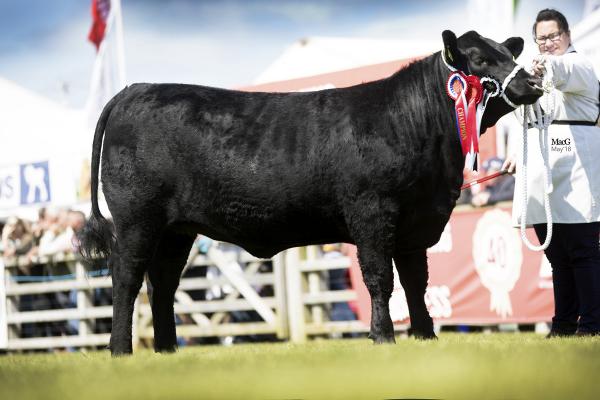 “This is another super young heifer with fabulous locomotion. She has clean lines, great breed character, and isn’t over fleshed. A future star in the making,” added the judge.

The second placed junior heifer Ember Princess Lil T251, bred by Freddie Davidson from Banbridge, was the winner of the reserve junior and reserve exhibitor-bred championship awards. Born in February 2017, she is by the herd’s former stock bull Birches Lord John M052, and is out of Drumcrow Princess Lil K426. 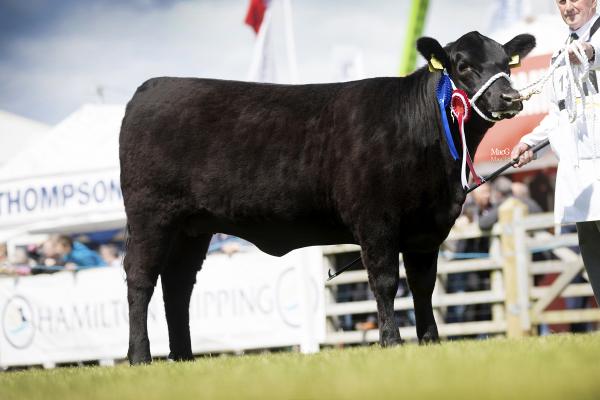 Mr Davidson founded the Ember prefix in 2011 and currently manages a herd of 17 breeding females. Ember Princess Lil T251 was reserve female champion at the NI Club’s calf show, and is a full sister to the 2017 Balmoral junior champion.

“I absolutely loved this very sweet heifer,” said Lisa Frain. “She is stylish and full of quality, but on the day was over powered by the class winner.“

The Parke family also secured the trophy for the best of opposite sex to the champion with their thirteen-month-old bull Coolermoney Samson T725. Sired by Cloghogmill Eric R233, his dam is The Moss Saville L073. 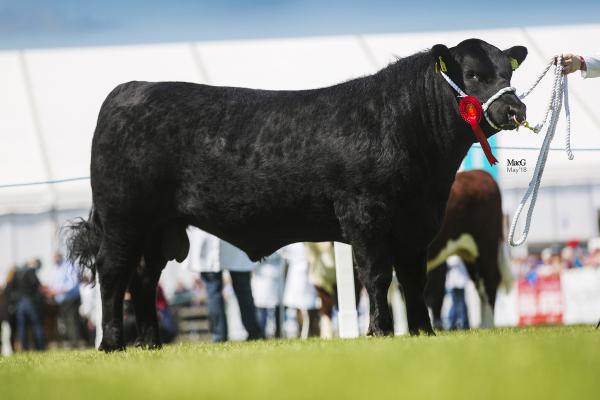 Coolermoney Samson was a class winner at the Dungannon calf show, and scooped the reserve calf championship at the Pedigree Calf Fair in 2017.

Lisa Frain continued: ”There were eight entries in the junior bull class. It was a mixed class with a range of different types and ages of bulls. The top four were all good, but the class winner is an outstanding young bull.”

Aberdeen-Angus Cattle Society president Angela McGregor joined with Lisa Frain to congratulate Balmoral Show on its 150th Anniversary, and praise the quality of the animals on parade. “Numbers were lacking, but the quality was evident throughout the classes. Congratulations to all of the exhibitors on a well turned out entry of Aberdeen-Angus cattle.” 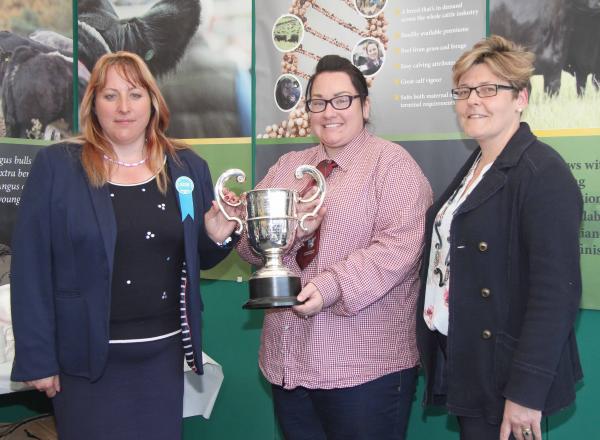 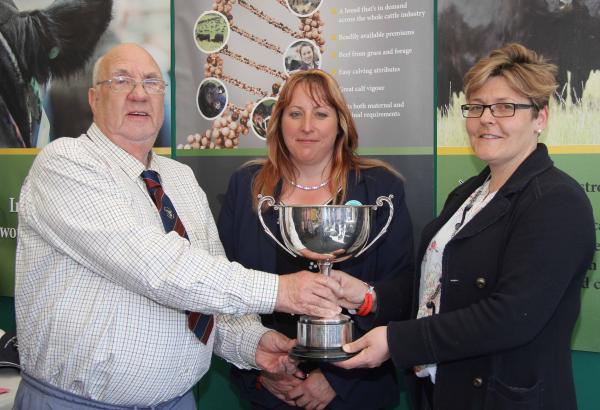 Drumlister Trophy, for the best of opposite sex to the champion: Adrian and Graeme Parke, Coolermoney Samson T725. 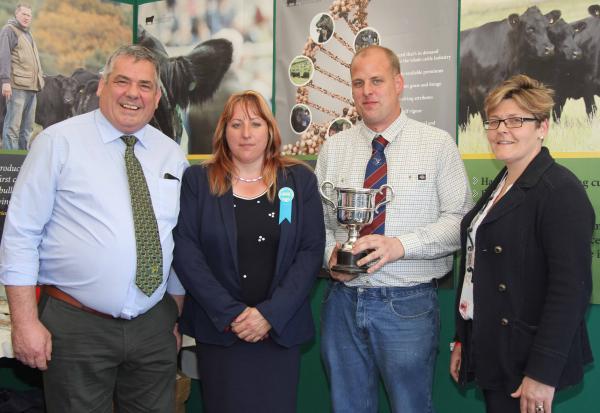 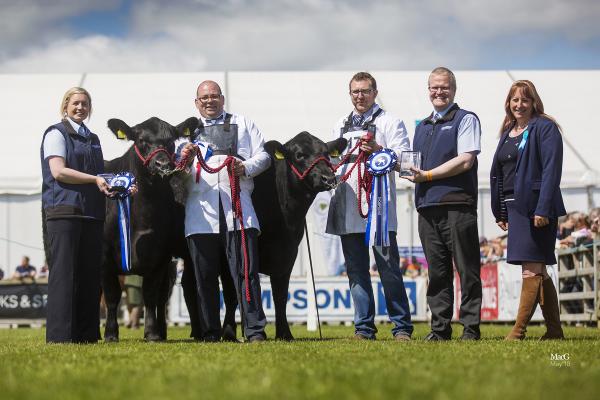 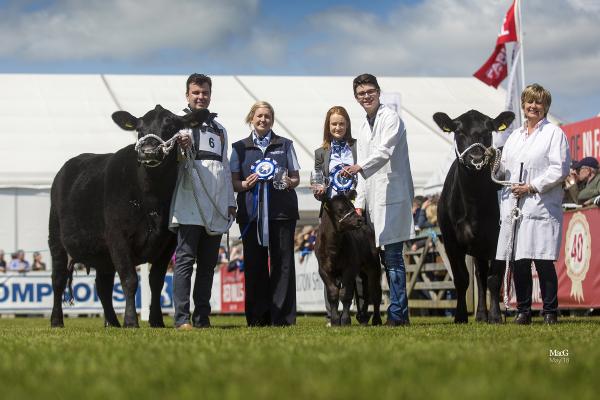 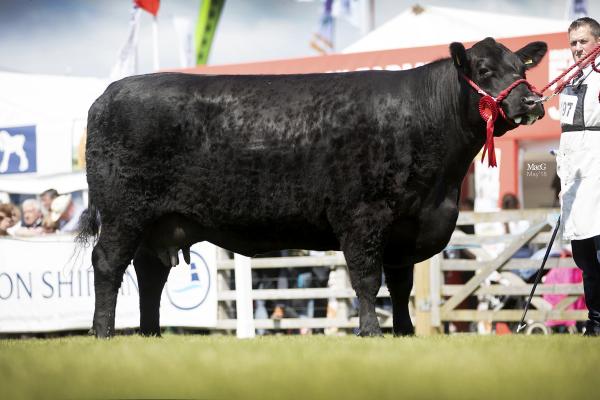 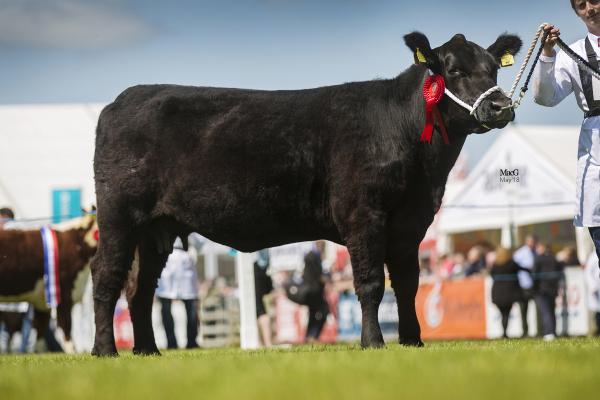 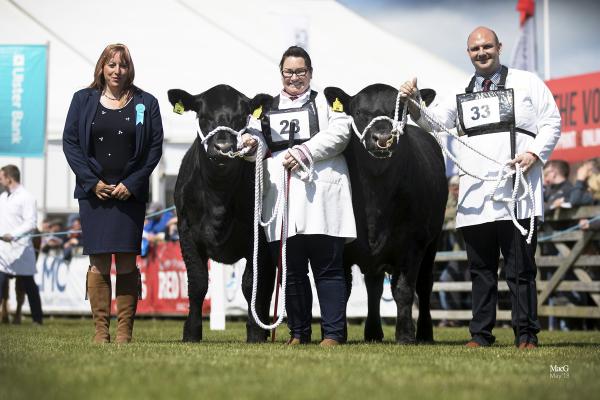