Aberdeen-Angus bulls to 3,800gns at Dungannon 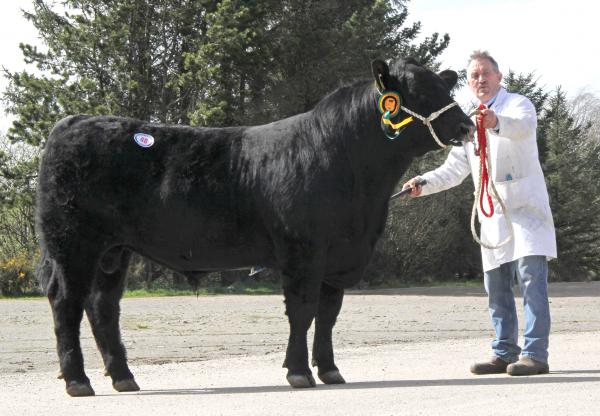 Aberdeen-Angus bulls reached a ceiling of 3,800gns at the native breeds show and sale, hosted by Dungannon Farmers’ Mart.

Following a 60% clearance auctioneer Trevor Wylie confirmed that nine bulls changed hands to level at £2,847 – down £198 on last year, but with five more bulls sold.

Topping trade was the second prize winner Drumlone Manhattan T132 bred by Kenneth Veitch from Lisbellaw. This fifteen-month-old bull was sired by Blelack Prince Consort A286, and is bred from the Dalrene Crauz 11F daughter Drumlone Mandy L714. The closing bid came from Mervyn McCombe from Strabane.

Also selling at 3,000gns was the Cardona Fergus N892 son Old Glenort Black Bingo S283 TSI+33 SRI+40 consigned by James Porter, Gillhall Estate,  Dromore, Co Down. With a milk value of +12, and an eye muscle score of +4.4 in the top 30%, this two-year-old bull was snapped up by F Warwick from Moorefields, Ballymena. 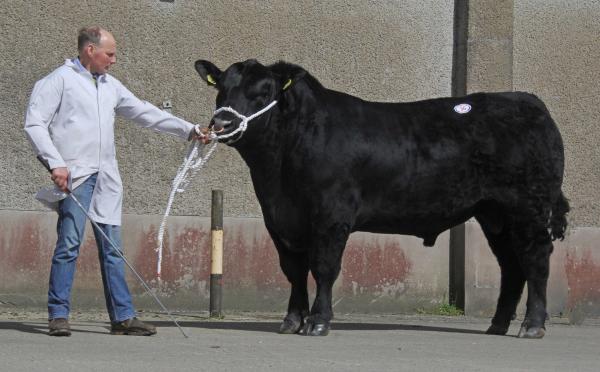 Following close behind at 2,900gns was the fourth prize winner Island Farm Esquire S316 ET TSI+33. SRI+42, bred by Kevin McOscar from Cookstown. Born in November 2016, he is by Retties JFK M195, and is bred from the Nightingale Ernie B133 daughter Blelack Eyrie G197. This one is in the top 20% for milk +15, and sold to Robert Anderson from Richhill.

The April 2016 Drumawhey Piper S091 TSI+24 SRI+29 came under the hammer at 2,700gns for Timonthy Scott from Newtownards. Sired by the Irish-bred Clooncarne Kyle, his dam is the Cheeklaw Eirwyn D165 daughter Drumawhey Pinky Perky K133. Buyer was Peter McKeown from Camlough.

Also selling at 2,600gns was the March 2016 Lurgaboy Archie S867 bred by Joe Conlon from Markethill. This one was sired by Wall Royal Leo L837, and is out of Penguin Annie K427. He sold to A McNeice from Keady.

The pre-sale show was judged by freelance stockman Keith Jempson from Banbury in Oxfordshire. He awarded the male championship to the September 2016 Hazeldene Emerson S304 TSI+33 SRI+49 bred by Andrew Napier, Ballynahinch. Sired by jointly owned stock bull Woodvale Top Papa P692, he is out of the Woodvale Elixer L294 daughter Hazeldene Eyrie P902 – one of five cows in the herd. Mr Napier founded his herd seven years ago, and was delighted to secure his first-ever championship rosette. 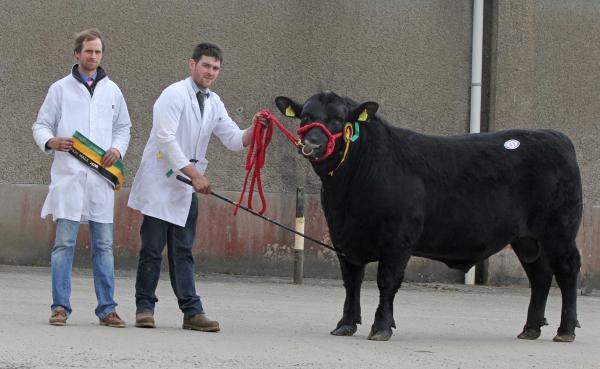 Runner-up in the male championship was the August 2016 Racrane Prince North S472 bred by Robert Black from Omagh. He is by Rawburn Edge J983, and is out of Baronagh Penelope L531. Buyer at 1,800gns was Neil Watson from Dungannon. 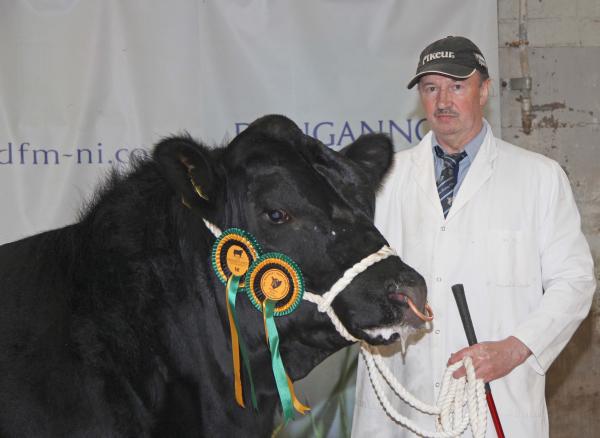 Claiming the female championship was Island Farm Florance S272 from Kevin McOscar’s 15-cow herd in Cookstown. She is daughter of Blelack Duke J262, and is bred from the Lockerly Kobra H954 daughter Glenbuchat Fearn M345. This May 2016 heifer sold at 2,000gns to pedigree breeder Mark Clements from Magherafelt. 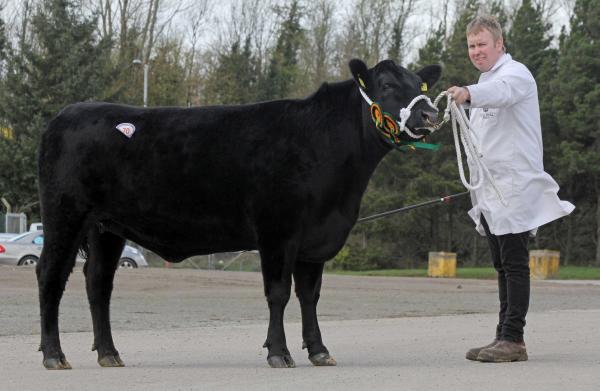 Results from the judging ring….