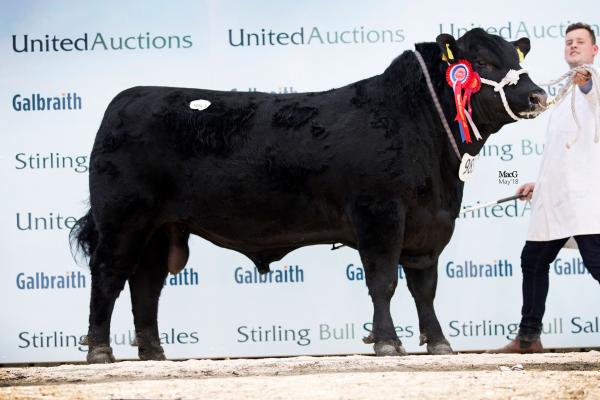 The 2018 Spring Show and Sale of Aberdeen-Angus at Stirling Agricultural Centre took place on Sunday 6th and Monday 7th May, with an 81% clearance rate seeing 30 sold in total and the average up £98 on this time last year at £4,452. The day’s champion was announced as Tonley Ernie S352 of the Wattie family at Mains of Tonley in Alford, who later went on to top the sale at 6,500gns to Jenkinson Ltd. Ernie is a son of Tonley Anelka N946 and out of Tonley Emiline K723. Tonley Anelka’s first son was reserve junior champion at Stirling back in February, selling for 10,000gns. Reserve Champion went to a bull from the Blelack Herd in Blelack Proteus, later becoming one of five to sell for 6,000gns. This one from Graeme and Neil Massie is by Hallington Principal M367 out of Blelack Princess L775 and was purchased by the Macmillans at Ballimartin Farm, Ballygrant, Islay. 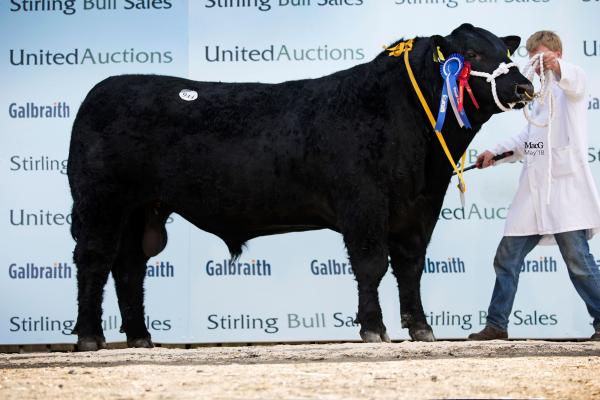 Emma Hodge from the Rulesmains herd was the Aberdeen-Angus judge on the day and we spoke to her to hear her thoughts on the show and sale. Speaking of the events at Stirling, Emma said:

“It was great to see so many quality bulls in show, making the judging very close! The Champion Tonley Ernie S352 was a clean and eye-catching bull that really stood out to me, followed by the Reserve Champion Blelack Proteus S653 which was another strong and striking bull.’’

Selling the Aberdeen-Angus breed for the first time was Ross Fotheringham from United Auctions. After having expertly auctioneered the entries at Stirling, Ross said:

”The event was a great success for the breed. Emma Hodge did a fantastic job of judging the pre-sale show, choosing the most sought-after bulls. It is positive for the Angus breeders to see continued demand for their cattle with the sale average up on the year and a fantastic clearance. United Auctions are grateful for the support of their vendors and purchasers, delighted with the event and positive all the vendors were too.’’

Two more from the Neil Wattie’s Tonley herd also go for 6000gns in Tonley Equador S305 and Tonley Paprika S308. Equador is by Blelack Evor H929 out of Tonley Equidora G448 and was sold to Easter Tulloch Ltd of Laurencekirk. Having been used on cows for a month in September, the second in class Paprika is by the very correct Tonley Essien N955 out of Tonley Princess P023 and was sold to Andrew Mylius of St Fort Farms in Newport on Tay. 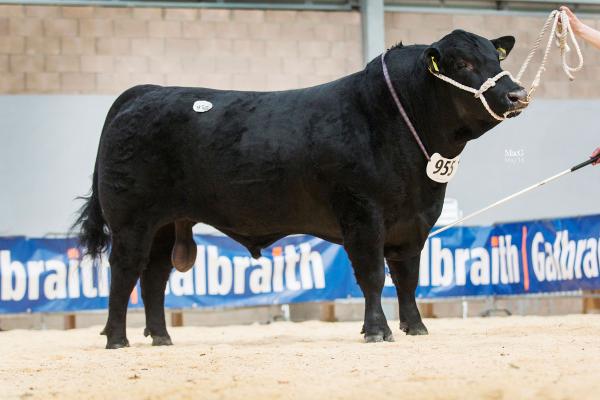 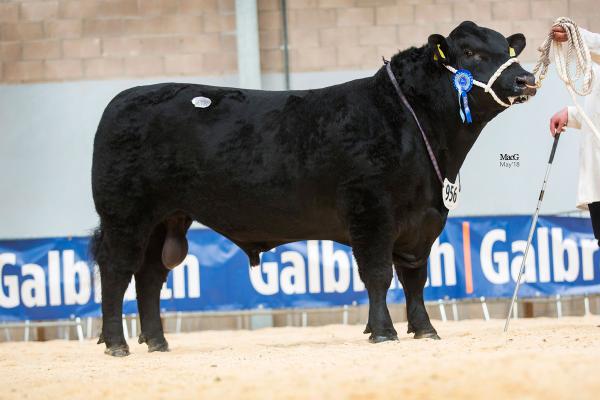 Also at the 6,000gns mark was the 1st in class Belhaven Iron Man S137 of J Gilmour and Co Ltd who was sold to Mountquhanie Farms in Cupar. This one comes from strong performing lines with dam Belhaven Island Girl P090 a 2nd prize winner at the 2015 Royal Highland Show and sire Billinge Magic Jack Eric M176 having sired the reserve supreme champion at Stirling in February 2016. For the same cost was Donald Rankin’s Kilmaluag Lordoftheisles S197, by Retties JFK M195 and out of Mosston Muir Lady Iris K259. Donald Rankin from the Isle of Skye sold this one to W & AM Aitken of West Linton in Peebleshire. 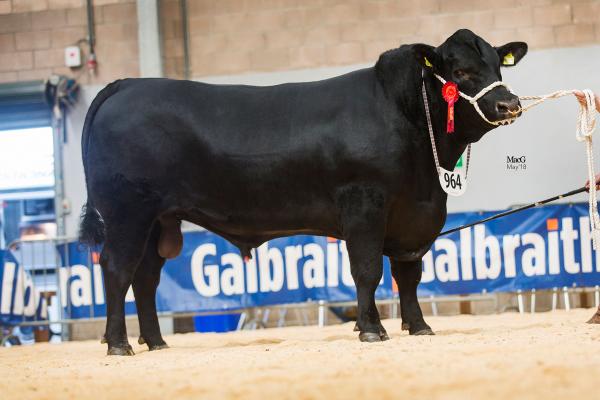 Two bulls made 5,800gns in the ring, the first of which was another from the Wattie family in the third placed Tonley Pascal S335 who was purchased by KM Fraser. Pascal is out of Tonley Princess M836 and is a first son of Tonley Evor P044 who was supreme champion at Stirling in February 2016 and sold for an impressive 24,000gns. Also making 5,800gns was another from Graeme and Neil Massie, Weeton Lord Ragnor S493 who was first in class in Sunday’s show. A full brother to Wall Lady Ruth, champion at the Royal Highland and Yorkshire Shows, Lord Ragnor by Rawburn Elysium F547 out of Wall Lady Ruth E397 was sold to Lockhart and Son of Dumfriesshire. 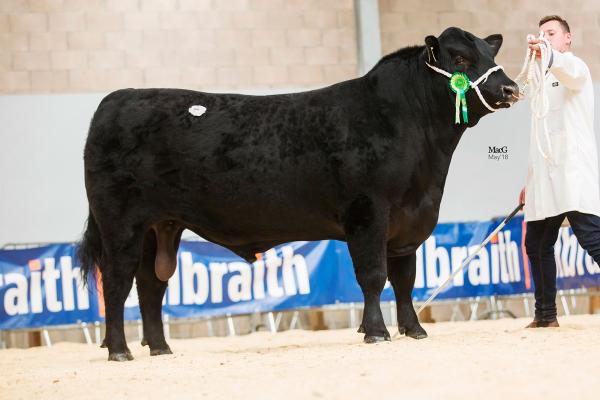 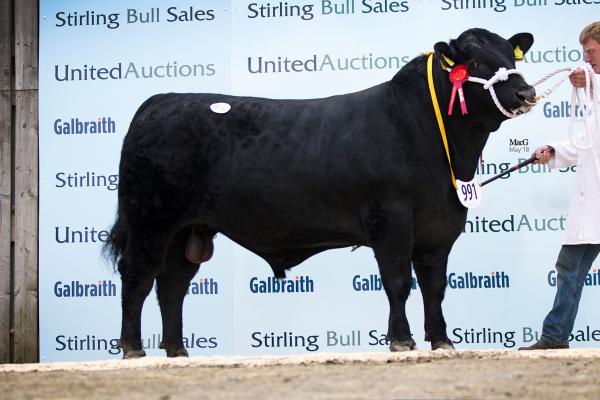 On a strong day for the Aberdeen-Angus breed with a great clearance rate and increase on the year, some of the other top prices included:

For full list of prices from the sale at Stirling Agricultural Centre, head over to the website at: http://aberdeen-angus.co.uk/news/sale-news/all-prices-from-today-at-united-auctions-for-the-may-2018-stirling-bull-sales/. You can also view a round up of the results from all show classes at: http://aberdeen-angus.co.uk/news/show-news/stirling-bull-sales-may-2018-full-results/. Here is a selection of other photography from the days at Stirling: 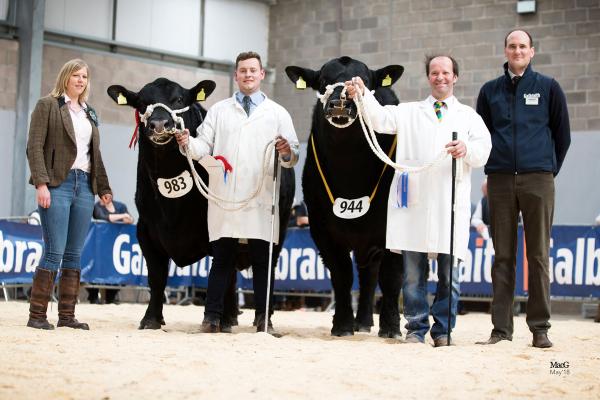 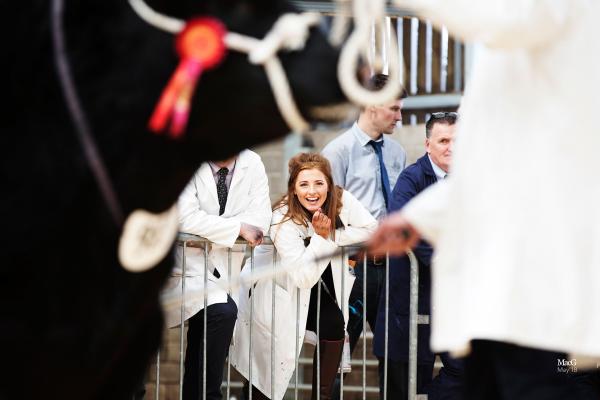 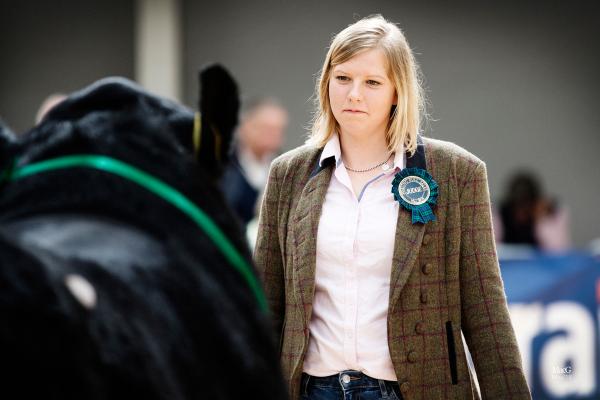 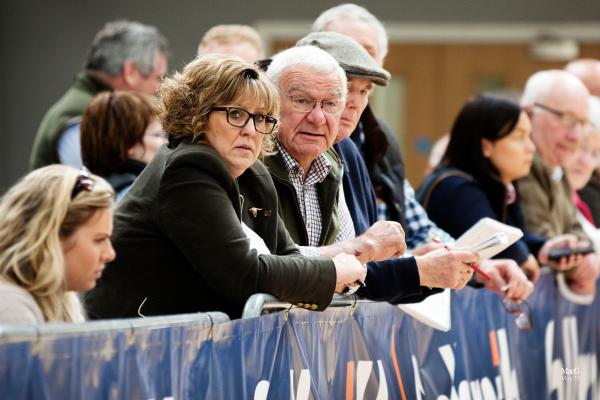 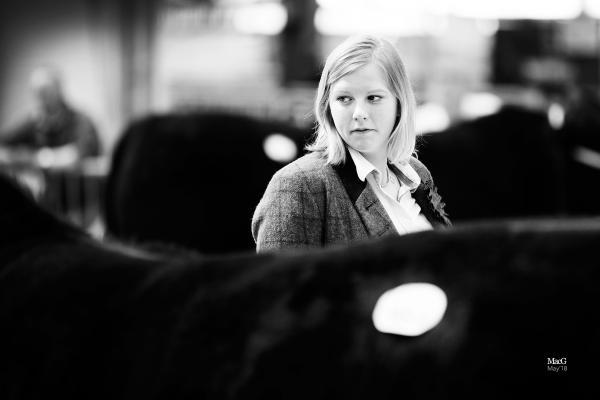 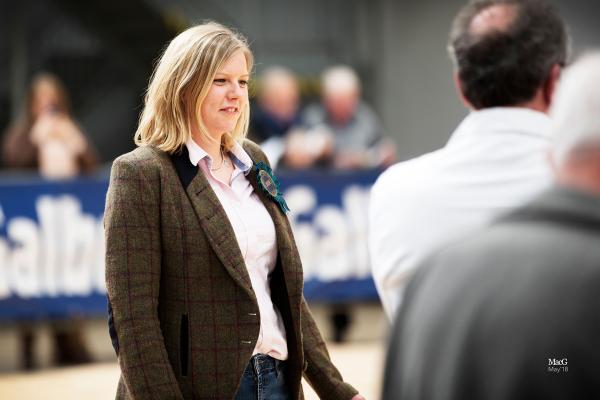 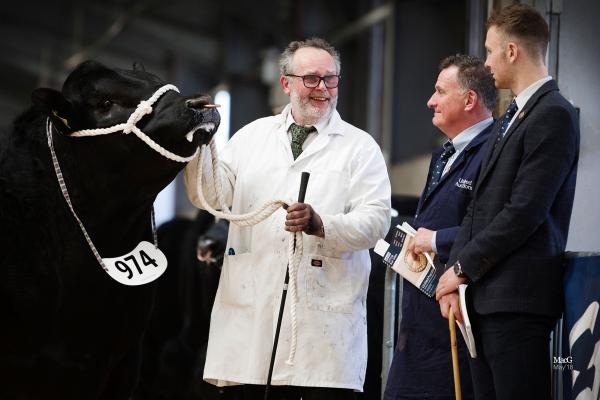 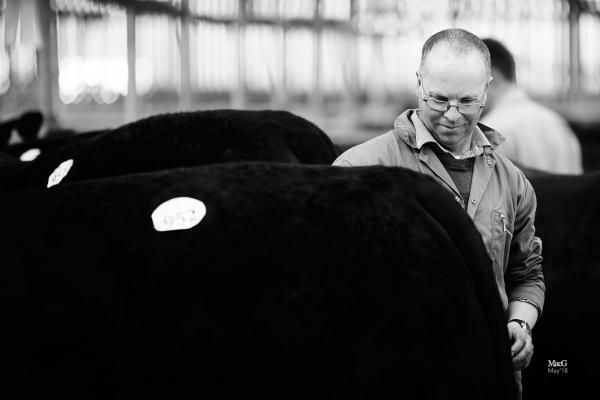 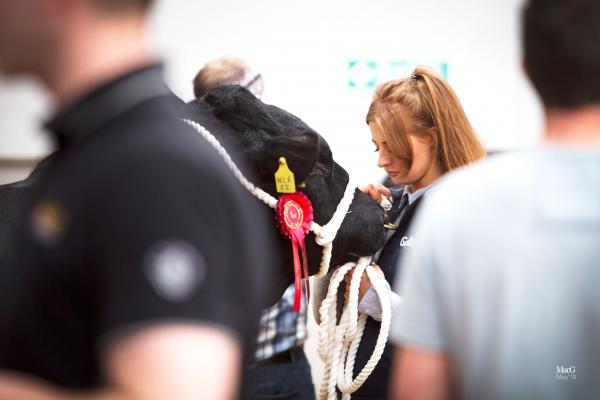 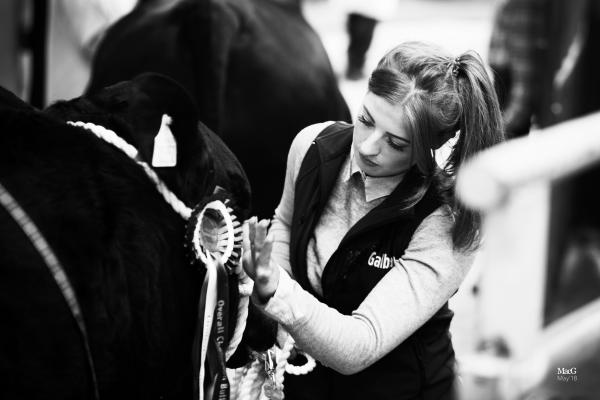 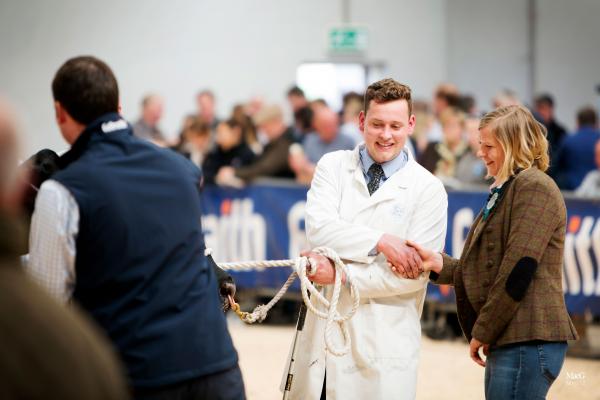 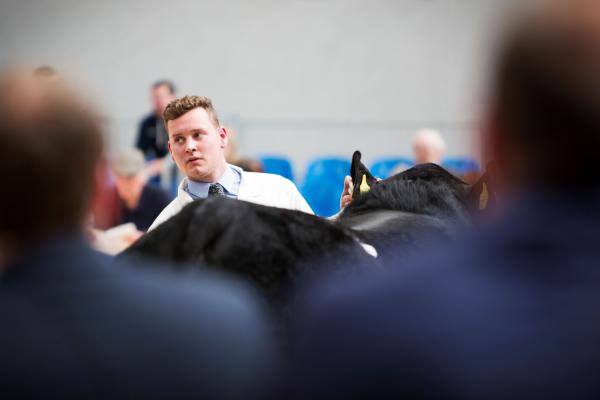 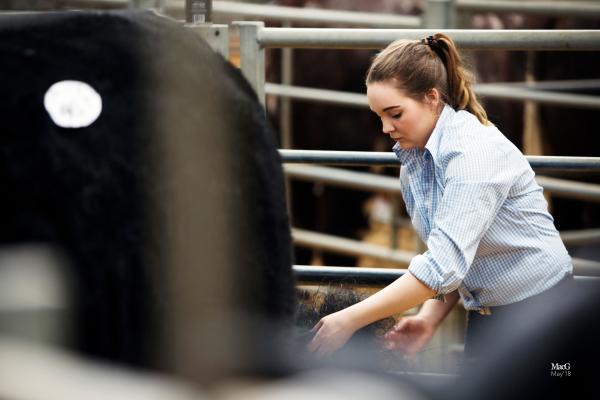